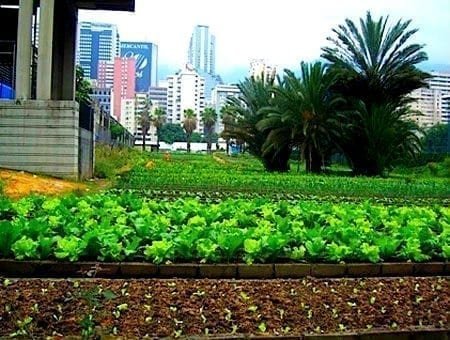 If you haven’t yet heard about guerrilla gardening, you’ve been asleep for the last 360 years. Or at least that’s what David Reynolds, founder of www.guerrillagardening.org might say. Reynolds’ book, On Guerrilla Gardening (£8.99, Bloomsbury), traces the activity back to the seventeenth century, when Diggers protested against land ownership laws and fought for their right to cultivate common land in the face of sky-high food prices.

Snap back to 2014 and guerrilla gardening is a burgeoning global activity. Neglected territory is adopted, transformed and beautified with plants: life seeded in ever-sprawling patches of hostile, disused land. It unites cells of political activists and nature-lovers, and inspires acts of solitary defiance against the wasted potential of unloved space. According to Reynolds, it’s ‘for anyone interested in the war against neglect and scarcity of public space as a place to grow things’.

guerrillagardening.org is now also a growing arsenal for anyone interested in the war against neglect and scarcity of public space.

There are laws against cultivating land you don’t technically own, but guerrilla gardening has flourished as an urban, underground activity. As Reynolds puts it, it’s a way to ‘fight the filth with fork and flowers’. Its illegality is absurd and usually ignored – particularly as all evidence suggests that more green space and contact with nature are key drivers for a healthier, happier society.

Whether it’s a bus stop or a brick wall, it’s easy to transform a local blank canvas into a community project to be proud of. But don’t be tempted to don a balaclava and a miner’s lamp as you creep through the shrubbery with a trowel. You’ll be arrested, but it’ll be for different reasons.

How to throw a seed bomb

Patches of urban land can be hard to reach, and developers might want to make public access as difficult as possible. But you don’t need to spend hours on your knees with a trowel to bring life back to the land. Seed bombs, or ‘green grenades’, are perfect for guerrilla gardeners that want to push the limits – or don’t want to spend too much time at the scene.

The idea is to combine soil and seeds in some sort of biodegradable container, which can be thrown from a train or car window or lobbed over a fence into an otherwise inaccessible area. Here are some of the designs Richard Reynolds has come across, along with their pros and cons.

Japanese biologist and farmer, Masanobu Fukuoka, is credited with the design of the classic and most widely used seed bomb. Mix clay soil (or potter’s powder), compost and seeds in a ratio of 5:1:1, using water to bind. It’s an easy and cheap method that requires only natural ingredients, but the clay can bake solid and prevent – or at least slow down – germination.

Darren, a guerrilla gardener from Scotland, designed and creates these seed bombs from recycled paper, egg boxes, compost and seeds, as well as the odd teabag. You can buy them ready-made online, along with detailed instructions on how to use them, but they need to be handled carefully and require quite a lot of rain.

Guerrilla gardeners Ella 1305 and Aime 1306 invented this method in 2007. The white and yolk are sucked out of a raw egg through a tiny hole in the shell, and then seeds and a bit of peat are dropped in. They’re fiddly to make but are easy to carry in an egg box and only natural ingredients are used.

The seed balloon was devised in 2009 by guerrilla gardener Vanessa 6111. A biodegradable rubber balloon is filled with helium and seeds before being released into the unknown. These balloons can travel far and wide, but lack any kind of accuracy. The rubber will also take a long time to break down, which could affect the seed germination.

Another of Vanessa 6111’s creations, the seed pill holds a mixture of seeds and compost inside an empty biodegradable pill capsule. Designed to fracture on impact, the seed pill is easy to carry and throw, though it’s fiddly to make.

Keep your eyes peeled for a patch of unloved land; you might be surprised by the number of local areas that are ripe for the guerrilla treatment.

Talk to your local council beforehand; when it comes to criminal damage there’s no legal distinction between felling or planting a tree on land that’s not ‘yours’. Bonkers, we know.

Go for something hardy that can look after itself. Lavender and thyme look and smell great without needing much attention.

You can do more as a group; www.guerrillagardening.org has a community page for planning activities and sharing tips and advice.

Under cover of… Dusk

Local authorities will likely turn a blind eye, but going out in the evening will reduce the chance of unnecessary confrontations.