Have your say on glysophate 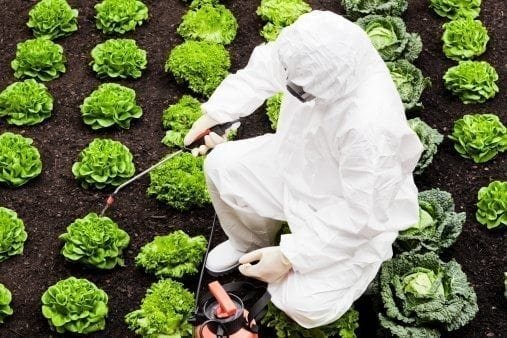 Today (08 February 2017) marks the launch of a European Citizens Initiative (ECI) that calls on the European Commission to ban the controversial weed killer glyphosate, reform the pesticide approval procedure and set EU-wide mandatory reduction targets for pesticide use.

It provides an opportunity for the people of the EU to show just how much they want to see those changes adopted.

You can support the initiative by signing the petition here

1 million signatures are required in order to make the European Commission take action, and it’s thought there are enough concerned citizens in the EU to make that possible.

An overwhelming majority of EU citizens want to see the controversial carcinogenic herbicide glyphosate banned from use. It nearly happened in late 2016 when the reauthorisation for 15 years was postponed and glyphosate was given a temporary 18-month approval while further toxicological tests are undertaken.

Glyphosate was classified as a probable human carcinogen by the World Health Organisation in 2015 – this led to huge debate in the EU about whether the herbicide should be approved for use.

Pesticide Action Network International has published a 100-page monograph that outlines all the harmful effects that glyphosate can have – not just its probable carcinogenic effects.

’Let’s get it banned’

Despite the temporary 18-month approval, several EU Member States have decided to enforce bans on its use and the EU has issued guidelines stating that its use should, for the time being, be restricted in areas used by the public.

But this does not go far enough. PAN UK, like the people of the EU, is calling for a complete end to the use of glyphosate in agriculture, in the towns and cities where we live and in people’s homes and gardens.

PAN UK is already running a Pesticide-Free Towns campaign urging local councils to stop the use of glyphosate and other pesticides in the parks and playgrounds, streets and pavements of the towns and cities where we all live, work and play.

‘We do not need to rely on harmful chemicals to grow our food and we certainly do not need to be spraying a probable human carcinogen in the areas that we and our children frequent. Glyphosate should have been banned in 2016, together let’s get it banned in 2017.’

Click here to read the full text and supporting documentation for the ECI.