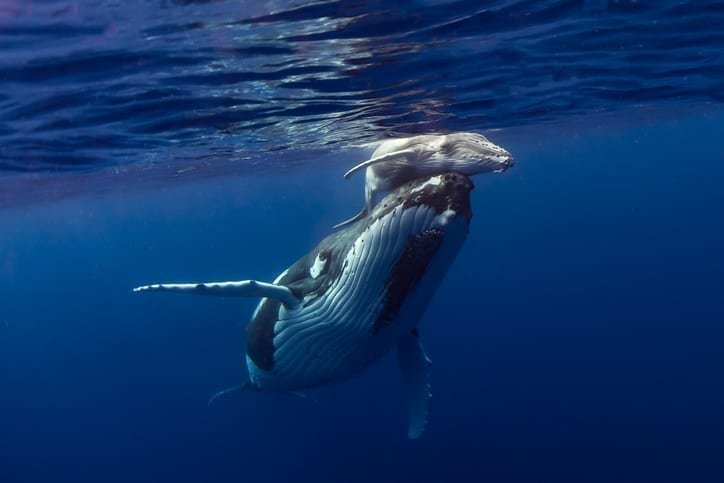 A landmark Greenpeace report has highlighted our reliance on the ocean as Earth’s largest carbon sink.

It warns that our changing climate, biodiversity loss and habitat destruction are endangering the processes that underpin the ocean’s ability to sequester and store carbon. This will have ‘far-reaching implications for biodiversity and humankind’.

The report, In Hot Water: The Climate Crisis and the Urgent Need for Ocean Protection, makes the case for a global network of ocean sanctuaries, off limits to human activity.

These would build the resilience of marine ecosystems, protect natural ‘blue carbon’ stores and safeguard the systems that underpin them.

‘The climate crisis is an ocean crisis. The ocean is fundamental to keeping our planet healthy, but for too long we have treated marine protection as a separate issue to the climate crisis. We must protect our ocean, the biggest carbon sink on earth, and stop burning fossil fuels.

‘From mangroves and seagrass meadows, to whales and krill, the ocean’s biology is one of our best allies in the fight against climate change. But overexploitation and our addiction to fossil fuels has pushed our ocean to the brink of collapse. We need urgent, concerted action on a global scale to properly protect at least 30% of our ocean and safeguard its vast stores of blue carbon. Ocean protection is climate action, and if we can save our ocean, it can save us.’

The report identifies ocean ecosystems at the frontline of the climate crisis and recommends priority areas for governments to protect within a global network of ocean sanctuaries.

These include both poles, whale hotspots, coral reefs, mangroves, seagrass meadows, the Sargasso Sea in the Atlantic, the mesopelagic zone and the deep ocean, which Greenpeace believes should remain off-limits to the nascent deep sea mining industry.

A window of opportunity

Burning fossil fuels has increased levels of CO2 being absorbed by the ocean, causing substantial changes to marine physics, chemistry and biology.

These changes are ‘rapid and large scale, already disrupting ecosystem structure and functions across the globe’, warns the report.

Warming, acidification and deoxygenation are all compromising the ocean’s health and damaging vital ecosystem structures and processes, including the ocean’s ability to store CO2.

Greenpeace is urging the world’s governments to take ‘urgent and concerted action’ to tackle the ocean crisis and safeguard the ocean’s ability to store carbon.

Governments must seize on a series of events over the next 12 months which present a ‘window of opportunity’ to address the crisis. Governments should agree a strong new Global Ocean Treaty at the United Nations before the end of 2020, and commit to protecting at least 30% of the world’s ocean at the Convention on Biological Diversity summit in China in October 2020.

Click here to read our article about the blueprint for ocean conservation.