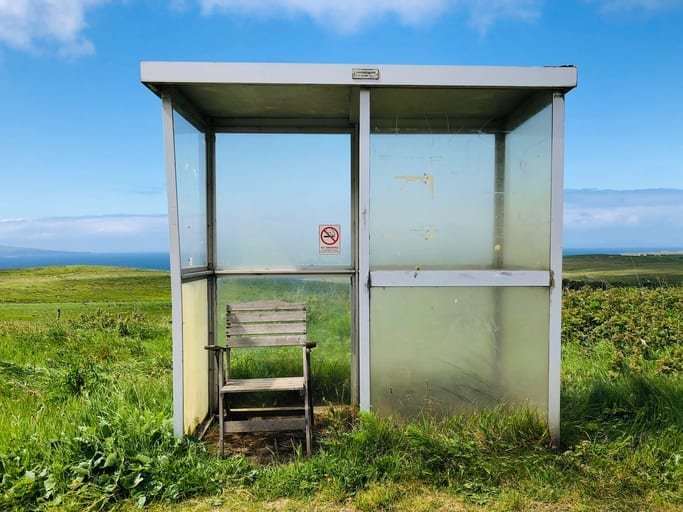 Yesterday (11 Feb), a £5 billion fund investment was announced for local transport. The news came days after CPRE, the countryside charity, revealed nearly one million people are stranded in ‘transport deserts’.

CPRE’s research, conducted by the Campaign for Better Transport (CBT), revealed that more than half of small towns in the South West and North East of England have such bad transport connectivity that they are considered to be living in ‘transport deserts’ or are at imminent risk of becoming one.

Nearly one million people (975,227) who live in these towns have no option for convenient and affordable public transport and risk being cut off from basic services if they don’t have access to a car.

A ‘transport desert’ occurs when a community lacks the public transport options for residents to be able to conveniently travel on a day-to-day basis without driving.

The analysis reveals that in 56% of the 160 locations studied in the South West and North East, residents who can’t drive or are unable to afford a car are at risk of being cut off from basic services.

‘A thriving countryside depends on well-connected small towns and villages serviced by low carbon public transport that fit into people’s everyday lives. But it is clear that, outside of England’s major cities, communities are being left high and dry in ever widening ‘transport deserts’ with completely inadequate bus and train connections. And this is having dramatic effect on rural communities – young people are compelled to move away, older people are left isolated and lonely, while less affluent families can be sucked into a cycle of debt and poverty.’

According to Future of the Bus by the Campaign for Better Transport, cuts to local bus services impacted 3,000 bus routes between 2010 and 2018. That’s more than one bus route lost every single day for the last eight years.

Uniquely for a major transport mode, the UK has had no national strategy for buses. The government is set to release a national bus strategy in this parliament.

Darren Shirley, chief executive of Campaign for Better Transport, said: ‘Nearly a quarter of the country’s population lives in small towns, too many of which have become transport deserts. In some cases, towns which lost their railway stations in the Beeching cuts of the 1960s are now losing the bus services that were brought in to replace them.’

The research shows that the lack of public transport in some counties is even more severe:

400,000 bus commuters are in better more productive jobs as a direct result of their bus service. 80% of urban buses sold in the UK are built in the UK compared with just 13% of new cars. A 10% improvement in bus service connectivity is associated with a 3.6% reduction in social deprivation.

For the £5m investment to deliver, however, Greener Journeys urges the PM to go further. Transport is the largest emitting sector of the UK economy, accounting for 27% of greenhouse gas emissions. It is the only sector to have increased emissions over the last carbon budget, largely as the result of rising demand for car and van travel.

Buses must be central to the decarbonisation of our transport system; a double decker bus can take 75 cars off the road.

‘Instead of building new roads we must better use of our existing road network through demand management measures such as the work place parking levy and road pricing schemes. Fuel duty must be increased in next month’s Budget. The freeze since 2011 has caused there to be 4% more increase in traffic, 4.5 million tonnes of CO2, 200 million fewer bus journeys and 60 million fewer rail journeys. The money raised from increasing fuel duty should be ring fenced to accelerate the switch to electric vehicles and to encourage greater use of public transport.’

Moving away from cars

A recent survey for the Department for Transport revealed that three-quarters of the population believe now we should reduce use of motor vehicles for the sake of our health.