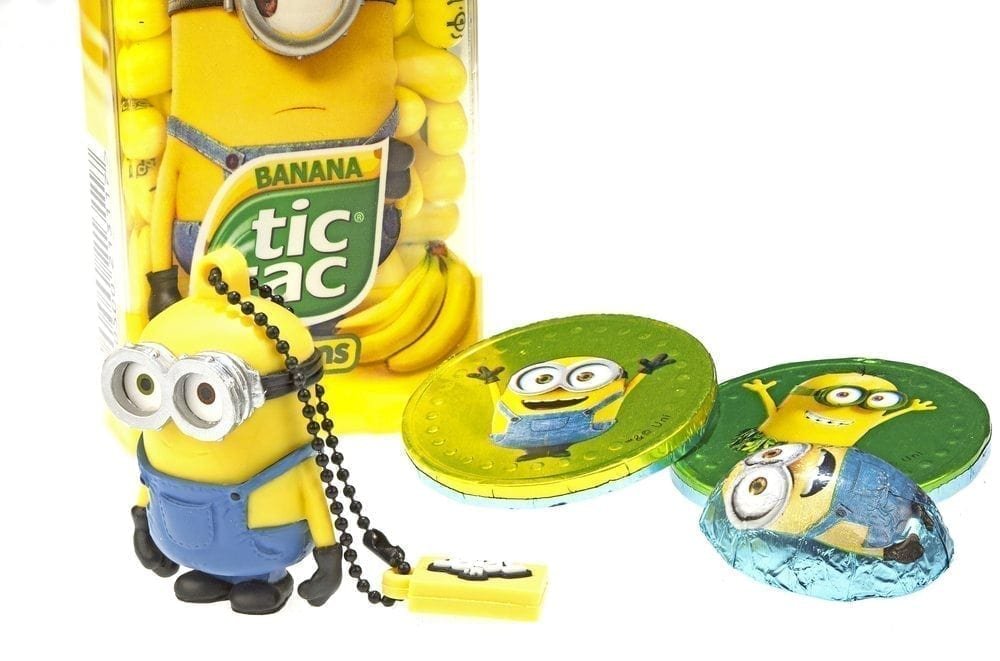 The research highlights how high-profile voluntary pledges, such as the one made by Disney to rebalance its licensing deals, are failing to deliver.

‘It is hard to resist the pester power when your child is swept up in the latest animation or superhero film craze. Voluntary pledges by film studios and manufacturers seem to be having limited effect in stemming the waves of sugary products using their connection with such movies to appeal to children. When even Disney has admitted as much, you know that self-regulation has had its day.’

According to the Children’s Food Campaign, film and character licensing has become a £250m vehicle for encouraging excessive sugar consumption in children. Ultimately it comes down to the government to follow up on its announcement of a sugary drinks tax by introducing similarly brave and bold measures on tackling junk food marketing.

Delving deeper into the character-licensed space revealed last year’s Minions film had tie-ins with brands including Haribo, HoneyMonster, Kinder Surprise and Capri Sun. The Capri Sun deal saw the introduction of a limited edition Minions flavour, Ban-Apple, which was only available with added sugar.

A full list of the products analysed, including images and links to product information and advertising, is available from the Children’s Food Campaign.

The impact of marketing

Public Health England, in its report ‘sugar reduction: from evidence to action’ concluded that ‘the use of characters or ‘spokes characters’ can increase preference for, or choice or consumption of, high sugar foods in young children (aged 3 to 7 years) .’

In one study, published by the American Association of Pediatrics, it was found that up to 87.5% of children chose foods with a character appearing on a package when presented with the same food packaged with or without, media characters.

The Children’s Food Campaign has reiterated its call that only stricter, properly enforced rules on licensing and brand characters will end this form of junk food marketing to children, and should be introduced as part of the government’s forthcoming childhood obesity strategy.

In 2006, Disney made a pledge that 85% of food bearing the likeness of a Disney character or brand would be healthy, with the remaining 15% dedicated to treats and celebrations.

It cited a need to provide parents with more nutritional options for children, highlighting awareness of the responsibility for the influence its brands exert over children, and subsequently parents.

By the end of 2012, then Director of Food, Health and Beauty for Disney UK and Ireland, Phillipe Roucole, admitted that that they were ‘still progressing towards that goal’ in the UK and were not yet doing enough.

But he was unable to provide any figures to quantify that process and was similarly unable to give any figures when asked, in the same interview, what proportion of product sales could be attributed to products meeting Disney’s nutrition guidelines.

Research on products available in supermarkets or promoted via Disney.co.uk indicates Disney has focused on licensing deals for healthier versions of processed foods (pizzas, ready meals, jelly desserts) and less sugary juice drinks, but not on pro-actively encouraging better dietary habits, such as increased consumption of fruit and vegetables.

Click here to find out more about the Children’s Food Campaign.