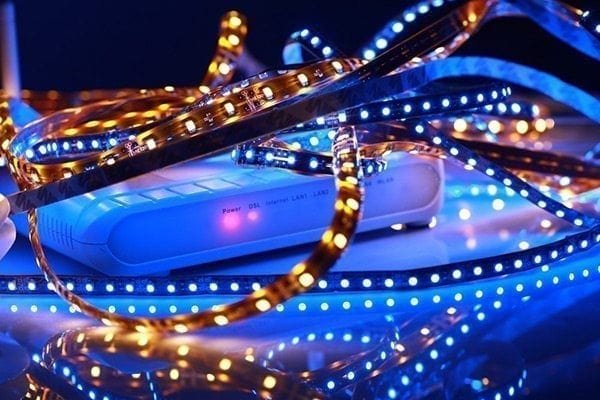 Greenpeace has released new research that shows a shift to Light Emitting Diode (LED) lightbulbs in homes could reduce peak electricity demand in the winter by 5% (2.7GW).

The research, carried out by energy analyst Chris Goodall, shows a business and government drive to promote switching to energy-efficient LEDs in homes, street lights and offices would see a huge reduction in the UK’s electricity demand for lighting – more than two Hinkley nuclear plants’ worth of electricity.

Lighting is responsible for nearly a third (29%) of total winter peak electricity demand, and a complete switch would halve that – allaying fears about the lights going out this winter.

At current prices, the approximate payback period from switching a home’s most used bulbs to LEDs is about two years. A £62 spend on replacing about 21 of the bulbs in living areas would cut annual electricity bills by at least £24.

Greenpeace argues that this move could be done relatively quickly, and that the total cost of partially upgrading all UK homes to energy-efficient LED lights would be around £1.7 billion.

‘Making our homes more energy efficient by switching our lightbulbs to LEDs would offer a cost-effective solution to how to address tight winter margins over the next few years. It would also lead to permanent reduction in peak demand, thus decreasing the amount required to upgrade or replace the UK’s ageing gas, coal and nuclear power plants. It would also bring down bills for hard-up families.’

The price of LED lightbulbs is falling, with bulbs now costing just £1.60 each at major retailers. Although not directly comparable, it is notable that Moodys have anticipated the annual cost of UK capacity market payments for securing adequate electricity generating capacity will rise to an anticipated £2 billion.

‘It is high time the government created an energy system that no longer relies on fossil fuels as part of a 21st century industrial revolution that the UK should embrace. This should include a mix of renewable energy sources, battery storage and reduced electricity demand through new technologies including LED lightbulbs and new inventions like smart fridges or air conditioning that turn themselves down at times of peak electricity demand but barely affect the temperature delivered.’

As well as saving money for householders, the government would conservatively save £65 million per year on capacity market payments from household switching, with further savings to be made from street lighting and the commercial sector.

Click here to read the full report, ‘Keeping the lights on’.