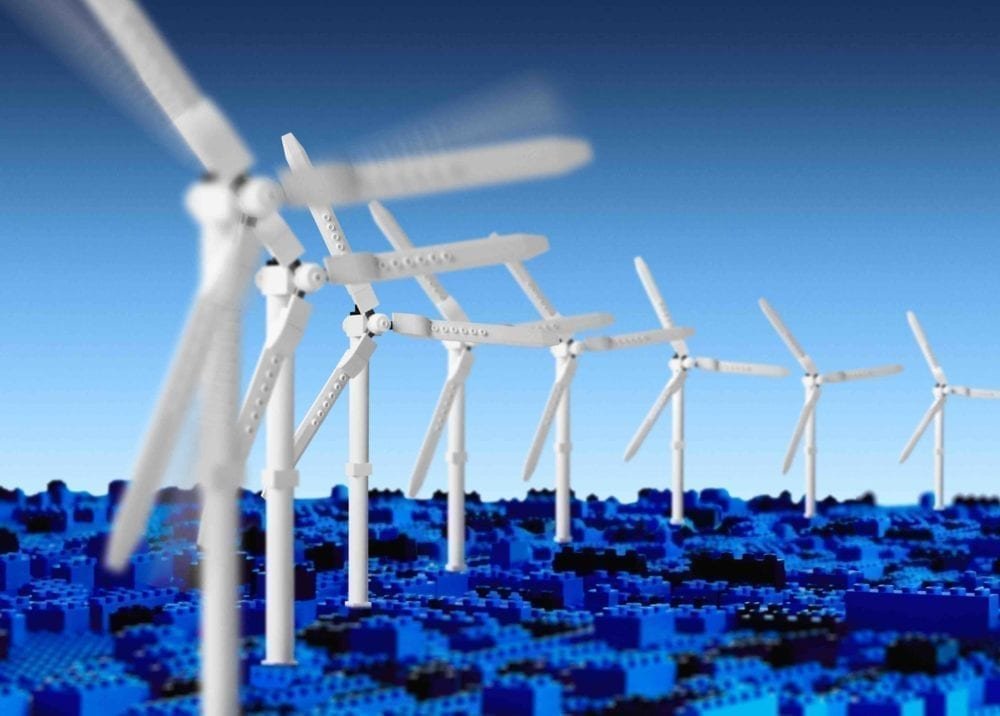 After four years and a DKK6 billion (around £700 million) investment in two offshore wind farms, the LEGO Group has achieved its ambition to balance 100% of its energy use with energy from renewable sources.

To celebrate, it has built the largest ever LEGO brick wind turbine, bagging a Guinness World Records title, and challenged children around the world to create their own renewable energy solutions.

‘We work to leave a positive impact on the planet and I am truly excited about the inauguration of the Burbo Bank Extension wind farm. This development means we have now reached the 100% renewable energy milestone three years ahead of target. Together with our partners, we intend to continue investing in renewable energy to help create a better future for the builders of tomorrow.’

A member of RE100, the global group of companies committed to using 100% renewable energy, the LEGO Group is also helping to raise awareness of the importance of renewable energy.

To help get kids involved in the shift to clean power the group has built the world’s largest LEGO brick wind turbine, a Guinness World Records title.

Built with 146,000 LEGO bricks, the wind turbine stands 7.5 metres tall and is a tribute to the record 200 metre tall wind turbines of the Burbo Bank Extension wind farm – the largest windmills in operation globally.

From the summer of 2017 the LEGO wind turbine will be located at the UK’s LEGOLAND Windsor Resort.

To inspire children to engage in environmental issues, the LEGO Group has invited hundreds of children from the Liverpool area and more than a million children on the LEGO Life social media platform to participate in building challenges.

Children are encouraged to use their creativity and imagination to build a renewable energy machine that can capture the wind and provide energy to power their lives.

‘We see children as our role models and as we take action in reducing our environmental impact as a company, we will also continue to work to inspire children around the world by engaging them in environmental and social issues.’

As a part of the activities, children across the world can also join the LEGO Planet Crew on LEGO.com, where they can take part in a mission to help protect the planet for future generations and share their views on the responsibility issues they feel most passionate about.

Since 2012, the LEGO Group has supported the development of more than 160 megawatts of renewable energy. The latest investment is a 25% stake in the Burbo Bank Extension wind farm off the coast of Liverpool.

The wind farm, which is now officially open, will generate clean power for more than 230,000 British households.

The LEGO Group’s total output from investments in renewables now exceeds the energy consumed at all LEGO factories, stores and offices globally.

In 2016, more than 360 gigawatt hours of energy were used by the LEGO Group to produce the more than 75 billion LEGO bricks sold around the world during the year.

Click here for more from LEGO on how to protect the planet through the power of play.