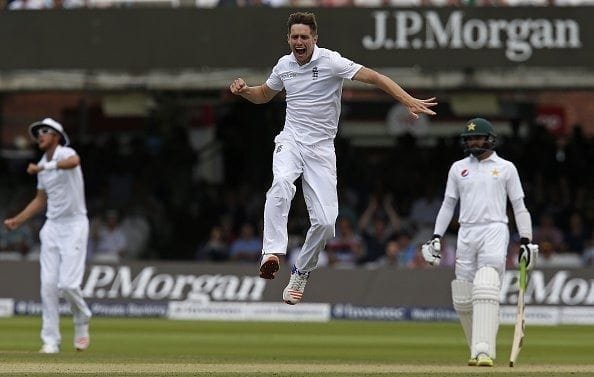 Lord’s has become the first cricket ground in the country to run on 100% renewable energy. The announcement comes as new figures reveal the increasing disruption to cricket caused by extreme weather patterns linked to climate change.

Statistics released by Marylebone Cricket Club (MCC), owners of Lord’s, reveal that extreme weather in December 2015 caused more than £3.5m worth of damage across 57 cricket clubs.

Increased rainfall is also causing significant loss of fixtures in recreational cricket and having an impact on the professional game.

Two of the affected clubs, Sowerby Bridge in Yorkshire and Appleby Eden in Cumbria, are yet to return to their home grounds due to the extent of the damage suffered in 2015.

The England & Wales Cricket Board (ECB) distributed more than £1m in emergency funding to flood-affected clubs in 2016, with a further £1.6m earmarked for 2017.

‘It is important that all organisations embrace sustainability and I’m very pleased that Lord’s has become the first cricket ground in the country to run on 100% renewable energy. The statistics released today illustrate the effect that changing weather patterns can have on cricket, and the ECB deserve a lot of praise for the support they give clubs across the country that are so badly affected by extreme weather.’

The current Lord’s Cricket Ground is its third incarnation and 2014 marked its 200th anniversary. The first ever match played at ‘Lord’s Cricket Ground’ came in 1787 when businessman Thomas Lord staged a game between Middlesex and Essex at a newly built ground in what was then known as Dorset Fields.

By 1811, MCC had moved to a new ground on the Eyre Estate in St John’s Wood. This ground proved less popular but when plans emerged for the Regent’s Canal to be built straight through it, Thomas Lord gratefully accepted compensation and moved the ground to its current location in 1814.

Since then MCC has developed a broad sustainability programme for Lord’s, and was last year able to meet its 2020 emissions targets.

The new Warner Stand, which will be opened in April 2017, has an innovative structure that reflects MCC’s sustainability drive. Designed by architects Populous, it includes photovoltaic roof panels for generating electricity and a state-of-the-art water collection and recycling system.

‘The quintessentially British sound of leather on willow in the summer months is being disrupted by increased rainfall and flooding that is scientifically linked to climate change. It is affecting cricket grounds and many other of the UK’s favourite places, landmarks and landscapes. These are yet more warning signs that human activity is impacting Britain.

‘We applaud the leadership shown by MCC, and encourage everyone who cares about cricket, outdoor sports or the environment to support Show The Love and play their part in tackling climate change.’

COLIN BUTFIELD
Director of Campaigns at WWF-UK, and member of The Climate Coalition Board

The announcement launches the annual ‘Show The Love’ campaign from The Climate Coalition, whose members include WWF-UK, the RSPB, the National Trust, The Women’s Institute and Christian Aid.

It also accompanies the publication of a ‘Weather Warning’ report highlighting how extreme weather conditions are affecting some of Britain’s favourite places – from our gardens and local pubs to our rivers, parish churches, iconic cliffs and favourite woodlands.

Two extreme weather events linked to climate change in the past eight years have caused extensive damage to Wordsworth’s childhood home whilst the iconic chalk cliffs at Birling Gap have seen increased rates of erosion due to heavy rainfall, sea-level rise and an increase in the regularity of storm events.

The report also found that Slimbridge Wetlands Centre in Gloucestershire, founded by Sir Peter Scott, has recorded changes in bird species at the centre which have been linked to changes in temperature.

‘UK weather will always bowl us the odd googly but climate change is making them harder to defend against. The science has now developed to the point where we can say whether the likelihood of a particular bout of weather has been increased by climate change. We know that climate change made the record wet weather in December 2015 considerably more likely. The trend towards more intense rainfall is clear and it’s great to see MCC, ECB and The Climate Coalition raising awareness of these challenges that aren’t just affecting people in other countries but are having impacts right here in the UK.’

PROFESSOR PIERS FORSTER
Director of the Priestley Centre for Climate

Click here for more on the ‘Show the Love’ campaign.