Divesting from ‘bad’ industries is great – but could our cash be used to make a positive impact instead?

The divestment movement has taken the UK by storm, with universities, cities and even the Church of England pledging to put an end to their investments in the fossil fuel industry.

It’s the fastest-growing divestment movement in history; around 200 institutions globally – with a combined asset size of over $50 billion – have now pledged to move their money.

Campaigners are celebrating a victory that’s helping to cut the supply cord to some of the world’s dirtiest polluters. But is there a way to make all this money do some real good, rather than diverting it from industries that are ‘bad’?

‘At Ethex we talk about positive investments’, explains Lisa Ashford, CEO of Ethex. ‘What does that mean? It means investing money for good. You can invest your money and receive a fair financial, social and environmental return. That’s a win-win-win situation!’ 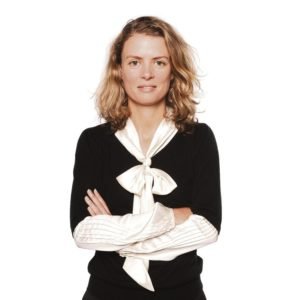 Ethical investing has traditionally been about banishing ‘bad’ investments such as tobacco, arms and pornography, but the positive investment movement is about going beyond that: instead, money is invested with a clear intention to make a positive impact. ‘That’s making money do good!’, Lisa told PQ.

‘Whether it’s investing in community energy, social housing or fair trade, there is something for everyone to get involved’, Lisa added. ‘There is a misconception that positive investments don’t have a financial return. That is not the case. They are a viable alternative to traditional finance products, with an additional feel-good factor!’

The divestment campaign has inspired many of us to move our own money, but it’s not always easy to untangle the web and see where money tied up in pensions, banks, insurance and investments actually is.

‘The first step is knowing where your money is and finding out how much control you have over it’, Lisa told us. ‘It’s an interesting exercise and, surprisingly, many people aren’t totally on top of where their money is and what it’s doing.’

If you only have a current account or an ISA then divestment could be very straightforward, but a retired professional won’t have the same financial profile as a student or a young family, and may need a longer plan to divest slowly and move gradually towards more positive investments. ‘Ethex is currently helping a core group of people to do just this’, Lisa told us, ‘so contact us if you want to help test drive our Money Action Plan.’

If you want to be proactive you can ask your bank or pension fund where your money goes; you can also use resources like Move Your Money and Ethical Consumer to get a clearer idea of the market. Armed with this information, you can start to make more positive choices.

‘There are some inspiring positive investments out there on the market’, Lisa told us, ‘so once you feel empowered and informed to make some positive investment decisions, start comparing different products, such as those listed on ethex.org.uk.’

Financial returns vary but can be up to 6% with tax relief on top. Ethex offers a range of projects, such as community energy, that create local community benefits as well as funding renewable energy projects.

You can invest in the community energy scheme and have a say in how the organisation is run – democratic finance in action!’, Lisa explains. ‘We try and make positive investing easy for people to understand and do – but if in doubt, ask for help! We can help to put you in touch with an ethical financial advisor if you need some advice.’

For Lisa, the very act of divestment naturally leads to the question of reinvestment – but many of us would still struggle to trust banks to invest our cash wisely and ethically. ‘A series of scandals and mismanagement – added to a traditional finance sector designed to be impenetrable to the layman – has left many disappointed with the world of finance’, Lisa explains.

Crowdfunding platforms offer an alternative by allowing people to put money into businesses they believe in. ‘This disruptive finance model is a gamechanger that’s also very accessible’, Lisa told us. ‘In Ethex’s case, it allows people to have a direct connection with their money and the organisations they invest in.’

People who are engaged with the divestment issue are generally also passionate about helping to minimise climate change. For Lisa, this presents a huge opportunity for people to come together and make money do good. ‘The divestment movement could in fact mobilise billions of pounds into renewable energy and other positive investments with a social and environmental impact.’, Lisa told us. ‘That’s a real people revolution!’

Click here to find out more about Ethex and the services it provides.