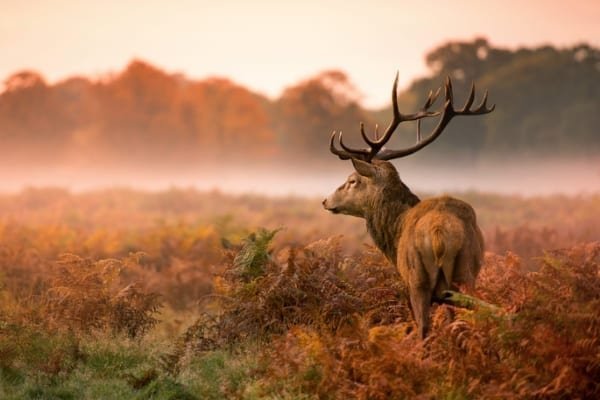 Ahead of the upcoming general election campaign the UK’s largest environmental groups, as well as human rights, development, faith and health organisations, have set out a series of demands for party leaders in order to tackle the climate and nature emergencies.

In two separate letters, more than 30 NGOs – including the Women’s Institute, Woodland Trust, UK Health Alliance and Greenpeace – are urging all political parties to put the environment at the heart of their election manifestos. Together, these organisations have a supporter base of over 13 million people.

‘Let’s not shy away from the truth. It will be a challenge, it will cost money, it will mean tough choices, but the human race is at a crossroads for our environmental future. If we are serious about tackling the climate and nature crisis we have to act, that’s the reality we live in, tough choices, big challenge, but we can all rise to meet it head on.’

Almost 70% of Brits want urgent political action to tackle the climate crisis and protect the natural environment, and more than half said climate change would affect how they would vote.

Environmental concerns are clearly a major priority for the public, and party manifestos must address them in a way that reflects the urgency of the crises we face.

The letters, sent by The Climate Coalition and Greener UK respectively, complement each other across a range of policies that would mean cleaner air, more green spaces that benefit people and wildlife and better protection for our coastlands and marine habitats.

‘Our environment is drifting into uncharted and dangerous waters. Instead of bobbing about on a wave of inaction, it’s time for politicians across all political parties to take the helm.

‘As carbon emissions, global temperatures and sea levels continue to rise, public concern over the climate and nature emergency is also rising.Election manifestos must reflect this by providing clear and ambitious policies that will take us to a net zero carbon world and restore nature as quickly as possible.

‘This isn’t about winning over voters with warm words. It’s about committing to a tangible roadmap that will help save the planet from climate and ecological collapse.’

Despite being the first major economy to set a legally binding target for net zero emissions, the government came under heavy criticism from the Committee on Climate Change for its failure to get us on track for a safer and cleaner future by implementing the necessary policies to limit global temperature rises.

Groups represented by The Climate Coalition want all recommendations from the government’s climate advisors to be implemented and strengthened to reflect the net zero commitment in the next year.

‘Caring for and being good stewards of our planet is central to most faiths. We stand in solidarity with those most affected by climate change – often the most poor and vulnerable – and call for the next government to urgently stop contributing to climate change, and play their part in creating a just world for future generations.’

They also call for public spending to be increased from 2% to the 5% needed to help get the UK on track for ending our contribution to climate change, and for the net zero target to be brought forward to 2045, at the very latest.

The letter from members of The Climate Coalition also calls for bold manifesto pledges from all political parties to help expand green industries, such as renewable energy; bringing the phase-out date for petrol and diesel vehicles forward by 10 years from 2040 to 2030 and investing £1 billion per year to upgrading poorly insulated housing, prioritising vulnerable people and those on low incomes.

‘The Nature Friendly Farming Network represents over 1,000 farmers who have come together to champion a way of farming which is sustainable and ensures our British countryside is bursting with wildlife.

‘British farmers see the effects of climate change on a daily basis, and there has never been a more important time to ensure that the new government gets on with delivering their climate targets– to protect our beautiful countryside, and farmers livelihoods.

‘This is a critical time for agriculture in the UK. Decisions made post-Brexit could ensure that British farming secures a sustainable future and does far more to help nature to survive and thrive.’

In October, the government introduced its Environment Bill, described by ministers as ‘ground-breaking’. However, the bill fell short in a number of areas.

Greener UK is urging all party leaders to back an ambitious Environment Bill that provides a legally binding commitment to existing standards for things like water and air quality and nature protection.

‘WI members are clear that we need urgent action to tackle climate change, stop our oceans and wildlife being destroyed by plastic pollution, and to protect our environment for the future.

‘The WI has been at the forefront of efforts to protect our environment since the 1920s with campaigns ranging from raising awareness of ocean pollution, to the scourge of litter and the need to tackle wasteful excess packaging.

‘Up and down the country, WI members are playing their part by planting community gardens to support our precious pollinators, planting trees, and raising awareness of the threats we all face due to climate change. This local action needs to be matched by clear commitments from all political parties to ensure that we achieve our ambition of net-zero greenhouse gas emissions, end the tide of plastic waste and restore our nature.’

The coalition is also calling for a bill that provides a truly independent and powerful watchdog that can hold the government to account over its environmental commitments, as well as a tighter framework surrounding legally binding targets.

Members of the Greener UK coalition are also calling for reforms to farming that would see agricultural payments based on public goods such as providing clean air, water and thriving wildlife, rather than the amount of land owned.

‘On behalf of over 650,000 health professionals across the country, the UK Health Alliance on Climate Change calls on party leaders to use the election to commit to strengthening policies which protect our environment and climate and consequently our health. As the Chief Executive of NHS England says, the climate emergency is a health emergency.

‘Air pollution is responsible for around 40,000 premature deaths each year, so the UK’s commitment to banning new petrol and diesel cars should be brought forward to 2030 to reduce pollution and save lives.’

CLICK HERE TO READ OUR ARTICLE ABOUT THE LEAKED DEFRA DOCUMENT WARNING A POST-BREXIT AGREEMENT COULD ‘IRREPARABLY DAMAGE PUBLIC HEALTH’.