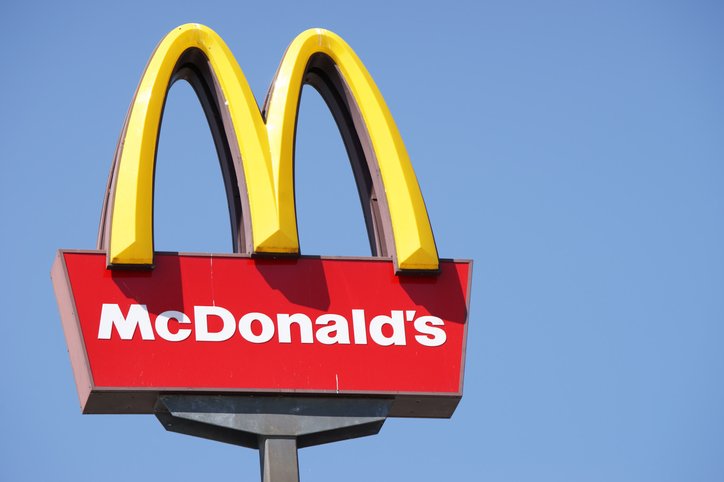 Environmentalists have been quick to challenge McDonald’s following the opening its ‘first Net Zero Carbon restaurant’ in Market Drayton, which the fast food giant says will serve as a blueprint for future restaurants around the UK.

Anna Jones, Greenpeace UK’s Head of Food and Forests, stated that any claims of carbon neutrality will be nothing more than’McGreenwash’ as long as meat and dairy remain key menu items.

‘If meat and dairy are still the main course on McDonald’s menu, then this new restaurant initiative can only be labelled as it is: McGreenwash.

‘Climate-critical forests across Brazil and South America are being decimated by meat and dairy production and Brits eat twice as much meat as the global average.

‘If McDonald’s genuinely wants to cut its global carbon footprint, it needs to think beyond emissions from specific UK sites and start to urgently shift its entire business model to meat-free alternatives.’

McDonald’s serves approximately 3.5 million UK customers each day. With 39,000 restaurants in 119 countries, Bloomberg reports that McDonald’s Corp. serves 1-2% of the world’s beef, which is more than any other restaurant chain on the planet.

The Market Drayton location has a Drive-Thru lane made from recycled tyres, wall art made from used coffee beans and kerb stones made from plastic bottles.

It draws renewable power from two wind turbines and 92 square metres of solar panels, which help to reduce the amount of energy the restaurant draws from the grid.

The walls are insulated with British sheep’s wool and cladded with recycled IT equipment and white household goods like washing machines.

Methane is the real issue

While McDonald’s is demonstrating some interesting innovations in construction, these design quirks can’t mask the fact that McDonald’s is pushing a menu that is damaging people and planet.

Jennifer Jacquet, an associate professor of environmental studies at New York University, called the announcement ‘the extraordinary presence of greenwashing’ and said the real problem was the powerful climate-heating gas methane.

‘They want to commend the focus on ’local procurement’ and ’carbon’ in their day-to-day operations at a single store in the UK. It’s very clear that the problem is methane from hamburgers sold in 39,000 stores around the world’, she said.

Over 100 years, methane is more than 80 times more powerful than CO2 when it comes to warming the Earth, and ruminant livestock can produce 250 to 500 L of the greenhouse gas per day.