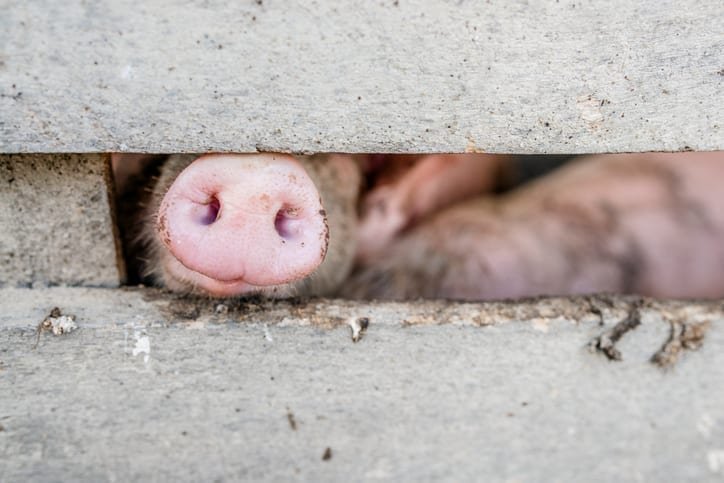 A new report from the Changing Markets Foundation and Mighty Earth reveals ‘a complete lack of public policies in place to ensure the food sector is part of the solution to climate change’.

In many EU countries and in the US, meat consumption is more than double the recommended levels for healthy diets. However, the report, Growing the Good: The Case for Low Carbon Transition in the Food Sector, points to the fact that government policies universally support unsustainable agricultural production systems dominated by intensive meat and dairy farmers and producers.

In contrast, the report highlights positive market trends, notably the growth of plant-based foods and ground-breaking innovation in meat alternatives. The number of vegans and vegetarians is also growing rapidly and many more people, particularly among the younger generations, are reducing their meat intake.

Instead of fuelling such societal trends, politicians are succumbing to pressure from meat producers by introducing new legislative measures aiming to restrict market growth for alternatives, such as the recent French ban on terms like ‘vegan burger’.

Nusa Urbancic, campaigns director at the Changing Markets Foundation, said the lack of public policies in this sector ‘is alarming’.

‘If meat and dairy consumption increases as forecast, there will be almost no room within the total allowable global emissions budget for any sectors other than agriculture by 2050’, Nusa said.

Animal agriculture is today responsible for around 16.5% of the world’s greenhouse gas (GHG) emissions, equivalent to the emissions from combustion of all transport fuels. The sector is also responsible for a third of potent methane and nitrous oxide emission.

A managed reduction in demand for meat and dairy could increase humanity’s chances to stay below 1.5°C temperature increase and avoid the ‘cliff edge’ highlighted by the Intergovernmental Panel on Climate Change.

Low carbon transition in the food sector is also crucial to reduce the pressure on land. Currently, 70-80% of agricultural land is dedicated to animal agriculture, either directly for grazing or to grow increasing quantities of feed. Reducing the number of animals is key to put this land to use for reforestation, climate sequestration and also to more sustainable farming methods.

Anahita Yousefi, Mighty Earth campaigns director, said, ‘The complete absence of public policies to promote a shift towards plant-based diets means that this critical dietary shift is left to the whims of the market and personal choice. The public is being forced to foot the bill for environmental impact of animal agriculture and the market is being denied opportunities for more sustainable models of food production and healthier diets.’

‘The window of opportunity to address climate change is closing, while its consequences are already being felt. This year’s droughts resulted in food price increases and even more public subsidies to this polluting sector – mostly to finance feed imports. Unsustainable bail-outs should end, and governments should instead finance the transition towards a low emissions food system with more environmentally friendly farming methods and healthier diets for all.’

The Changing Markets Foundation has drafted a series of recommendations to governments around the world to ensure that food production plays its part in the low carbon transition.

The recommendations suggest climate targets should be updated to include the mitigation potential of animal agriculture and to reflect the 1.5 degree temperature increase pathway.

They also say that subsidies should be shifted away from polluting intensive animal farms and instead address negative externalities of animal agriculture.

Incentivising the production of diverse and underused protein crops, such as pulses, for human consumption, is also recommended, along with funding for the research and development of plant-based and other meat alternatives, such as clean meat.

‘This report is yet more evidence that to limit global warming to 1.5 degrees, the agriculture sector needs to significantly reduce meat and dairy production to reduce overall emissions – just as many other industries are doing. The number of extreme climate events is increasing. As this summer’s droughts showed us, we cannot afford to pour money into continuing the type of agriculture that is exacerbating climate change and leave environmental ambition to good will. Given the immense scale of the problem, our political leaders cannot turn a blind eye on climate change and they must address it within the current reform of the EU’s Common Agricultural Policy. Farm ministers and MEPs have a moral obligation to put the rights of future generations first.’