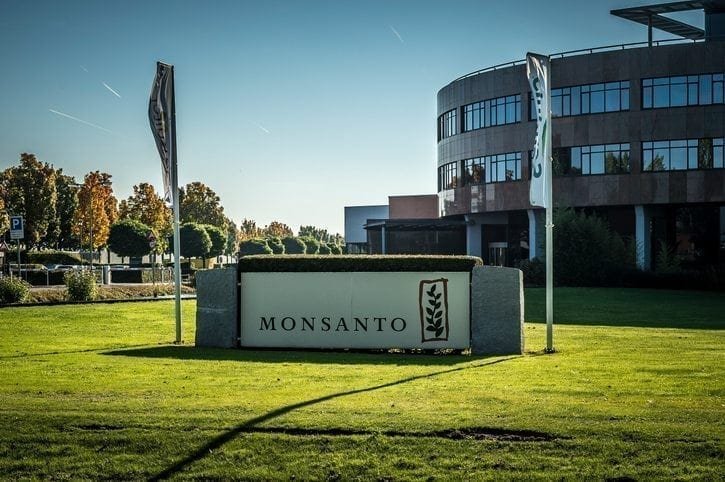 Judges conclude Monsanto violated human rights, and that ecocide should be recognised as a crime

The judges’ legal opinion was based on evidence and statements from 30 witnesses and experts from five continents, presented at the Monsanto Tribunal held in The Hague in October 2016.

The T/lo/iol,.ribunal also concluded that human rights and environmental laws are undermined by corporate-friendly trade and investment regulation, and that ‘Ecocide’ should be recognised as a crime in international law.

The judges stated that if Ecocide were recognised in international criminal law, ‘the activities of Monsanto could possibly constitute a crime of Ecocide’.

The International Monsanto Tribunal is a unique ‘Opinion Tribunal’ convened by civil society to clarify the legal obligations and consequences of some of the agrochemical giant’s activities.

Critics of Monsanto claim that the company has been able to ignore the human and environmental damage caused by its products. They say the company pursues devastating activities through a systematic concealment strategy: lobbying regulators and government authorities, lying, corruption, commissioning bogus scientific studies, putting pressure on independent scientists and manipulating the press.

The aim of the Tribunal is to get a legal opinion on the environmental and health damage caused by the multinational Monsanto, add to the international debate to include the crime of Ecocide into international criminal law and give people all over the world a well documented legal file to be used in lawsuits against Monsanto and similar chemical companies.

During the hearings that took place on 15-16 October 2017 in The Hague, judges received testimonies related to the six questions posed to the Tribunal.

The legal opinion delivered by the Tribunal includes a legal analysis of the questions asked, with respect to both existing and prospective international law, with a view to making improvements in international human rights and environmental law.

The advisory opinion is structured in three parts. The introductory section details the conditions within which the Tribunal was initiated and the middle section examines the six questions posed to the Tribunal.

Looking at the broader picture, the final section tackles the widening gap between international human rights law and corporate accountability.

The judges highlighted the current imbalance in the international system, which offers much better protection to corporations and their financial interests (through trade and investment law including ISDS courts) than it does to human rights and the environment.

The judges warned it’s now crucial for the UN to act on this widening gap, as ‘otherwise key questions will be resolved by private tribunals operating entirely outside the UN framework’.

‘The verdict of the Monsanto Tribunal has our fullest support. Its legal opinion makes it crystal clear that corporations like Monsanto violate our right to live in a healthy environment and how they get around the international laws meant to protect people and planet.

‘With the current wave of mega-mergers in the agribusiness sector, the biggest pesticide producers are becoming even more powerful. But so is our call to regulate them.’

The advisory opinion is a strong signal to those involved in international law, but also to the victims of toxic chemicals and corporate power.

The Tribunal has created links and shared important information between lawyers and organisations that represent the victims, so it’s likely that the conclusions will lead to more liability cases against Monsanto and similar companies.

This will shine a light on the true cost of production and effects the value of the shares in the long run. Companies that cause damage to health, food and the environment should and will be held accountable for their actions.

Click here to read the summary and full text of the Monsanto Tribunal’s advisory opinion.