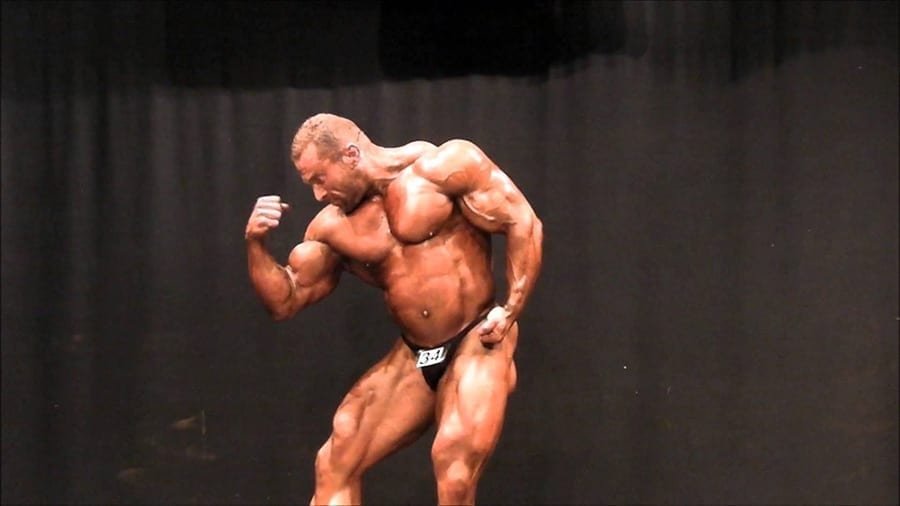 Mr Universe, Barny du Plessis, is the face of a new ad campaign for PETA, in which he states ‘The world’s strongest animals are plant-eaters: gorillas, buffaloes, elephants and me.’

Barny – a lifelong bodybuilder – once believed consuming vast quantities of meat and eggs was the only way to build muscle. But a growing list of health issues made him reassess his diet and ditch the flesh for protein-packed vegan meals.

Since then, Barny’s health has improved dramatically – and he says he’s never been happier with his physique. He now competes at an elite level as the world’s first professional vegan bodybuilder.

‘Since becoming a vegan my training has been amazing. I wake up feeling good, I’ve got more energy, my recovery’s really good and I’ve got no aches and pains. Best of all, I’m not contributing to the suffering of animals.’

Going vegan is a great way to improve your health, as vegans are less prone to heart disease, strokes, diabetes, cancer and obesity than meat-eaters are.

If that’s not enough to persuade you, each person who goes vegan prevents approximately 100 animals every year from being killed on factory farms, in slaughterhouses and on the decks of fishing boats.

Du Plessis joins a growing list of athletes – including Germany’s Strongest Man, Patrik Baboumian; American Ninja Warrior veteran Tim Shieff; football great Phil Neville and many others – who have teamed up with PETA to promote healthy and humane meat-free meals. Click here to find out more about PETA and its work to protect animals.