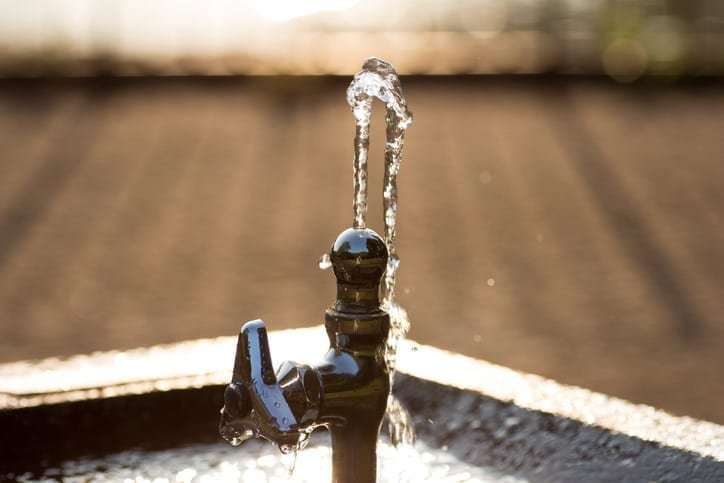 Find free tap water on the go at over 12,000 places across the UK – including shops

Today (27 September) is the first ever National Refill Day: a national day of action to reduce plastic pollution. The UK public is being urged to ditch single-use plastic water bottles and switch to a reusable water bottle.

A One Poll survey commissioned by City to Sea shows that 85% of the public are worried about the impact of plastic pollution in the environment. The findings indicate more people than ever are switching to reusable bottles instead of buying bottles of water in shops.

80% of people surveyed this month now use a reusable water bottle, at least sometimes, when outside the home. 44% of people using a reusable bottle have made the switch in the last two years and 18% have switched in the last year.

However, there are still barriers to people carrying a reusable bottle – the research showed that more people in the UK would ask to refill a reusable bottle (even if not making a purchase) if they knew where they could fill up for free. 33% of people still feel very or somewhat uncomfortable asking to have their reusable bottle filled when they’re not actually buying anything.

Refill, City to Sea’s award-winning campaign to get people ditching single-use water bottles in favour of reusable bottle, is the UK’s leading ‘app for tap’ – connecting people looking for water with businesses, water fountains and transport hubs where they can refill for free on the go.

‘It’s been incredible to watch the campaign flourish over the past two years. We wanted to do something that everyone could get onboard with, that would drastically reduce the amount of pointless plastic we use when we’re out and about. People want to help stop plastic pollution, and Refill puts the power to do just that in people’s hands.’

NATALIE FEE
Founder and CEO of City to Sea

Water on every high street

City to Sea and Water UK, the trade body for companies supplying our tap water, joined forces in January this year to grow the campaign from a local grassroots scheme to a national movement.

As part of the partnership, every water company in England aims to ensure people can refill their water bottles in every major town and city across the UK by 2021.

The partnership could save a billion bottles by 2025 with Refill Stations on every high street across the UK. The weight of plastic saved by removing one billion plastic bottles is equal to 12,700 metric tonnes, or just under 13 million kilograms.

Refill at John Lewis and Morrisons

The Refill campaign works by connecting people who are looking for water with thousands of local business, transport hubs and public spaces using a free app. Participating cafés, bars, restaurants, banks, galleries, museums and other businesses simply sign up to the app and put a sticker in their window – alerting passers-by that they’re welcome to come on in and fill up their bottle, even without a purchase.

There are now over 12,000 Refill Stations listed on the app in the UK, including train stations, airports and high street chains like Starbucks, Costa and Greggs.

The app has recently been redeveloped to include a handy bottle reminder – good news for the 35% of people surveyed who said the main reason they bought plastic bottles was because they forgot their reusable bottle.

The Refill campaign has money-saving benefits for customers, too. A half-litre bottle of still water typically costs from around 30p in supermarkets to anything up to £2 in motorway service stations, compared with a twelfth of a penny for the equivalent volume of tap water.

Single-use plastic bottles are expensive to produce, use up valuable natural resources to make and transport and create mountains of waste once they’ve been used and discarded.

So far, recycling does not appear to be adequately dealing with the problem, as it’s estimated that only around half of the 38.5 million plastic bottles used in the UK every day are recycled. Around 16 million end up being sent to landfill, burnt, or entering the environment and waterways.

‘As an industry with a strong focus on the environment we are passionate about tackling the problems caused by plastic bottles, which clog up rivers and drains and pollute our seas. On National Refill Day, people can help turn this harmful tide of plastic waste by downloading the app and switching to a reusable bottle. This country has some of the best drinking water in the world and we want everyone to benefit from it. This scheme will do that by making it easier for people to refill their bottles for free wherever they work, rest, shop or play.’

The drive to improve public health in the UK in Victorian times saw the introduction of more modern drinking water fountains, particularly in London following the ‘Great Stink’ of 1858.

Victorian philanthropists gained support for a plan to provide clean drinking water in poor areas, and the first fountain was opened on 21st April 1859 in a corner of Holy Sepulchre churchyard in Snow Hill in London’s Holborn area.