Nature has no cue 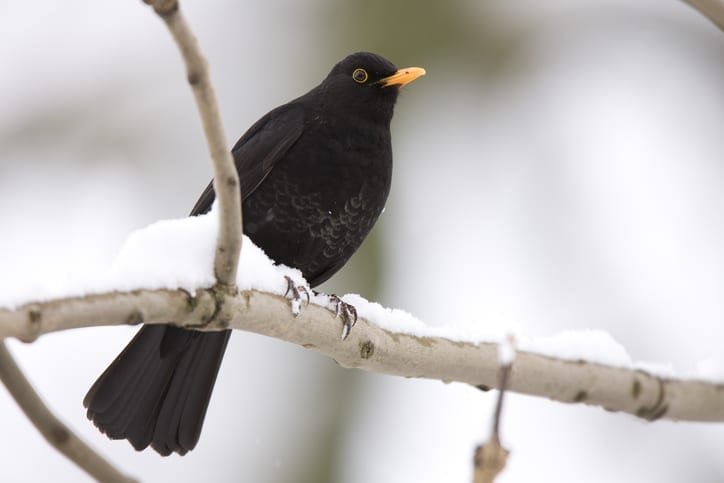 Our ‘lost’ winters are throwing nature into a ‘state of confusion’

The latest data from Nature’s Calendar, the UK’s largest study of the seasons, shows that active butterflies and newts and nesting blackbirds have already been spotted, months earlier than normal.

Being tempted out of hibernation too soon could spell disaster for some species, as our increasingly erratic weather could yet bring fatal temperatures. At the same time some birds appear to be breeding too late to capitalise on vital food sources.

‘It appears that some species are able to adapt to the advancing spring better than others. Oak trees respond by producing their first leaves earlier and caterpillars seem to be keeping pace. But blue tits, great tits and pied flycatchers are struggling to react in time for their chicks to take advantage of the peak amount of caterpillars, the food source on which they depend.’

The project compiles records of seasonal activity sent in by thousands of volunteers across the UK, such as the first flowering snowdrop in spring and the first ripe berries of autumn.

Final analysis of the 2019 data reveals that all but one of over 50 spring events it tracks were early, but by varying degrees. It all helps to build a picture of the direct and potentially detrimental impact of climate change on the survival of UK wildlife.

Earlier this month the MET Office revealed that the last decade was the warmest on record, and that 2019 was the second warmest year since 1850 when records began.

Some species appear to be falling out of sync with each other because each responds individually and at different rates to rising temperatures.

‘In recent years I’ve witnessed undeniable changes to our weather patterns. Gone are the times when a freezing snowy winter would be a certainty. Indeed I can count the toes on one foot, how many severe frosts are encountered at this period during recent years.

‘Can’t help noticing how many deciduous trees are hanging onto their leaves for longer and on occasions not shedding them. Also daffodils and tulips show themselves earlier than expected only to be knocked back by a cold spell. The tree and plant world doesn’t know whether to stick or twist at the moment and that’s down to climate change. I know of clients who continue to trim their lawns through the winter period. It’s bonkers mad!’

The project is now in its 20th year; organisers are calling for more recorders in order to get an even clearer picture of the impact of climate change on our wildlife throughout the next decade.

Its database currently contains 2.9 million records, collected since 1736, which are being used by researchers internationally.

Volunteer Valerie Hurst, who has recorded for nearly 20 years, said: ‘The changes in the constancy of nature give real clues to climate change and are an indicator of climate change that we can all observe. I would say for me the point of real interest is the first snowdrop which seems to come ever earlier in January and the last leaf on the oak which seems to stay even longer into December.’