Theresa May: we will end UK contribution to climate change by 2050 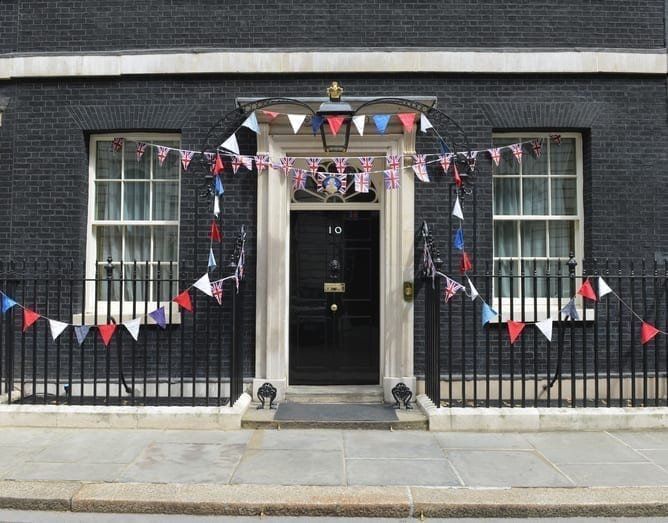 The prime minister has announced that the UK will eradicate its net contribution to climate change by 2050.

The statutory instrument to implement this will be laid in Parliament today, Wednesday 12 June, amending the Climate Change Act 2008.

Theresa May will also meet young science and engineering students today to discuss the new target, which is based on advice from independent experts the Committee on Climate Change. The government commissioned this advice in October.

In its report, the Committee on Climate Change forecast significant benefits to public health and savings to the NHS from better air quality and less noise pollution, as well as improved biodiversity.

This legislation will mean that the UK is on track to become the first G7 country to legislate for net zero emissions, with other major economies expected to follow suit.

To encourage other major economies to adopt similar policies, the UK will conduct a further assessment within five years to confirm that other countries are taking similarly ambitious action, to ensure ‘our industries do not face unfair competition’.

‘As the first country to legislate for long-term climate targets, we can be truly proud of our record in tackling climate change. We have made huge progress in growing our economy and the jobs market while slashing emissions.

‘Now is the time to go further and faster to safeguard the environment for our children. This country led the world in innovation during the Industrial Revolution, and now we must lead the world to a cleaner, greener form of growth.

‘Standing by is not an option. Reaching net zero by 2050 is an ambitious target, but it is crucial that we achieve it to ensure we protect our planet for future generations.’

A net zero target with a backstop?

The government will retain the ability to use international carbon credits ‘within an appropriate monitoring, reporting and verification framework’. According to the government, this is ‘the right thing to do for the planet, allowing the UK to maximise the value of each pound spent on climate change mitigation.’

Dr Doug Parr, chief scientist for Greenpeace UK said this is a ‘big moment’ for everyone in the climate movement and particularly to the youth climate strikers, who rightly should advise on future climate and environmental policy.’

He said it was right for the UK, the birthplace of the Industrial Revolution, to be the world’s first major economy to commit to completely end its contribution to climate change – but that the commitment was undermined by ‘trying to shift the burden to developing nations through International Carbon Credits’.

This type of offsetting ‘has a history of failure and is not, according the government’s climate advisors, cost efficient’, he said.

‘While the loopholes being woven into the legislation by the Treasury will need to be unpicked, and the date moved forward, this decision fires the starting gun for a fundamental transformation of our economy.

‘The government must immediately upgrade our electricity, construction, heating, agriculture and transport systems. They must cancel the Heathrow Third runway and road-building plans, and invest public money and provide significant policy support to protect communities, workers and the planet.

‘It’s now official – in a climate emergency, business as usual is no longer an option.’

Youth steering and the economy

For the first time, young people will have the chance to shape our future climate policy through the Youth Steering Group. The group, set up by DCMS and led by the British Youth Council, will advise government on priorities for environmental action and give a view on progress to date against existing commitments on climate, waste and recycling, and biodiversity loss. They will start their review in July.

It will be for future governments to determine the precise direction of future climate policy, but the Committee on Climate Change acknowledges that strong foundations have been laid through the Clean Growth Strategy.

‘We want to continue our global leadership and that’s why we are introducing a legally binding net zero target to end the UK’s contribution to global warming entirely by 2050. The report we commissioned from the Committee on Climate Change makes clear that we have laid the foundations to achieve a net zero emissions economy, and that it is necessary and feasible.

‘Almost 400,000 people are already employed in the low-carbon sector and its supply chains across the country. Through our modern Industrial Strategy we’re investing in clean growth to ensure we reap the rewards and create two million high quality jobs by 2030.’

‘This legislation is the right response to the global climate crisis, and firms are ready to play their part in combating it’, she said. ‘Climate leadership can drive UK competitiveness and secure long-term prosperity. This legislation must be followed by a commitment to long-term policies that support decarbonisation across the economy.’

Dame Carolyn Fairbairn added that some sectors will need ‘clear pathways’ to enable investment in low-carbon technologies, and said it is ‘vital that there is cross-government coordination on the policies and regulation needed to deliver a clean future.’

Click here to read our article on the CCC report on how the UK could become net zero by 2050.