The Culinary Caveman on how nettles could become a multi-billion pound industry – sequestering carbon dioxide, regenerating industrially ruined soils and helping to replace and improve pharmaceuticals 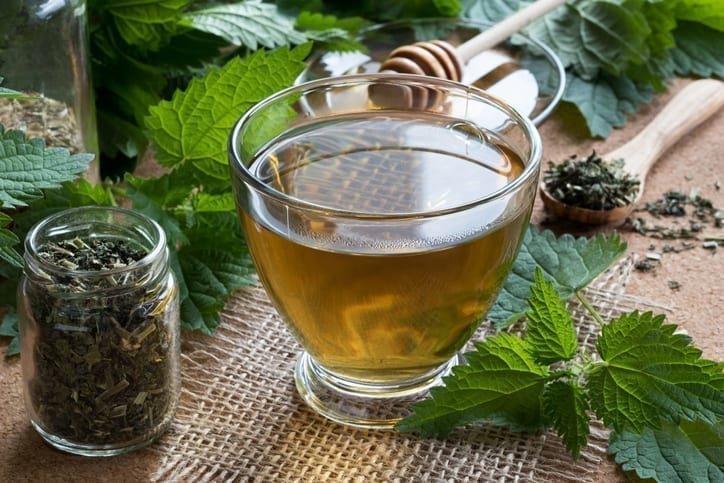 While researching for my new book, Seven Plants to Save the World, several incredible facts surfaced about nettles; one of them is just far too important to be known only to those who get to read the book, so I’m going to share it with you now.

For millennia nettles were a part of the daily diet across Europe from March until November. Since WWII we have not eaten them, and since WWII incidences of the diseases of civilisation – cancers, heart disease, iatrogenics, diabetes, depression, dementia, neurological dysfunctions and more – have gone through the roof. I’m not implying all of these diseases have nettle deficiency as their aetiology, that would be ridiculous, but it is certainly a risk factor.

So what’s the deal with this acetylcholine? Well, it’s a massive deal. To perform any movement, or to even perform any thought process, acetylcholine has to fill the associated nerve ending/s. This nerve is then stimulated with a message to either perform a motor function (move) or to perform a cognitive function (think).

If acetylcholine is impeded in its function, the impact is potentially huge – yet this acetylcholine can only do its job with an adequate supply of the enzyme to activate it.

Problems in the food chain

We all know the food chain is in a terrible state, with most people eating predominately processed food treated with heat, smothered in deleterious oils and exposed to various chemicals, at the end of which there is definitely little life left in it. This means that the bits in the food we really need (in this case the acetylcholinesterase) has been severely compromised.

So what effect does this have on our neurological functionality? It’s unlikely to be good.

Then consider the increasing abundance of sufferers of neurological conditions – Parkinson’s and Alzheimer’s and other aspects of dementia – plus all the new neuralgia and fibromyalgia cases. They all show clear errors in neurological pathways, in line with a deficit in these enzymes, compromising basic thought and motor functionality.

The food chain has destroyed one enzyme critical for motor and mental functionality, whilst the other, only found in nettles, isn’t being eaten at all.

Please give that sentence a few seconds to sink in.

We have no idea that we are actually dependent on nettles, in the same way a panda is dependent on bamboo, a koala on eucalyptus leaves or the monarch butterfly on milkweed leaves. We’ve collectively and culturally forgotten how important nettles are for us. They are a prime example of what I call a Human Plant.

Compounding this nettle neglect is the parallel rise of agricultural chemicals since WWII, which have literally covered the entire planet in a thin film of deadly chemical residue.

Do you know how these agricultural chemicals achieve any level of success? They interfere with the pathways of acetylcholine, whether in a beetle, bird or human – the same way sarin gas or a black widow spider kills you.

The correlation is clear: fewer enzymes from food and more of the poisons that are designed to screw with these enzymes can only lead one way.

So next time you see some, give nettles respect, not disdain. The role of nettles in the future is going to be more significant than you might have realised. They will lead the way in drugs for neurological conditions, so best to munch on them before you need those, as they act as a perfect preventative.

There is so much more I want to share with you about this incredible plant. If you want to find out how nettles can become a multi-billion pound industry, sequester carbon dioxide, regenerate industrially ruined soils and help to replace and improve pharmaceuticals that have reaped devastation across the entire human and animal kingdoms, you’ll have to read my new book.

Seven Plants to Save the World, due out Summer 2019, is going to be the kick-start to the revolution we’ve all been waiting for – and you read it here first on MyGreenPod.

Click here to find out more about the Culinary Caveman