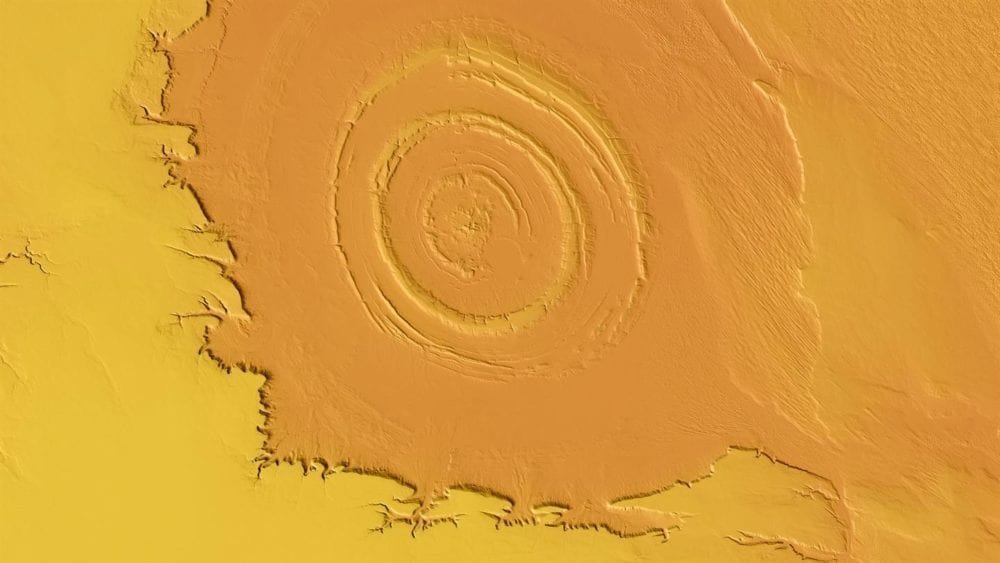 A new three-dimensional map of Earth has been completed: mountain peaks and valley floors across the globe can now be seen with an accuracy of just one metre.

The ‘global elevation model’ was created as part of the TanDEM-X satellite mission; it offers unprecedented accuracy compared with other global datasets.

‘TanDEM-X has opened up a whole new chapter in the field of remote sensing. The use of radar technology based on two satellites orbiting in close formation is still unique and was key to the high-precision remapping of Earth.’

More than 1,000 scientists around the world are already making use of the data from the mission. The applications for this unique dataset range from climate and environmental research, surveying and mapping to infrastructure planning for urban development and road construction.

The quality of the global elevation model has surpassed all expectations. Exceeding the required 10-metre accuracy, the topographic map has an elevation accuracy of a single metre.

The distance between the two satellites in formation flight, for example, is determined with millimetre precision.

The global coverage achieved by TanDEM-X is also unparalleled – all land surfaces were scanned multiple times and the data was then processed to create elevation models.

Between January 2010 and December 2015, the radar satellites transmitted more than 500 terabytes of data to Earth via the worldwide reception network. In parallel, the systematic creation of elevation models began in 2014.

Sophisticated processing chains analysed the data using highly accurate and efficient algorithms to generate the final elevation models. During this process, the data volume increased to a total of more than 2.6 petabytes.

TerraSAR-X and TanDEM-X have long exceeded their specified service lives and continue operating faultlessly and in such an efficient way that they still have enough propellant for several more years.

Completion of the 3D world map does not signify the end of the mission; due to the special nature of the formation flight, further scientific experiments are scheduled.

The Tandem-L successor mission could provide a current elevation image of Earth’s entire landmass every eight days and thereby capture dynamic processes in a timely manner.

This would also make it possible to contribute to the review of international climate and environmental agreements.

‘Processing this data was an exciting challenge for us. We are now all the more fascinated by our initial scientific findings. Using the current elevation model, we have shown that in some regions of Earth, glaciers are losing up to 30 metres in thickness per year in the area of the glacier tongues.’