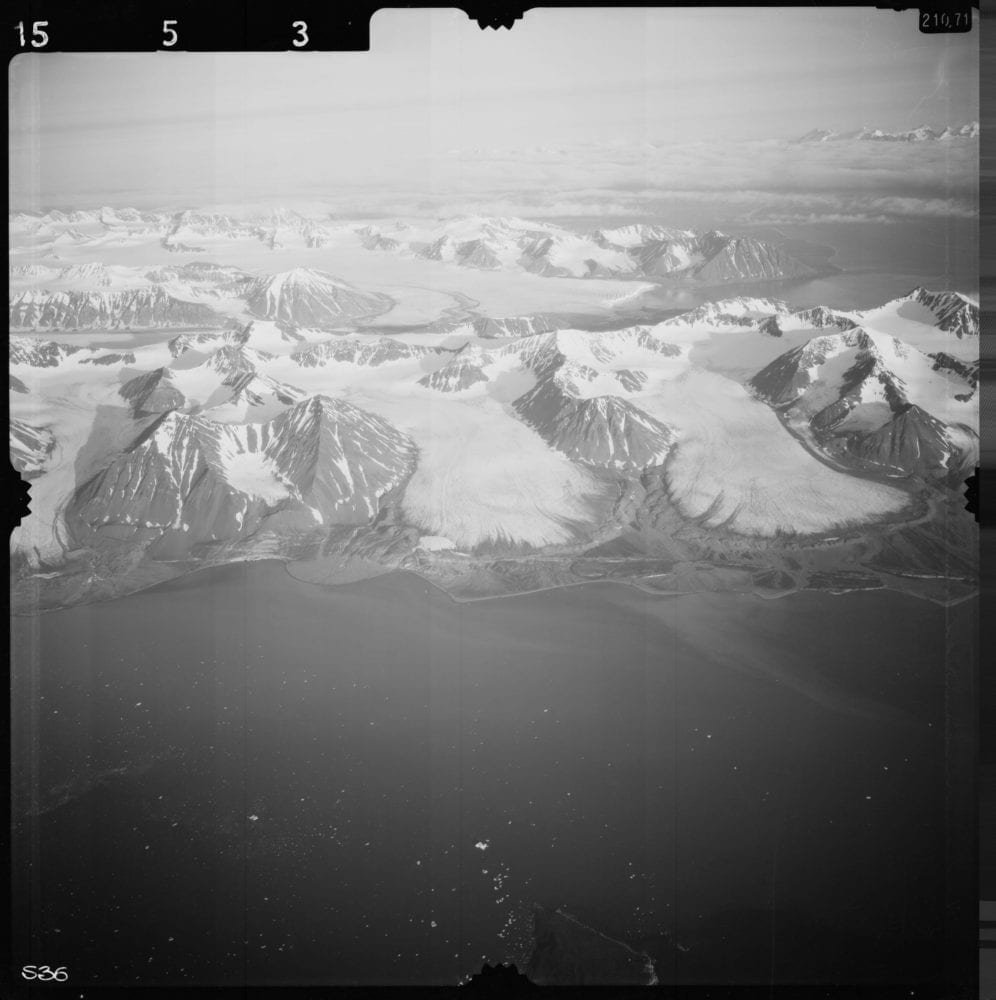 Old aerial photographs of Arctic glaciers can be used to assess and measure changes to their surface over time, according to a new study.   Environmental scientists at Nottingham Trent University have used a new type of image processing to reconstruct the surface structure of glaciers from photos.

The work, published in the journal Geomorphology, is important because the archive of historic imagery of glaciers is vast – and predates the period of direct measurement of glaciers that’s used today.

The Arctic is also experiencing more rapid climate change than other parts of the world, so it’s crucial to improve understanding of the change that has already occurred.

As part of the study, photogrammetry – the science of making measurements from pictures – was used in a technique called ‘structure-from-motion’.   This involves using software to allow multiple overlapping photographs taken from different positions to assess depth and distance.

The researchers used aerial photographs of two glaciers in Svalbard, a Norwegian archipelago in the Arctic Ocean, which were taken as part of a detailed mapping campaign in 1936.

Using these images, they produced a correct-scale vertical view of the scene, which was used to assess surface structure of the glaciers and the extent of recession at the front of the glacier between 1936 to 2003 – found to be 1km.

The team – led by the university’s School of Animal, Rural and Environmental Sciences – also produced a surface model, which gave extremely detailed height data for the former glacier surface.

From this they could show that the ice margins of the two glaciers in 1936 were around 80m thick at the 2003 glacier margin. They were also able to assess a surface bulge on one of the glaciers which is linked to very fast glacier flow.   ‘Our research demonstrates how this imaging process has real potential for helping to reconstruct historical glacier surfaces.

‘Archive imagery clearly provides an exciting avenue for geoscientific research, with historical image sources offering a low-cost and rapid method for extracting important surface data.  ‘We can now measure in fantastic detail how the surface has changed over time, which is hugely important in terms of glacier change. We want to utilise this technique further to examine surface change in places like Svalbard to assess glacier change during the twentieth century.’

Last year Dr Midgley published work showing how drones can be used to better understand environmental changes to glaciers, by using them to map and quantify ice loss within the landscape over time.  The University of Derby was also involved in the study.