Our cars and power must change

Electricity and automotive industries increasingly off track against climate targets, according to first sector studies released since COP26 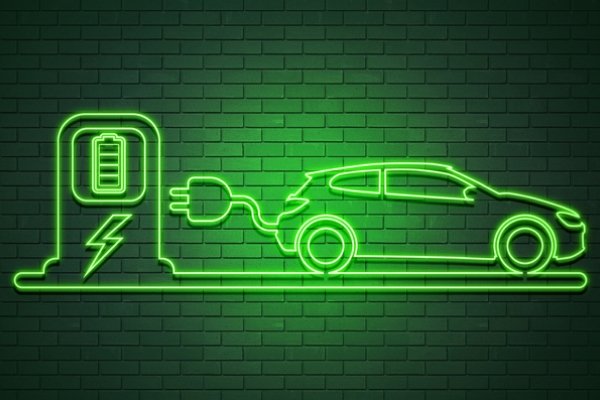 Almost all companies across the electric utilities and automotive sectors are set to exceed their 1.5°C warming scenario budgets, according to findings released today (24 November) from CDP, the World Benchmarking Alliance and ADEME.

With COP26 now concluded and pressure mounting on businesses, these critical industries are shown to be lagging far behind where they should be on reducing emissions and their reliance on fossil fuels.

The largest study of its kind, the research ranks the most influential 50 electricity and 30 automotive companies on their commitments and progress on achieving a low-carbon transition, in line with the milestones for achieving net zero set out in NZE.

The first assessment of these critical sectors released since world governments came together at COP26 to agree to a ‘phasing down’ of fossil fuel production, it shows that both sectors continue to rely heavily on fossil fuels, with nearly all (98%) companies in the electric utilities sector and 93% of the automotive sector set to exceed their carbon budgets.

‘Transforming these two critical industries will have a significant impact on the fight to drive down global emissions. With companies in these sectors lagging behind on both transition planning and in reducing net emissions, we need investors, governments, civil society and other actors to engage with these keystone businesses and hold them accountable for the gaps between ambition and performance right now, and not in the future. Poor performance of the most influential automotive and electric utilities companies could undermine the legacy that COP26 sets out.’

In the automotive sector, half of the companies assessed have increased the share of low-carbon vehicles they sell, but this shift is not accelerating fast enough.

‘To stay on track for safe levels of warming, we need to see massive strides from both of these critical sectors. At present, we’re simply not seeing change happen fast enough. The automotive sector has only increased its low-carbon vehicle share by 5% over the past five years – that kind of progress is not going to get us where we need to be by 2030. Likewise, the fact that only eight out of 50 companies are currently investing enough in low-carbon tech to align with a 1.5°C warming scenario is a red flag for the entire industry. Companies must increase ambition and deliver against climate transition plans or it will prove disastrous for their businesses and for our overall climate efforts.’

In 2020, seven of the 30 most influential companies still drew less than 1% of their sales from low-carbon vehicles:  Ford, Honda, Mahindra & Mahindra, Mazda, Subaru, Suzuki and Toyota.

The five biggest companies (selling more than 5 million vehicles in 2020) – Toyota, VW, GM, Stellantis and SAIC Motor – have an important role to play in the decarbonisation of the sector.

With relatively low levels of low-carbon vehicle sales compared with their size (ranging from 5.9% – 0.6%), much more needs to be done to transform their operations, the report says.

However, transition plans are becoming more detailed and ambitious, with 23 of the 30 automotive companies improving their transition planning since last year.

Two-thirds (20 out of 30) of companies have now set targets to increase their sales of low-carbon vehicles and 11 have made financial commitments to electrification and the low-carbon transition.

Yet more ambition is needed in emissions targets. 13 of the companies have set credible targets for their scope 3 emissions, however no companies’ scope 3 targets were sufficiently ambitious to align with a 1.5°C pathway.

The sector still has far to go on contributing to a just transition, with the average score for automotive companies at just 2.9 out of 16 on WBA’s 2021 just transition assessment.

‘While policy makers are wondering if, when and how to address the question of companies’ transition plans alignment with 1.5°C, these updated benchmarks prove once again that the world can’t only rely on private sector’s commitments to reach planetary carbon neutrality. Challenging mandatory schemes like the European Union’s taxonomy, enlightened choices from the financial sector and civil society pressure should accelerate actual transition plans implementation.’

ROMAIN POIVET
Coordinator of the ACT Initiative at ADEME

In the electricity sector, overall the companies assessed will exceed their total carbon budget by 57% up to 2035.

Just three out of 50 companies (Ørsted, EDP and AES Corporation) have emissions targets that align with the IEA’s 1.5°C warming scenario. Only Ørsted is projected to stay within its carbon budget between now and 2035.

Given their continued reliance on fossil fuels, the climate performance of 35 companies in this sector is expected to decline in the near term.

To be fully aligned with a 1.5°C pathway, 78% of companies’ electricity generating capacity needs to come from renewables by 2030. Currently, only eight companies are investing at these levels.

There are no companies in the sample with a zero carbon portfolio and for 34 companies, coal accounts for more than 10% of their capacity.

The sector has performed well on pursuing a Just Transition, with European headquartered companies demonstrating the highest levels of best practice on planning for and mitigating the social impacts of their low-carbon transition on workers, communities and affected stakeholders.

These benchmarks are the latest iterations in a series of analyses from CDP, WBA & ADEME tracking the progress of the sectors (the second iteration of the electric utilities sector and the third of the automotive).

Earlier this year, the first Oil and Gas Benchmark was also published, as well as the Just Transition assessment of 180 companies in high-emitting sectors, launched at COP26.