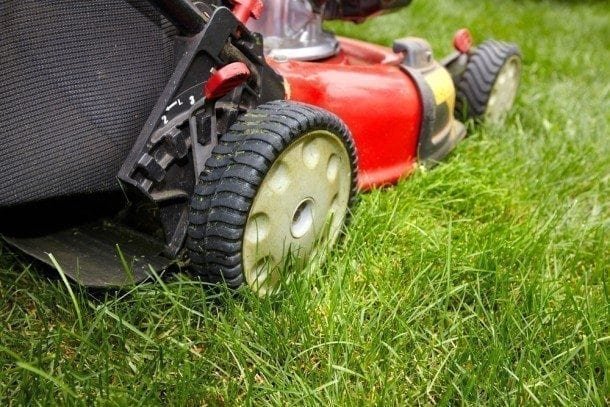 Spillage from petrol-powered garden tools, including mowers, brush-cutters and trimmers, amounts to over 17 million gallons worldwide – with around a million estimated to be in the UK alone.

Now one manufacturer is so convinced that petrol garden tools are the past that it has announced it will no longer make them, relying instead on a range of battery-powered products.

The Environmental Protection Agency (EPA) estimates that, around the world, more fuel is lost when filling lawnmowers and other garden equipment every year than the oil that was lost in the Exxon Valdez disaster.

The astonishing statistic is underlined by an online study that suggests the average UK home owns at least one petrol garden tool, with 10% of those polled owning more than three petrol products.

When the Exxon Valdez oil tanker went down in Prince William Sound, Alaska, in March 1989, 10.8 million gallons of oil were lost, leading to one of the world’s worst ever man-made environmental catastrophes.

When gardeners fill up their equipment with petrol, the total spillage worldwide surpasses that huge total and soaks into the Earth, contaminating ground water and poisoning plant life.

A Swedish study has also found that the emissions from a petrol mower used for one hour is equivalent to the emissions released by a car on a 100-mile journey.

During the summer months, an estimated 15 million domestic lawns are mowed every couple of weeks. The emissions from petrol mowers each fortnight in domestic gardens alone are thought to be equivalent to the emissions from a 500 million mile car journey, the equivalent of the distance from the Sun to Jupiter.

Petrol machinery also produces a variety of airborne pollutants that are harmful to the human body. Carbon monoxide and nitrogen oxide can be found in common ‘gardener’s smog’ from lawnmowers and brush-cutters. Together, they can impair breathing whilst aggravating any existing heart and lung conditions – a particular concern for senior gardeners.

Major manufacturer Bosch is so convinced by the arguments against petrol power that it has announced it will no longer produce petrol garden tools, and will instead rely on battery power.

The battery-powered lawnmowers, brush-cutters and line trimmers in the new Bosch Professional range are built in Britain, start at the touch of a button (avoiding the strain on back muscles from tugging the starter cord), don’t involve trips to the garage for petrol and are not affected by rain or cold weather.

‘Not only does our new range provide a powerful battery-powered alternative to petrol, our mower is also quieter than some domestic vacuum cleaners so the neighbours won’t get upset when you or your gardener uses it at the weekend.’

The batteries take just 42 minutes to recharge, providing enough power to mow an area equivalent to an entire football pitch. The fuel savings that flow from battery-powered technology mean that the new battery-powered models in the Bosch Professional range mowers and brush-cutters could effectively pay for themselves over a few years.

The Bosch Professional GRA 53 lawnmower, part of the new battery-powered range, was a finalist for the RHS Chelsea Garden Product of the Year 2015 Award and recently won the internationally recognised Red Dot award for Product Design 2015.

The brush-cutters are ideal for use in noise-sensitive areas thanks to the low-noise cutting blade and line. In comparison with a conventional petrol brush-cutter, the Bosch Professional is at least five times quieter.

The new products are already being snapped up by councils and groundsmen across the country. The University of York has just invested in its first battery powered mower from Bosch to avoid noisy gardening during the revision season.

Click here to find out more about the battery-powered lawnmowers, brush-cutters and line trimmers in the Bosch Professional range.