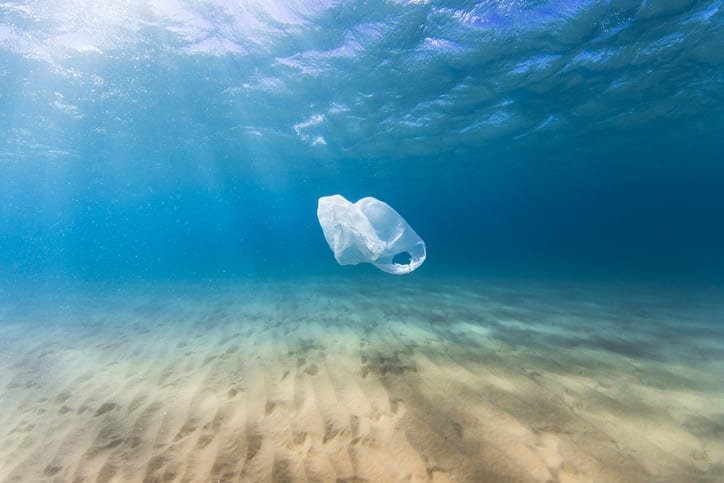 The government has today (31 Aug) confirmed that the plastic carrier bag charge will be extended to all retailers from April 2021.

The latest statistics show the current levy, which stands at 5p and applies to any retailer employing 250 or more people, has led to a 95% cut in plastic bag sales in major supermarkets since 2015.

Today’s announcement, which marks the latest move to clamp down on plastic pollution, is part of the government’s ambition to eliminate avoidable plastic waste through its 25 Year Environment Plan and ‘build back greener after coronavirus’.

‘We have all seen the devastating impact plastic bags have on the oceans and on precious marine wildlife, which is why we are taking bold and ambitious action to tackle this issue head on.

‘The UK is already a world-leader in this global effort, and our carrier bag charge has been hugely successful in taking billions of harmful plastic bags out of circulation. But we want to go further by extending this to all retailers so we can continue to cut unnecessary waste and build back greener.

‘I hope our pioneering track record on single-use plastics will inspire many more countries to follow suit, so we can take on plastic waste together and implement lasting change.’

We buy 4 bags per year

As a result of the carrier bag charge, the average person in England now buys just four bags a year from the main supermarkets, compared with 140 in 2014.

By extending the charge to all retailers, ministers want to see bag usage cut significantly in small shops as well, with customers incentivised to use long-life bags made from more sustainable and environmentally friendly materials.

‘It’s encouraging to see the government take further steps in reducing our reliance on single-use plastic bags. Since the introduction of the 5p carrier bag charge we’ve seen a more than 60% drop in the number of plastic bags on the UK’s beaches.

‘It’s so important we reduce our reliance on single-use items and we move to a culture of reuse. This increased charge, and extending to all retailers, will help remind people of everyday, simple changes they can make to help the marine environment.’

In a public consultation last year, the government proposed to double the charge and extend it to all retailers, with the vast majority of respondents welcoming the move.

In a formal response published today, Defra has now committed to implementing this change from April 2021.

‘By raising the price of plastic bags again the government is taking a small step in the right direction, but by now they should be taking great strides. Reinstating the previous price of carrier bags, but not taking action on bags for life, is only looking at one part of the problem. And it could be construed as tokenism when there are so many ways ministers know they could be driving fast and substantial reductions on plastic pollution.

‘The government should be setting legally binding targets now for retailers to reduce single-use plastics by 50% by 2025. And they should be working quickly to make sure the big brand plastic producers take responsibility for disposing their waste. If they’re increasing costs for shoppers, ministers really have no excuse not to increase costs for the companies that are responsible for the escalating volumes of single-use plastic packaging in the first place.’

Other key government actions on plastics include a ban on microbeads, consulting on introducing a deposit return scheme to drive up the recycling of single-use drinks containers and a ban on the supply of plastic straws, stirrers and cotton buds, which will come into force in October.

The government will also introduce a new ‘world-leading tax on plastic packaging’ which does not meet a minimum threshold of at least 30% recycled content from April 2022, subject to consultation, to encourage greater use of recycled plastic to tackle the problem of plastic waste and protect the environment.

‘As we see daily reports of the surge in litter blighting the countryside one thing is clear – we must redouble efforts to tackle our throwaway culture. It is heartening to see the government finally extending the plastic bag carrier charge, something we have been calling for since the limited scheme was brought in five years ago.

‘But plastic bags are not the only kinds of waste in our rivers, fields and beaches, and further action is long overdue. Plastic bottles, cans, takeaway packaging and the litter newcomers of gloves and faces masks are piling up in the countryside quicker than cash strapped councils can clear them.

‘To truly step up and face the war on plastic, government should bring in charges on all single-use, throwaway items – from takeaway cups to wooden forks. Incentivising reuse systems and finally committing to an all-in Deposit Return Scheme for drinks containers are the only ways the government can achieve a litter-free countryside and win the war on waste.’