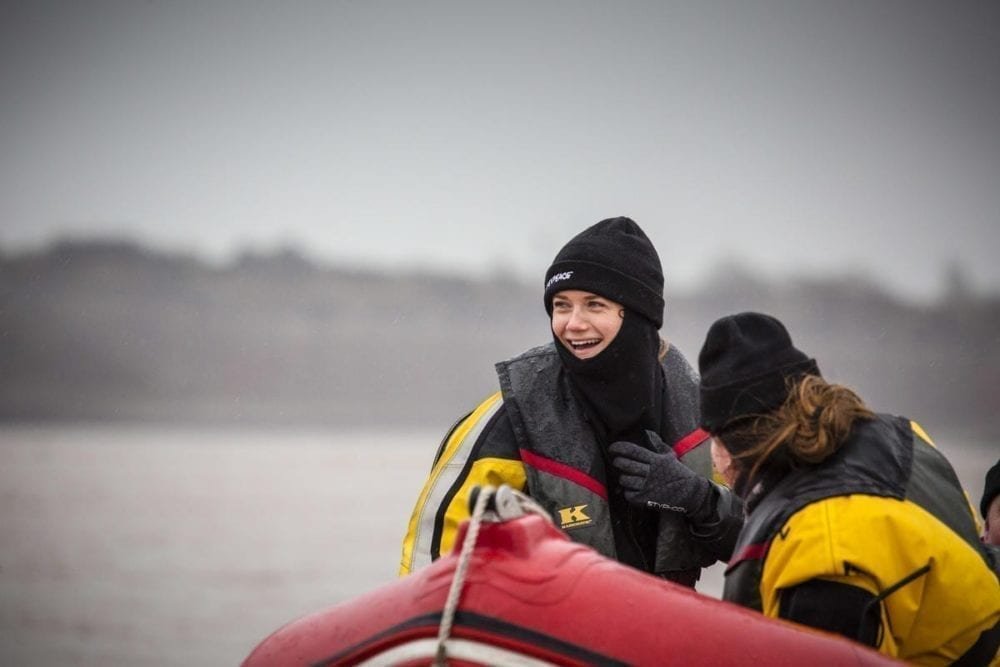 On Tuesday (05 March), film star Bonnie Wright (A Christmas Carol, The Sea, Harry Potter series) joined scientists and campaigners on the River Wye to launch a nationwide survey of plastic pollution in the UK’s major rivers.

The samples will be sent back to the University of Exeter, where they will be analysed using fourier-transform infrared spectroscopy (a cutting-edge infrared plastic detector) and compared with samples from other major rivers across the UK. The results will be collated into a scientific report on the plastic load in UK rivers to be released later this year.

‘I was shocked to learn that most of the plastic that I’ve ever used is still somewhere here on earth. And yet every year we just keep producing more and more (at a rate that isn’t sustainable) and there’s nowhere for it all to go.

It’s killing wildlife and there are growing concerns that it may be affecting our health – so we’re here today to urge the UK Government to take action: to set targets to phase out single-use plastics.’

Microplastics – very tiny plastic particles that come from degraded plastics and synthetic clothing – can be toxic to wildlife and fragile ecosystems and represent a vast proportion of the plastics that flow directly from our rivers out into the sea.

Plastic pollution, particularly in our seas and oceans, is now the number one environmental concern to the British public.

Greenpeace is asking the UK government to tackle our plastic crisis by setting new legally binding targets in the forthcoming Environment Bill to radically reduce single-use plastics. Greenpeace is also urgently calling on the government to create an independent environmental watchdog to ensure that these and other vital targets are met.

‘More frightening facts seem to emerge about plastic pollution every month. It’s in our water, our food, the air; it’s polluting the most remote parts of our planet. But the scariest fact is that if we carry on with business as usual plastic production is set to quadruple by 2050. It’s clear our rivers and oceans simply can’t stomach this. That’s why Greenpeace is urging the government to ensure that their new Environment Bill sets specific targets for reducing the amount of throwaway plastic being made.’

Kirsten Thompson, lecturer in Ecology at the University of Exeter, said this is the first nationwide investigation into microplastic pollution in Britain’s major rivers. While plenty of studies reveal how much plastic is in our seas and oceans, to date very few have investigated the amounts and types of plastics, especially microplastics, carried along by our rivers.

‘Documentaries like Blue Planet have shown us just how detrimental plastic pollution is to marine wildlife, but we hope that our research on rivers in England, Scotland, Wales and Northern Ireland will help uncover exactly where this plastic is coming from and what impact plastic pollution may be having closer to home on creatures like otters, kingfishers and water voles.’

KIRSTEN THOMPSON
Lecturer in Ecology at the University of Exeter

The national project has been made possible by players of the People’s Postcode Lottery, and The Postcode Green Trust.

Click here to find out how supermarkets rank for plastics.