Power to the people

Is this the end for community energy – or the beginning of a transformed industry? Collectively, communities up and down the country have been taking on the Big Six and an energy market that lacks transparency and doesn’t seem fit for purpose.

There are now over 400 UK community energy groups, meaning there’s significant momentum to drive change in the sector and map out a new way to generate, receive and pay for energy.

But just as the idea of renewable community energy was starting to gain serious traction, DECC announced a series of proposals that could put the kibosh on new projects that haven’t yet received funding or approval.

Projects that were pre-accredited before the end of June 2015 benefit from a 6.16p/kWh Feed- in-Tariff (FiT), but proposed changes to the rules governing FiTs threaten future projects by putting a question mark over the price that will be paid for renewable energy.

‘The level of FiT obviously directly impacts on the project economics, but removal of pre- accreditation for FiTs is possibly a bigger issue, as you don’t know what level of income you can expect – not only during the development phase of the project, but also during the fundraising’, said Jan-Willem Bode, managing director of Mongoose Energy. ‘That’s difficult to sell to community investors. Certainty is possibly more important than the level of income.’

But FiTs aren’t the only thing causing uncertainty: the Renewables Obligation (RO) subsidy for wind power has already been scrapped (with a grace period) and support for new small-scale (sub-5MW) solar farms will also be axed if DECC’s plans are approved.

Impact on the community sector

Together, these proposals could seriously affect the growth of future community energy projects; DECC admitted as much when it acknowledged some of the changes ‘will have a particular impact upon the community sector.’

‘The removal of Climate Change Levy and Levy Exemption Certificates (LECs) at a time of low wholesale electricity prices for Feed-in-Tariff projects leads to a decrease in income of approximately 4.5%’, Jan-Willem told PQ. ‘This is big – and for many of our projects it effectively means halving the size of the community fund.’

The rise of community energy

Small-scale renewable energy projects weren’t viable until the Feed-in-Tariff was introduced in 2010. The scheme provided a market driver for smaller scale community-owned projects and a number of community energy organisations were set up as a result. The main goal was to raise enough money to install solar panels on the roofs of schools and other community buildings.

From a couple of roofs to a dozen roofs – and from small-scale wind farms to larger solar farms – community energy has grown massively over the last couple of years; in order to avoid the risk of fizzling out, it’s now more important than ever that the sector continues to grow.

That’s where Mongoose Energy comes in. ‘We realised that a lot of these community groups are very enthusiastic and doing exciting things’, Jan-Willem told PQ, ‘but when you really want to scale up the risks increase, the budgets involved in the development of the project go up and the knowledge and skills required for financial structuring become more complex, too.’

Community projects were initially financed in a pretty straightforward way – by money raised through community share offers. Now they can contain all sorts of different financial instruments, along with all the jargon that comes with them: senior debt, junior debt, mezzanine, under writing and bridge finance are just a few of the terms that have joined the humble (and straightforward) community share offer. 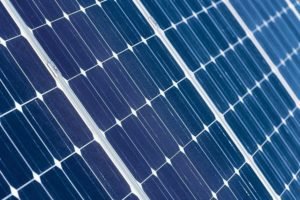 Mongoose Energy was set up as a spin-off of Bath and West Community Energy (BWCE), an award-winning community benefit society that was one of the first community energy organisations to scale up from small rooftop projects to larger renewable energy installations.

‘Towards the end of 2014 we realised that, in order to scale up community energy, there was a need for an organisation that could take on some of the risks associated with larger scale project development and project acquisition, and that could also really focus on working with a larger number of community groups across the UK’, Jan-Willem explains.

The case for decentralised energy

The UK grid is designed to transport lots of electricity right across the country – from large coal-fired power plants in the north and nuclear plants in the south. It’s not geared up for decentralised generation; we’ve already seen regions where there’s simply no capacity to connect more wind or solar as, without a major investment in infrastructure, the grid just can’t cope with it.

The advantage of decentralised generation is that, in general, it can be generated much closer to where it’s used. That’s fundamentally a better proposition than generating ] electricity at a substantial distance from where it’s needed: losses are reduced and – if structured well – the local economy benefits as a result.

Take, for example, a solar roof. The building owner benefits from having an additional income stream from renting out the roof, the tenants (and others) benefit from having lower electricity costs, the investors benefit from having a healthy return and the community benefits as surplus profits are being paid into a fund that’s available for grants. Economic development and the sustainable generation of energy contribute to a more resilient local society.

‘I see the future as a combination of community and commercial projects, with a retail company linking it all’, Jan-Willem told PQ. ‘If a solar panel on a house produces electricity that the home doesn’t need, it could be used by another household in the same area. In that way, different renewable energy projects, together with smart meters and storage, could really become a virtual power plant, delivering all kinds of benefits at a local level.’

The future for renewables

Resources vary across different parts of the country, but in principle – and assuming the regulatory framework, financials and grid are in place to make a project work – there’s no reason why all communities across the country shouldn’t be able to generate their own energy.

‘I think DECC is very aware of the interest in – and the possibilities for – community energy’, Jan-Willem told PQ. ‘There genuinely is enough resource to provide renewable energy to every household in the UK. Technical solutions definitely exist to be able to do that by 2050.’

But politicians and government need to do more for the community energy sector; from a technical point of view, grid upgrades to connect decentralised energy are crucial – and certainty regarding support mechanisms would help. But, as Jan-Willem points out, ‘every company or organisation that has been active in this field is used to riding the waves of regulatory change.’

Mongooses live in solid communities and symbolise what communities can achieve when they work together. ‘I would love to see a situation where masses of people buy their electricity through a community-owned energy supply business from community-owned renewable energy projects’, Jan-Willem told us. ‘With Mongoose Energy I’ll work hard to get to a point where everyone runs their home through a community renewable energy project.’

Click here to find out more about Mongoose Energy.