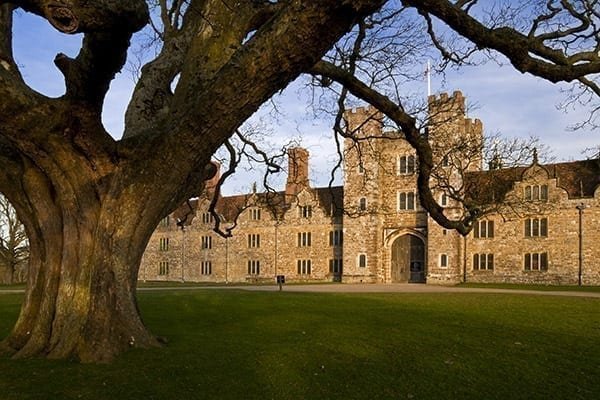 Themes of gender and sexuality will be explored and celebrated by the National Trust in 2017 as part of the nation’s commemoration to mark 50 years since the partial decriminalisation of homosexuality.

Being bolder about heritage

According to the National Trust, LGBTQ heritage has an important place in the history of the conservation charity and the places in its care.

‘These days we can all be a bit bolder about exploring and enjoying the UK’s rich heritage of sex and gender diversity. And I’d argue that without an awareness of that heritage our experience of certain National Trust properties is incomplete.’

The Trust recently acquired a copy of the novel Orlando, signed by Virginia Woolf to the cousin of her lover Vita Sackville-West. Orlando, inspired by Sackville-West’s family history at Knole in Kent (main image, courtesy of Robert Morris, National Trust images), tells the story of a gender-changing character whose life spans the 400-year history of the house.

During 2017, as part of its ‘Prejudice and Pride’ programme, the Trust will tell the stories of the men and women who challenged conventional notions of gender and sexuality and who shaped the properties in which they lived.

A number of events will be taking place at properties with LGBTQ connections and the Trust will also be involved in community-focused celebrations including Pride festivals around the country.

Over the course of the year, online and published resources will be available including a podcast series and a new guidebook exploring LGBTQ heritage in Trust places.

‘Our places span large historic mansions to small workers’ cottages across England, Wales and Northern Ireland so we have a unique opportunity to bring together those stories that unite them and show how deeply and widely LGBTQ heritage goes back into our shared history.

‘Some of the stories are well known already, such as the relationship between Vita Sackville-West and Virginia Woolf, but some have not been explored or fully told until now. This anniversary is giving us the opportunity to reflect on and celebrate the contribution of the people and the places that meant so much to them and offer a greater understanding, accessibility and higher profile for LGBTQ heritage.

‘We are pleased to be working in partnership with University of Leicester Research Centre for Museums and Galleries who are bringing their expertise to the Trust in researching and sharing LGBTQ histories in a heritage context.’

Among the National Trust properties taking part are:

Sutton House, Hackney
Sutton House will hold a year of exhibitions, activities and events around the theme ‘Sutton House Queered’. Working with a number of community partners, the programme will unpick themes of exploration, anarchy and campaigning – and include a range of displays and trails ranging from Alice in Wonderland to 1980s squatters. Events begin in LGBTQ history month in February.

Smallhythe Place, Kent
The former home of actress Ellen Terry will shine a spotlight on her daughter Edy Craig who lived with two female partners in the Priest’s House. Playwrights, Pioneers, Provocateurs will highlight a number of objects in the house, and a production of Wilde Without The Boy, a dramatisation of De Profundis, the letter/s written by Oscar Wilde to Lord Douglas from prison, will take place in the Barn Theatre on 9th and 10th June.

Knole, Kent
Knole will be celebrating Virginia Woolf’s iconic novel Orlando, inspired by her lover Vita Sackville-West, who was born and brought up at Knole. A copy of the book, signed by Woolf for Vita’s cousin Eddy Sackville-West recently acquired at auction, will form the centre piece of events which include a partnership with Cinelive and the British Film Institute. A week of events begins Tuesday 27 June.

‘Our spotlight on LGBTQ heritage is an important one and we have chosen it to begin our ‘Challenging Histories’ programme. Over the next few years we will be exploring some of the complex and often more difficult aspects of the history of our places, stories we have perhaps shied away from but which are important to our understanding of their history.

‘In 2018, to mark the centenary of the first Act of women’s suffrage, we will be looking at the role women have played in shaping our places but also how they were often excluded; in 2019, 200 years after the Peterloo Massacre in Manchester, we will look at places which have been the scene of important national events such as Runnymede, Tolpuddle and Mam Tor.

‘The programme will be built on new research and will, we hope, stimulate contemporary debate on issues that have their roots in the past but are of continuing relevance today.’

Click here to find out more about LGBTQ activities around National Trust places in 2017.