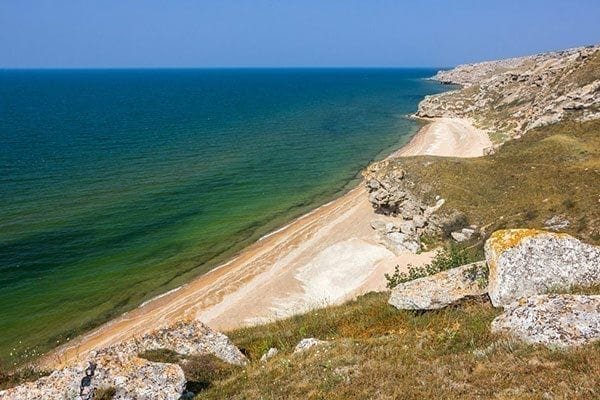 The government’s scientific advisors have provided proposals on where a final set of Marine Conservation Zones are needed around England. The move has been welcomed as ‘a positive step forward towards restoring our seas’ by marine conservation charities.

The sites are being proposed for protection by the Joint Nature Conservation Committee and Natural England. They would form the third and final round of Marine Conservation Zone designations around England.

In the previous two tranches, only 50 protected sites were created in English waters, falling far short of the amount of protection scientists say is needed to safeguard our seas. These new plans – with approximately 50 further sites – could help turn that around.

‘The 50 Marine Conservation Zones being recommended by the government’s scientific advisors are essential to ensure we are protecting examples of all habitats. They will allow a proportion of our seas to begin to recover from over a century of damage and contribute to the restoration of biodiversity in our seas. We call on government to include all these sites in their third tranche consultation next summer.’

The new places being recommended for a public consultation to be run by the government next year include South of the Isles of Scilly, which supports commercially important Monkfish; Norris to Ryde, which is rich in seagrass meadows; Mud Hole off the north-west coast – 35 metres deep and home to rare sea pens – and Compass Rose off the Yorkshire coast, which is an important spawning and nursery ground for herring and lemon sole.

This proposed site lies along the coast of the Isle of Wight. Under the surface is one of the largest seagrass meadows in the south-east region, totalling around 500 acres – or 200 football pitches.

These marine plants are really important. Their long roots help to stabilise the sea bottom and prevent erosion. The meadows also provide hiding places for fish and other creatures to live and have young. It’s essential that this area receives protection to safeguard the fantastic wildlife found here.

‘UK seas are home to a stunning array of wildlife, as well as playing a vital role in the planet’s life support system. If designated as Marine Conservation Zones, these 50 new sites will help to establish a proper network of protected areas in our seas. This is a huge step towards ensuring that future generations will be able to rely on healthy and productive seas, rich in wildlife.’

Mud Hole is a deep site, 21km off the coast off Cumbria, which could become a protected area following consultation next year.

This muddy site is perfect habitat for the burrowing creatures such as Dublin Bay prawns, angular crabs and shrimps which live here. Also found within this area are beautiful sea-pens, which look like feathers coming out of the sea floor. If designated this site could allow for recovery of this highly sensitive area.

Click here to find out more about our Marine Conservation Zones.