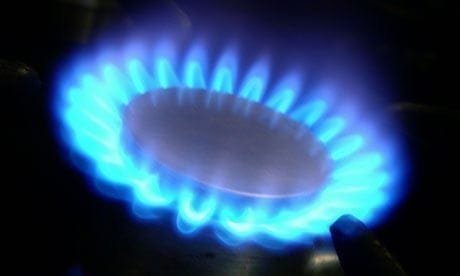 HEAT PUMPS: THE LONG-TERM SOLUTION TO THE UK'S HEATING NEEDS?

After developing gas fired heating systems at British Gas, Andrew Sheldon, founder of Ice Energy, became aware of the importance of energy and the effect it has on people’s lives. ‘As Britain’s gas resources decreased’, he tells PQ, ‘it became obvious to me that, at some point in the future, we would need an alternative solution.’

Sheldon came across heat pumps while investigating how other countries around the world were dealing with their heating demands in the context of rising energy bills, climate change and the necessity of carbon reduction.

Heat pump technology had a proven track record in terms of long-lasting benefits, and the low long-term costs meant that, for Sheldon, this was the technology to back. In tandem with additional renewable options such as solar PV, it presented a realistic opportunity to achieve zero carbon homes. ‘I was convinced that ground source heating was the long-term solution to the UK’s inevitable heating problem’, he says. ‘I founded Ice Energy in 2000 with a view to getting government support to change the way in which the UK heats its homes.’

Sweden is a leading example of a country that has embraced and implemented heat pumps as an alternative to gas and oil; over 90% of its homes are built with a heat pump heating system as standard. However, despite the fact that the steady state heat loss principles of heat pumps can reduce the total peak heat demand of the nation’s homes, getting mainstream support for a technology that isn’t widely understood or accepted in the UK hasn’t been easy. Architects needed to be brought on board, installers had to be trained, the public had to be made aware of the benefits and the government had to be lobbied for grants and funding schemes.

‘The biggest issues for the heat pump industry are rooted in knowledge and perception’, Sheldon explains. ‘Although the number of people installing heat pumps in their homes is on the rise, there is still a large knowledge gap. Many people are under the misapprehension that they don’t work with radiators and can’t provide enough hot water, or even that they don’t work at all! But nothing could be further from the truth.’

How do they work?

Ground source heat pumps use a series of pipes, known as a ground loop, to extract solar energy that has been stored beneath the ground. The pipes, which contain a mixture of water and glycol (a type of antifreeze), are buried roughly a metre beneath the ground, where the temperature is a fairly constant 10-13°C. The liquid in the pipes is warmed by the surrounding soil before passing through the heat pump, where it is heated to the point at which it can be distributed through radiators or underfloor heating. Air source heat pumps work the same way, but sit outside a building and extract heat from the air rather than the ground. In both cases, heat pumps provide a total heating and hot water solution for a property.

Switching a building’s thermal energy source from oil to heat pumps could slash 60% off your energy costs. ‘We have examples of customers saving £1,500 a year after switching from previous oil systems’, Sheldon explains. Figures from the Department for Energy & Climate Change (DECC) estimate that, by 2020, there will be 575,000 heat pumps installed within the UK. ‘Assuming a saving of four tonnes per annum in carbon,’ Sheldon says, ‘you are looking at annual savings of approximately 2.3 million tonnes.’

A ground source heat pump will cost around £10,000-15,000 to install, but this can be recovered under the Renewable Heat Incentive (RHI) – a government incentive which starts this spring. The scheme should allow you to recover the total installation costs within seven years.

‘Thanks to the Renewable Heat Incentive, people choosing to install now are probably in the best position yet to do so’, Sheldon tells PQ. ‘Owners of heat pumps will qualify to receive tax-free payments for the next seven years for the renewable heat their systems generate.’ In the vast majority of cases people will not only recoup the installation costs, they could also earn an additional amount on top. For these reasons, Sheldon believes the RHI is ‘probably the single-most important funding scheme to help the UK heat pump industry and the UK’s carbon reduction as a whole’, and he wholeheartedly welcomes its introduction and support across all political parties.

Even without the payments available via the RHI, the case for heat pumps is still incredibly strong. They’re sustainable, reliable, more cost-effective to run, have minimal maintenance requirements and, as they don’t use any combustible substances and are a far safer option than gas, for example. They don’t require the import of foreign energy supplies and could help reduce the UK’s balance of payments to create a stronger economy.

Installing heat pumps during the building process is more straightforward; an appropriate unit can be incorporated into the design and the trenches for the ground loop can be dug while there is already a degree of disruption around the build. However, ground source heat pumps can also be retrofitted to existing homes. ‘New builds are getting more efficient all the time, but there are clearly millions of older properties in dire need of an upgrade to ensure people can heat their homes efficiently and cost-effectively’, Sheldon explains. ‘The big gains in carbon savings are in upgrading existing housing stock.’

The Prime Minister’s official visit to Ice Energy’s offices, along with the drive to stimulate interest in renewables and reward adopters of renewable heating systems through the RHI, are, for Sheldon, clear indications that the government sees heat pumps as a viable alternative to traditional systems. ‘Over the years we have built up a strong collection of political supporters within the government,’ he says, ‘all of whom are firm believers in the technology.’

Going forward, Sheldon believes all efforts should be made to sustain an approach in which energy companies are controlled and directed towards carbon reductions. He thinks that the recently revised ECO spending targets should be reinstated and that our goal should be the long-term development of programmes that support renewable energy and carbon reductions.

However, he also adds that it’s vital to stop extending the domestic gas main — particularly in light of the fact that 49% of our gas was imported last year. ‘We all have an important role to play,’ Sheldon says, ‘but the government must take a more joined up approach to energy and ensure that renewable energy and low carbon systems are promoted sufficiently, in the same way that nuclear has in the past. This will help achieve a balance between the average person’s desire to pay less for their domestic energy and the challenge of moving towards a zero carbon future.’