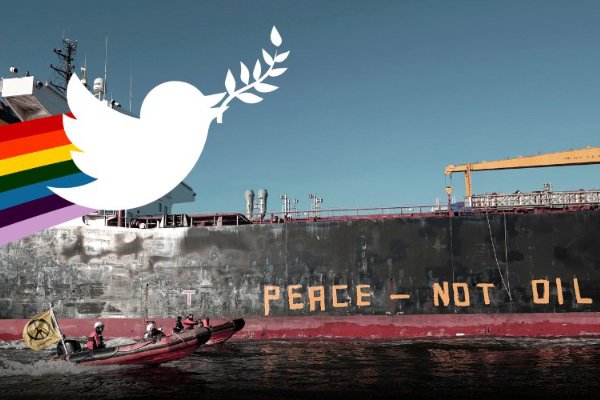 At least 148 supertankers carrying have left the country since Putin’s army invaded Ukraine two weeks ago, a Greenpeace analysis of shipping data has shown, and 69 of them were headed to Europe.

The environmental group has launched a beta version of its Russian Tanker Tracker on Twitter – @RUTankerTracker – which uses shipping data to monitor supertankers delivering fossil fuels from the country.

Several tankers have left Russian oil and gas ports for the UK since 24 February; some have been redirected, but others appear to still be en route to Britain.

The Seatribute, a crude oil tanker coming from Russia, was due to arrive in Fawley, near Southampton, yesterday afternoon, despite a government crackdown on imports of Russian oil and gas.

Another two tankers coming from Russian fossil fuel terminals, the CB Caribic and the Baltic Mariner, are due to arrive in the UK over the next few days and weeks.

Pressure has been mounting on countries to reduce their reliance on Russian fossil fuels as a way to sanction Putin for attacking Ukraine.

The UK has declared a ban on the arrival of Russian vessels, but ports have criticised the UK government for failing to provide a blacklist of banned Russian ships.

And a loophole has meant that Russian cargo is still arriving via ships registered to other countries.

‘Our dependence on oil and gas is still fuelling Putin’s war. If ministers are serious about putting a stop to that, then we need to see firmer action on blocking fossil fuel imports from Russia. We hope our Twitter tracker will be a useful tool to anyone who wants to monitor where Putin’s oil and gas are turning up.

‘What we really need right now is an Emergency Energy Package from the UK government to end our dependence on gas. Instead of drilling new oil and gas fields in the North Sea, which will take years and make no difference to our energy bills, Boris Johnson and Rishi Sunak should be turbocharging speedy, tried and tested solutions like UK renewables, heat pumps and home insulation. That will cut bills, help the climate and weaken Putin’s grip on Europe.’

The Greenpeace tracker makes it possible to see when supertanker shipments of fossil fuels are leaving Russia, and when they’re set to arrive in ports in the UK and around the world.

The arrival of Russian gas has already encountered strong opposition in the UK.

Last week, a tanker was diverted away from Kent after dockers in the Unison trade union refused to unload it.

In recent days Shell has had to apologise over its decision to purchase a cargo of Russian crude at a discounted price, and the company has now pledged to stop buying oil from the country.

Getting off Russian gas and oil

The UK currently relies on Russia for 5% of its gas imports and 8% of oil imports, and earlier this week Business Secretary Kwasi Kwarteng pledged to phase out the import of Russian oil by the end of the year.

With the prime minister reported to be about to unveil a new energy security strategy, Greenpeace UK is calling for an Emergency Energy Package to get UK homes off gas by turbocharging insulation, heat pump installations and renewable energy.