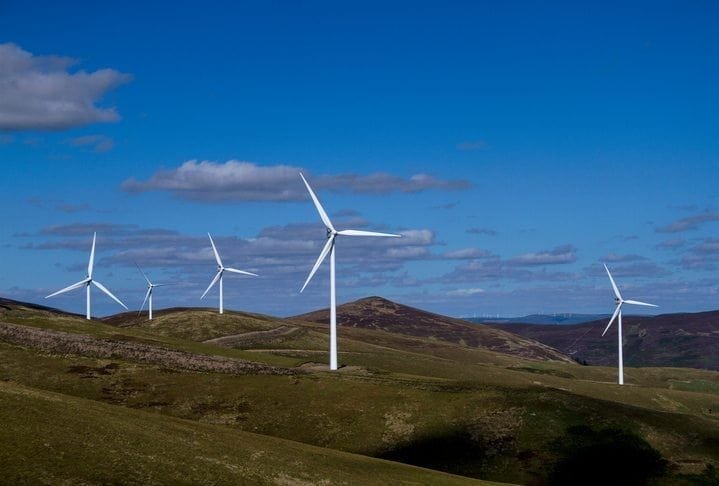 Onshore wind turbines provided 5,353,997 MWh to the National Grid during the first three months of 2018, an increase of 44% on the same period last year, environmental groups said on Monday (09 April).

In January alone, renewable wind powered the equivalent of over five million homes; that’s well over twice the number of households in Scotland.

Analysis by WWF of wind power data provided by WeatherEnergy also found that the best day was 01 March, when generation was 110,149MWh. That’s enough to power 9,065,020 homes – equivalent to 374% of Scottish households.

These incredible statistics for the first quarter of 2018 come hot on the heels of data showing that 68% of Scotland’s overall electricity demand came from renewables in 2017, and that renewables overtook nuclear as the second biggest source of power UK-wide in quarter 4 of 2017.

‘Renewables have provided an incredible amount of power during the first three months of this year. An increase of 44% on the record-breaking equivalent period in 2017 is clear evidence the investment made in this technology has paid off for the economy and the environment, putting Scotland at the forefront of the fight against climate change.

‘However, if Scotland’s full renewables potential is to be unleashed to power our economy, heat our homes and charge our cars, then the UK government needs to stop excluding the cheapest forms of power, like onshore wind and solar, from the market.’

Click here to find out how climate change is damaging Scotland.