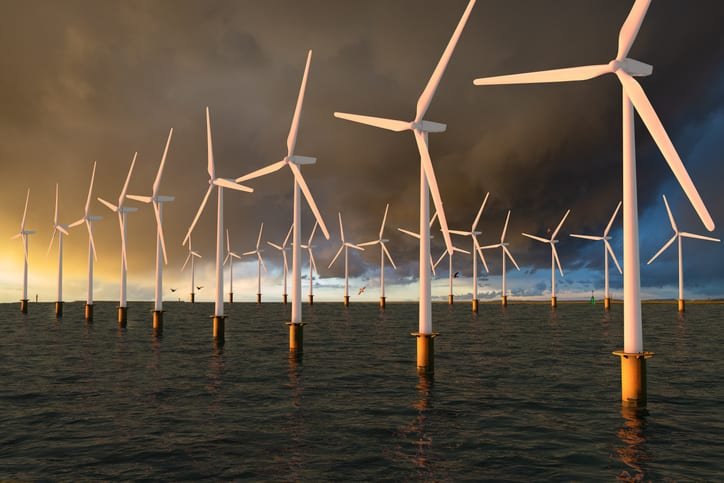 The journey towards climate disaster will continue unless we make an immediate switch to efficient and renewable energy in all sectors in the wake of the Covid-19 pandemic.

This is one of the main conclusions of REN21’s Renewables 2020 Global Status Report (GSR), released today (15 June).

The report states that growth in renewable power has been impressive over the last five years – but too little is happening in heating, cooling and transport and overall, global hunger for energy keeps increasing and eats up progress.

‘Year after year, we report success after success in the renewable power sector. Indeed, renewable power has made fantastic progress. It beats all other fuels in growth and competitiveness. Many national and global organisations already cry victory. But our report sends a clear warning: the progress in the power sector is only a small part of the picture. And it is eaten up as the world’s energy hunger continues to increase. If we do not change the entire energy system, we are deluding ourselves.’

The report shows that in the heating, cooling and transport sectors, the barriers are still nearly the same as 10 years ago.

‘We must also stop heating our homes and driving our cars with fossil fuels’, says Rana Adib, REN21’s executive director.

In the wake of the extraordinary economic decline due to Covid-19, the IEA predicts energy-related CO2 emissions will fall by up to 8% in 2020. But 2019 emissions were the highest ever, and the relief is only temporary.

Meeting the Paris targets would require an annual decrease of at least 7.6% to be maintained over the next 10 years.

‘Even if the lockdowns were to continue for a decade, the change would not be sufficient. At the current pace, with the current system and current market rules, it would take the world forever to come anywhere near a no-carbon system.’

Recovery packages offer a once-in-a-lifetime chance to make the shift to a low-carbon economy.

But according to Rana Adib, there is a great risk for this enormous chance to be lost.

‘Many of these packages include ideas that will instead lock us further into a dirty fossil fuel system’, Rana says. ‘Some directly promote natural gas, coal or oil. Others, though claiming a green focus, build the roof and forget the foundation. Take electric cars and hydrogen, for example. These technologies are only green if powered by renewables.’

The report points out that ‘green’ recovery measures, such as investment in renewables and building efficiency, are more cost effective than traditional stimulus measures and yield more returns.

This contrasts with the true cost of fossil fuels – estimated to be $5.2 trillion if costs of negative impacts such as air pollution, effects of climate change and traffic congestion are counted.

‘But it’s not only about money. We must end any kind of support to the fossil economy, particularly when it comes to heating, cooling and transport. Governments need to radically change the market conditions and rules and demonstrate the same leadership as during the Covid-19 pandemic.’

Despite significant progress in renewable power generation, the share of renewables in total final energy demand barely increased (9.6% in 2013 to 11% in 2018).

Compared with the power sector, the heating, cooling and transport sectors lag far behind (renewable energy share in power, 26%; heating and cooling, 10%; transport, 3%).

Today’s progress is largely the result of policies and regulations initiated years ago and focus on the power sector.

Major barriers seen in heating, cooling and transport are still almost the same a decade on. Policies are needed to create the right market conditions.

The renewable energy sector employed around 11 million people worldwide in 2018.

In 2019, the private sector signed power purchase agreements (PPAs) for a record growth of over 43% from 2018 to 2019 in new renewable power capacity.

The global climate strikes have reached unprecedented levels with millions of people across 150 countries. They have pushed governments to step up climate ambitions.

As of April 2020, 1,490 jurisdictions – spanning 29 countries and covering 822 million citizens – had issued ‘climate emergency’ declarations, many of which include plans and targets for more renewable-based energy systems.

While some countries are phasing out coal, others continued to invest in new coal-fired power plants.

In addition, funding from private banks for fossil fuel projects has increased each year since the signing of the Paris Agreement, totaling $2.7 trillion over the last three years.

‘It is clear, renewable power has become mainstream and that is great to see. But the progress in this one sector should not lead us to believe that renewables are a guaranteed success. Governments need to take action beyond economic recovery packages. They also need to create the rules and the environment to switch to an efficient and renewables-based energy system. Globally. Now.’

Renewables in the UK

In 2020, the UK announced its renewable hydrogen strategy and also offered £139 million ($189 million) to support industry efforts to cut greenhouse gas emissions, including switching from fossil-based gas to renewable hydrogen for fuel-heavy industry.

The UK also announced an end to all public financing for international fossil fuel projects.

For the first time since 2015, the UK decided to allow projects for solar PV, onshore wind power, hydropower, landfill gas, sewage gas and energy from waste to participate in auctions.

In 2020, the United Kingdom announced a new wind power capacity goal that boosts the previous target for 30GW of offshore wind by 2030 to 40GW (up from the 10GW currently installed). The UK also maintained its lead for total wind offshore capacity (10.4GW), followed by China (10GW).

Wind generation increased 18% relative to 2019 due to a rise in capacity and even more so to favourable wind conditions. As a result, wind represented 24.2% of the UK’s total generation.

In the UK, bio-power capacity grew 135MW to 8.0GW and we broke solar generation records early in the year.

Renewable energy made up around 11% of the UK’s total final energy consumption (TFEC). This puts the UK ahead of several G20 countries, such as the US, but trailing the world’s largest economies in the European Union and in the Americas.

The United Kingdom trailed behind its 2020 target of a 15% share of renewables.

It was one of only five of the world’s largest member economies in the G20 – the others were the EU-27, France, Germany and Italy – to have set 2020
targets to achieve a certain share of renewables in final energy use.

Targets are needed, as they are binding objectives that can be used to hold countries accountable.

But setting net zero targets alone does not necessarily lead to greater attention to renewables or to success in meeting renewable energy targets.

Alongside any kind of target, robust policies and regulations are needed to ensure these targets are met.