The future of banking lies in people and profit 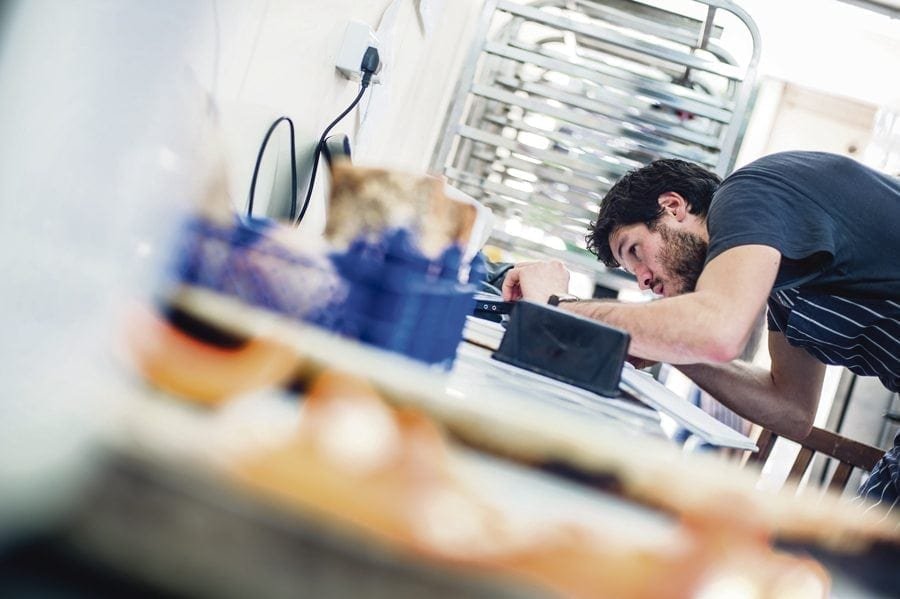 Remember Michael Banks in Mary Poppins? He didn’t want his cash to be invested in railways through Africa and dams across the Nile – he wanted to feed the birds. ‘Give it back!’, he demanded, ‘Gimme back my money!’ – and Disney showed us that one child’s actions had the power to trigger a bank run.

We can all vote with our feet, but today’s banking system doesn’t offer many options. It’s driven by the constant need to improve shareholder value, so practices across different banks are inevitably similar. Some – if not all – were exposed during the recent financial crisis, which raised some serious questions about how our money’s handled and invested.

‘It is not our style to criticise other banks’, says Peter Kelly of Unity Trust Bank. ‘What we do is focus on our values.’

Hang on – a bank with values?

A gap in the market 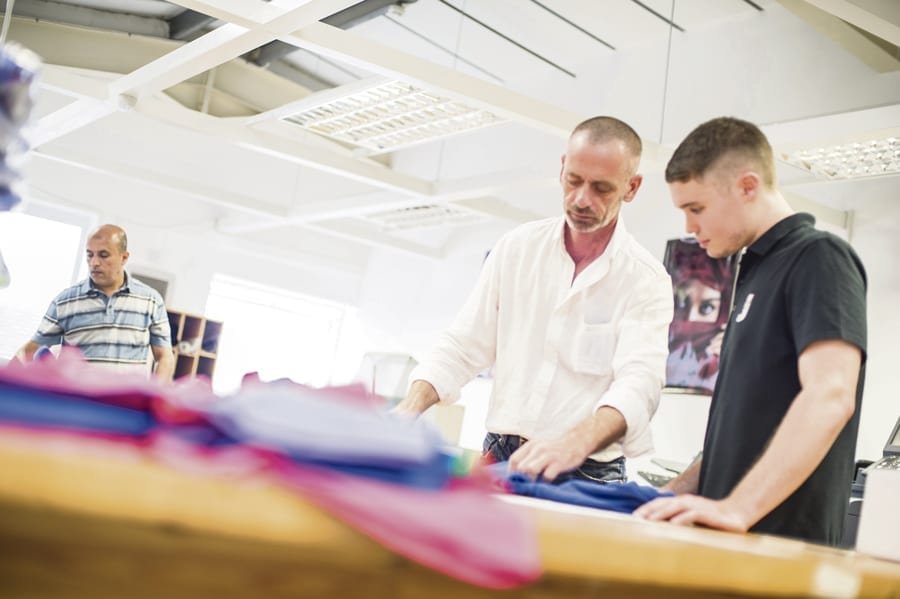 Unity Trust Bank was set up in the 1980s to address the disconnect between the banking system and wider society. The UK was recovering from a banking crisis caused by injudicious lending: the gap between rich and poor was widening, the public sector was under threat from government cut backs and banks weren’t lending to small businesses.

‘We were the brainchild of the trade unions’, Peter told PQ. ‘From the outset our aim was to bridge a gap in the market that the mainstream banks were unable – or unwilling – to fill.’

Financial services have the power to transform lives and communities, but lending that’s based purely on financial return will inevitably lead to financial exclusion. The UK’s current high street lending model can’t provide large numbers of higher risk loans to consumers and small businesses, so it’s down to the likes of credit unions and community development finance institutions (CDFIs) to fill the gap.

This is where Unity Trust Bank comes in: it provides finance to CDFIs, social enterprises, charities, CICs and other umbrella organisations, helping to get funds to an under-served market.

‘Imagine a world where banks were all run by their CSR departments’, Peter ventures. ‘Effectively, that’s what Unity Trust Bank is – a bank that always takes account of the positive social impacts and is concerned with financial sustainability rather than the simple maximisation of profit.’ 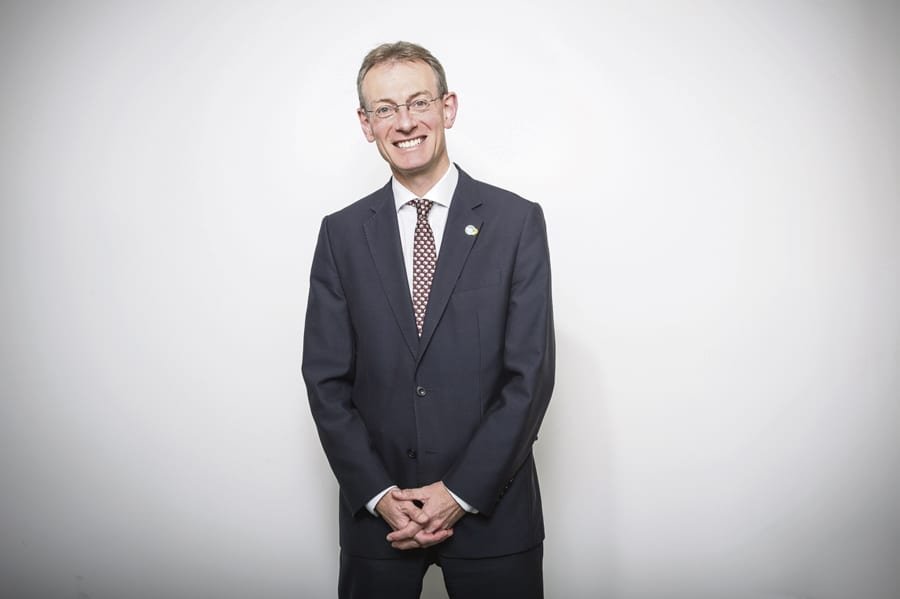 All banks need to make a profit, but Unity Trust Bank has a ‘double bottom line strategy’ that places equal emphasis on creating a positive social impact and financial sustainability through banking and lending services that achieve sustainable returns.

Before making an investment, Unity asks a series of key questions; ‘How many jobs will be created and retained? Is a living wage paid? Is the activity based in a deprived area? All lending must demonstrate a positive social impact’, Peter explains. ‘It is part of our lending assessment: if it doesn’t, we don’t make the loan!’

Unity Trust Bank’s profits are reinvested in the business or shared with its civil society shareholders; profits above and beyond what’s required for a reasonable return on shareholder capital, plus prudent reserves, are reinvested in the community. ‘We don’t pay banker-style bonuses’, Peter explains. ‘Instead, we have a modest profit share scheme where all 90 members of staff – from the CEO to the most junior employees – receive the same percentage.

Last year it was 3.45%.’ As part of Unity in the Community, 72% of Unity Trust Bank’s staff also completed at least one volunteering day in 2014, resulting in a total of 175 volunteering days with an equivalent value, in staff time, of £24,000. It’s a big task, but the overarching goal is to change the face of banking for the better.

Through the government’s Regional Growth Fund, Unity receives 50% first loss cover for all loans made to the CDFI sector – last year alone this helped the sector to create 3,176 jobs. In total, Unity lends around £20m to CDFIs and provides banking for 40% of UK credit unions.

With Unity’s help, over the last three years the Aston Reinvestment Trust has been able to provide almost £5m of finance to SMEs in Birmingham that may otherwise not have received funding.

The Bank has invested in over 135 socially focused businesses across four areas: Community Cohesion, Community Finance, Community Living and Community Investment. The social impact of lending during 2014 saw £30m loaned to 57 social economy organisations, and Unity has also supported a range of other housing and social needs – helping to create 176 new bed spaces for people with specialist housing needs.

‘With consumer confidence and trust still rocked by the financial crisis, it is clear that step change is necessary to build a banking industry that operates in partnership with its customers and communities’, Peter told PQ. ‘However, market power is still very much concentrated in a small number of organisations with the same PLC ownership model; while they are starting to evidence change, a rapid turnaround is unlikely in these giant organisations.’

For Peter, the government should be encouraging diversity in financial services and promoting civic finance bodies, such as credit unions and community development finance institutions. These bodies already play a part, but their role could be expanded to better meet society’s needs.

‘The recent Banking Reform Act was inwardly focused; it primarily addressed prudential issues and the capabilities of individual financial institutions to withstand shocks’, Peter explains. ‘Whilst we agree these are important issues, we also think that reform should be more outward looking and take into account the wider needs of society.’

This would require a more holistic ‘civic approach’ to financial reform and regulation that looks beyond the prudential issues and also takes into account the overall ability to serve customer needs, help communities and support small businesses.

‘Our customer research tells us that our customers want a bank that is a partner and enabler – not one that feels like an adversary to be overcome!’, Peter says. ‘Our experience suggests a commitment to transparency in banking practices is good for business, allowing our customers and stakeholders to see how we sit with their own objectives. One of the key reasons to become a pioneer of the Fair Tax Mark accreditation was to overtly demonstrate our willingness to be transparent. In return, customers feel they can be honest and open with us, so we are able to work with them to help them achieve their goals.’

For now, Unity Trust Bank’s services aren’t available to you and me; the consumer bank market is highly competitive and it’d be a very expensive space to move into. ‘We wouldn’t rule it out completely’, Peter says, ‘but we are very clear that our strategy for now is about building on what we already do well, which is providing excellent banking services to organisations that promote community, social and environmental benefit.’

Individuals benefit from the activities and investments of the organisations Unity supports, even if they don’t have a personal account with the Bank. According to the Social Impact report, Unity Trust Bank created and protected 3,423 jobs in 2014. The Bank also redirects enquiries and customers to the CDFI sector, which lends to individuals and organisations who have been turned down by high street banks.

There should always be customer choice, and the financial crisis underlined the importance of diversity in financial services; a variety of banking models would help to create greater stability in the sector. ‘It’s not about all banks being like us’, Peter says, ‘it’s about giving customers distinct options so that they can make a choice based on their own values.’

Honesty and transparency are key to Unity Trust Bank’s history, values, and current mission; these principles are more important than ever, and the well-publicised troubles at other banks have resulted in a significant growth in new Unity Trust Bank account openings. ‘One of our greatest achievements’, Peter told us, ‘has been to show how a bank can – and indeed should – align itself to the social and business objectives of its customers.’