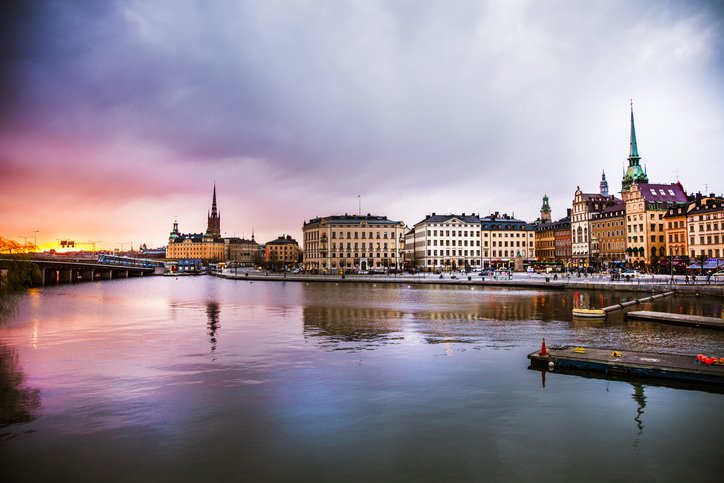 Spare a thought for the eager souls turning up in Stockholm for the Stockholm+50 Conference on 02 June – intent on marking the extraordinary significance of the first global environmental conference in that city 50 years ago.

I was just getting stuck into environmental issues at that time, fired up by the likes of Rachel Carson, Fritz Schumacher and A Blueprint for Survival, The Ecologist magazine’s firecracker of a warning to politicians that we were already – even then, 50 years ago – on the path to an environmental apocalypse.

The 26 eloquent Principles that underpinned that original Declaration were focused on exactly what we needed to do to avoid that apocalypse.

That is precisely why I’m urging you to spare a thought for all those turning up in Stockholm on 02 June. They will know, either front of mind or buried deep in their hearts, that they’re bearing witness to 50 years of denial, deception and the truly shocking betrayal of all young people in the world today, and particularly of all those who made Fridays For Future so inspirational.

Calling out the lies

Sorry to spell that out in such stark terms. It’s somehow become unacceptable in ‘polite society’ to call out all the lies, the corruption, the ignorance, the indifference and the self-serving greed that have substituted for political leadership in that time.

My heart went out to António Guterres, UN secretary-general, at the launch of the final section of the United Nations Sixth Assessment Report on Climate Change; he found that he could no longer avoid the truth, and accused all world leaders of being liars.

It’s worth reminding ourselves that 40 of those 50 years have been dominated by a particular variation of capitalism that remorselessly prioritises markets over communities, profits over people and economic growth over literally everything else that matters.

The original Stockholm Declaration was clear on one thing above all else: governments would have to intervene through laws, regulations and setting minimum standards, at every turn of the way. Exactly the opposite has happened.

That is why the Declaration emerging from Stockholm+50 will, I suspect, be a complete waste of time – unless the required changes are mandated in laws that can be enforced. Within this particular model of capitalism, voluntary declarations are barely worth the paper they’re written on.

As I revisited the 26 Principles from 1972, I felt the despair lapping at the edges of my brain at so many fine words leading to so little change.

The most important outcome from Stockholm 1972 was the establishment of the United Nations Environment Programme. Despite being ludicrously underfunded throughout its existence, UNEP has made a lot of good things happen.

The Montreal Protocol back in 1987 mandated the phase-out of all those chemicals responsible for the destruction of the ozone layer – seen at that time as a threat to the future of humankind as grave as accelerating climate change.

35 years on, the ozone layer is still ‘self-repairing’. Big holes still open up on a regular basis – but all being well, that threat will be officially off our risk register, once and for all, in another 30 years or so.

Time to rise up

So we do know how to do these things. We know the power of binding, legally enforceable mandates that apply to all countries, even when some of them continue to play fast and loose with those laws.

The Stockholm+50 Declaration has no institutional equivalent of the establishment of UNEP. No practical recommendations as to how to curtail the power of inadequately regulated markets, as they continue to preference the interests of a tiny minority of citizens (think 2,776 billionaires in the world today) over the interests of 8 billion people.

The only thing that will rescue humankind from its own self-inflicted insanity are binding laws. And the only way to get binding laws is for citizens to rise up, in every way possible, to compel their politicians to do what the vast majority of them are still completely disinclined to do – even on the very edge of the abyss.

As young people have taught us, this is where hope lies. Let’s hope Stockholm+50 spells it out in terms so clear that no politician can ignore the call.