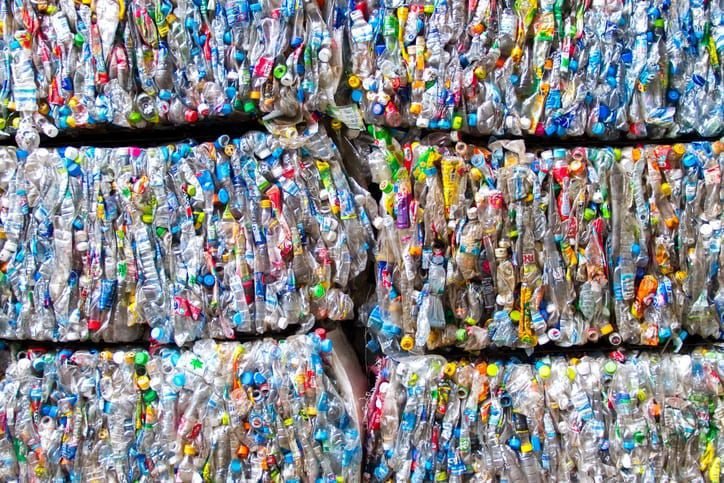 A new investigative report has exposed Big Plastic as a well-organised network of organisations that fight against proven solutions to the plastic pollution crisis through similar tactics across the world.

The Changing Markets Foundation’s Talking Trash report reveals how, behind a veil of nice-sounding initiatives and commitments to address the plastics crisis, the plastics industry, consumer brands and retailers have obstructed and undermined proven legislative solutions to the crisis for decades.

Based on research and investigations in over 15 countries across five continents, Talking Trash: The Corporate Playbook of False Solutions exposes how tactics to undermine legislation in individual countries are in fact part of a global approach by Big Plastic to ensure that the corporations most responsible for the plastic crisis evade true accountability for their pollution.

Together, these 10 organisations have a plastic footprint of almost 10 million tonnes per year – the equivalent of 30 times the weight of the Empire State Building.

‘This eye-opening report removes the veil companies have long used to hide the truth and protect their own interests. The plastics industry has spent decades blaming consumers for the plastic pollution problem and pointing to false solutions to distract us from one irrefutable fact: The only way to mitigate this crisis is for companies to stop producing so much unnecessary plastic.

‘We know that 17.6 billion pounds of plastic enter the ocean every year, choking, entangling or otherwise impacting marine animals around the globe. This report brings into focus the strategic ways companies have avoided taking responsibility for the plastic waste they create and the lengths they’ll go to prevent policies to reduce single-use plastic that our blue planet so desperately needs. We have no more time to waste. We need all levels of government to pass comprehensive policies that tackle plastic pollution at the source, before it’s too late.’

The report looks at the most prominent group initiatives – such as the Alliance to End Plastic Waste and the New Plastics Economy Global Commitment by the Ellen MacArthur Foundation – that these companies have signed up to.

It reveals how companies use these commitments to appear to be part of the solution, while at the same time using trade associations, producer responsibility organisations and even fake environmental groups to aggressively oppose and lobby to delay progressive legislation to tackle the plastics crisis.

The problem with voluntary commitments and group initiatives is also a lack of ambition and  a focus on end-of-pipe solutions, such as clean-ups, products’ recyclability or biodegradability.

Companies also tend to rely on problematic solutions, such as bio-based plastics or chemical recycling, which fail to address the root cause of the problem and may scale up other environmental problems in their wake.

Real solutions, such as mandatory collection of packaging, policies to increase reuse and phase out certain problematic plastic types or products, rarely feature in the voluntary approach and are fiercely fought against, if proposed by policymakers.

‘This report exposes the two-faced hypocrisy of plastic polluters, which claim to be committed to solutions, but at the same time use a host of dirty tricks to ensure that they can continue pumping out cheap, disposable plastic, polluting the planet at a devastating rate.

‘Plastic is now pouring into the natural world at a rate of one garbage truck a minute, creating a crisis for wildlife, the climate and public health. The responsibility for this disaster lies with Big Plastic – including major household brands – which have lobbied against progressive legislation for decades, greenwashed their environmental credentials and blamed the public for littering, rather than assuming responsibility for their own actions.’

The Coca-Cola Company is the biggest plastic polluter in the world, with a plastic footprint of 2.9 million tonnes per year.

Among the initiatives analysed, the Talking Trash report found that the company is committed to 10 voluntary initiatives to solve plastic waste.

At the same time, it is also a member of at least seven trade associations that lobbied against deposit return systems or other legislation to regulate single-use plastic.

On the surface, Coca-Cola has committed to a ‘World Without Waste’ – yet the report shows that over the last 30 years it has continuously broken, delayed or shifted the goalposts on most of its impressive-sounding targets.

At the same time, the company has fiercely opposed progressive legislation that would help them to achieve these commitments, from deposit return systems to redesign obligations.

Following the leak of internal documents in 2017, Coca-Cola finally made a U-turn in its opposition to deposit return systems in Scotland.

Nevertheless, this report finds that it is still lobbying against similar legislation in Kenya, the Chinese province of Hainan and the US state of Georgia.

The report finds that other leading brands, including Nestlé, PepsiCo and P&G, have also failed to meet their voluntary commitments or shifted the goalposts.

However, even if these commitments were to be realised, they would still not be ambitious enough to make a dent in the plastic crisis.

The report reveals that Big Plastic is a well-organised and interconnected global network of organisations that lobby at every level to fight against proven solutions to solve the plastics crisis, which would require them to fully step up their responsibility and take on the true costs of plastic pollution.

Instead, they use distraction tactics which are designed to make people think real change is happening or that responsibility for the problem lies elsewhere.

Another major tactic has been a focus on recycling and the funding of education campaigns for consumers. All while the industry keeps producing plastic that is very difficult – if not impossible – to recycle, and opposes other legislative solutions such as deposit return systems that would drive mandatory collection of packaging.

‘The voluntary initiatives and commitments by the industry have failed. Policymakers should look past the industry smokescreen and adopt proven, progressive legislation globally to create the systemic change that this crisis so urgently needs.’

Since the start of the Covid-19 pandemic, plastic producers have co-opted the public health crisis and capitalised on people’s fear to call for regulatory rollbacks on environmental legislation and argue the case for single-use plastic.

In many cases they have succeeded. For example, many US states have suspended plastic bag bans and many companies have opted for single-use plastic bags and cutlery, banning or restricting reusables.

‘This report is a damning exposé of the tactics employed by the plastics industry and shines a welcome light on the shadowy world of corporate lobbying.

‘For too long the true cost of plastic production has been externalised, meaning plastic producers continue to get away with ecocide while waste management companies, consumers and marginalised communities around the world are left to deal with millions of tonnes of toxic plastic waste.

‘This report gives us further evidence that the real battle lies not just in changing the public’s attitude towards single-use plastic, but in highlighting the truth behind vested corporate interests and how the industry actively undermines attempts to tackle the ecological crisis we face.’

A tidal wave of plastic

The plastic pollution crisis is a deeply interconnected climate crisis, a biodiversity crisis and a public health crisis all combined.

Plastic is pouring out into the natural world at a rate of 8 million tonnes a year, or one rubbish truck per minute, and production has skyrocketed, with half of all plastics ever made having been produced since 2005.

Production is expected to double again in the next 10 –15 years.

Plastic saturates almost every surface of the planet – from the deepest abysses to the highest mountains and remotest islands – causing an unprecedented crisis for wildlife.

Images of animals choked by plastic and mountains of plastic waste are published daily. Just as insidious are the plastic particles we cannot see that are entering our food chain and our bodies with yet-unknown health consequences.

Virgin-plastic production is a major contributor to climate change, generating enough emissions – from the moment they leave the ground as fossil fuels and throughout their entire lifecycle – to use up 10–15% of our entire carbon budget by 2050 at current rates of growth.

Disposal of plastics through incineration and backyard burning also contributes to climate change and creates a toxic fallout undermining human and planetary health.