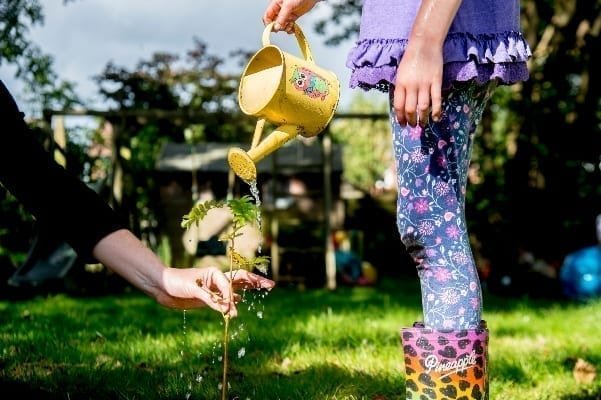 In light of ‘repeated government failings’, the UK’s biggest mass tree planting campaign will use people power instead

The Woodland Trust is launching the UK’s largest mass tree planting campaign, and urging the public to pick up their spades and take action on climate change.

The aim of the Big Climate Fightback is to get more than a million people to pledge to plant a tree in the run-up to a mass day of planting across the UK on 30 November.

The Intergovernmental Panel on Climate Change (IPCC) said that if the world wanted to limit the rise to 1.5C by 2050, an extra 1bn hectares (2.4bn acres) of trees would be needed.

The UK Government pledged to act on the Committee on Climate Change recommendations and legislate for net zero emissions by 2050. The CCC report called for an increase in UK woodland cover to 17% by 2050. This would require a planting rate of 30,000 hectares a year until 2050. To do this, 50 million trees would need to go into the ground each year.

The charity’s latest campaign, The Big Climate Fight Back, was sparked after the government once again failed to meet its annual tree planting commitments.

In England just 1,420 hectares of woodland was created against the government’s aspirational target of 5,000 per year.

‘Global warming isn’t something that might happen sometime in the future: it’s happening already. And we need to do something about it.

‘Because technology created the problem, it’s often argued humanity can look to technology to deal with the threat of climate change. Surely, we can design a clever bit of kit or build some sort of machine to remove CO2 from the atmosphere and store carbon out of harm’s way? Maybe, but of course that device already exists. It’s called a tree. Though to make a difference we need an awful lot of them– 1.5 billion trees, according to the Government’s Climate Change Committee, if we want to help the UK reach ‘net zero’ by 2050.

‘So, let’s make this year the year we make a real difference. I’ll be doing my bit and I hope you’ll all be planting too.’

Darren Moorcroft, chief executive at the Woodland Trust said the campaign was in response to calls from the public to be given a practical way to tackle the UK’s tree planting crisis.

‘Most people are aware of the race against time in terms of climate change and planting trees being part of the solution – they absorb harmful CO2 and produce vital oxygen. But we are not planting anywhere near enough.

‘The Big Climate Fightback is about inspiring people of all ages and backgrounds and providing the chance to take direct action – they have to simply go to our website and pledge to plant a tree, whether it’s in their back yard, neighbourhood, school or at a nearby planting event. It’s an easy way for people to do their individual bit for climate change as part of a mass movement.’

However, the charity is mindful of not confusing the message that trees are a ‘solve all’ for the climate crisis.

‘Established in 1972 we’re long-standing advocates of the need for trees and this message is resonating with the public now more than ever before’, Darren continues. ‘But we’re mindful too that the message of trees as a solution should not be confused as the sole answer to our climate crisis. As individuals we all need to do more, much more, to reduce our impact on the planet by cutting emissions and reducing pressure on resources.’

A tree for every person

The Woodland Trust will be hosting planting days across the UK on November 30 – the focal event will be the Young People’s Forest in Mead, near Heanor in Derbyshire.

The charity is bidding to plant a tree for every person in the UK by 2025. All the trees provided by the Woodland Trust will be UK sourced native broadleaf varieties such as oak, birch and hawthorn.

HOW TO GET INVOLVED IN THE BIG CLIMATE FIGHTBACK

Click here to read our article about how to plant trees.