71% of women try to live more ethically, compared with 59% of men 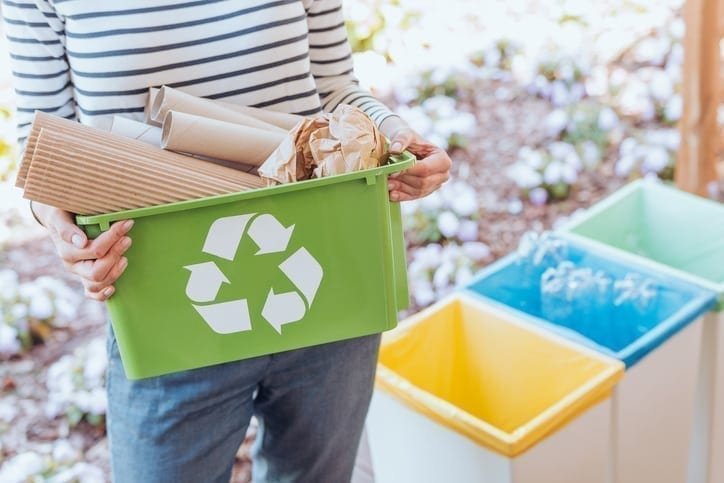 While consumers are increasingly interested in topics like ethics and sustainability, it seems that Britain’s men are lagging behind women when it comes to maintaining good environmental habits.

According to research by Mintel, carried out among 2,000 internet users aged 16+ in April 2018, 65% of Brits say they are trying to live more ethically than they were a year ago. But while a conscientious 71% of women are increasing their commitment to ethical living, just 59% of men say they’ve been living more ethically over the past year.

Mintel research also shows that men are markedly less conscientious than their female counterparts when it comes to maintaining environmentally friendly habits.

While overall recycling is the nation’s number one ethical habit (72% of Brits indicate that they recycle all the time), men (67%) are considerably less likely than women (77%) to be committed to regular recycling.

And while the battle of the thermostat continues in Britain’s households, Mintel reveals that women (64%) are more likely than men (58%) to regularly turn down/off the heating when they are not at home.

Other areas of significant male/female ethical contrasts include water conservation, with 30% of men always try to use less water versus 38% of women, and food waste – 27% of men frequently compost food waste compared with 33% of women.

Jack added that this could simply be a reflection of the fact that, according to Mintel research, ‘many women still tend to take charge of the running of the household, with chores such as cleaning, laundry and even recycling falling under that banner.’

Still, Jack said, there’s ‘clearly a wider disconnect between men and environmental issues, which, more troublingly, could be due to men feeling that caring for the environment somehow undermines their masculinity.’

‘This is certainly a sentiment that risks being reinforced by advertisers, with eco-friendly campaigns and product claims largely aimed at female audiences’, he said. ‘At a time when so many advertisers are exploring what it means to be a man, there are opportunities for brands to create campaigns that will reposition environmentally friendly behaviours as part of modern masculinity.’

Less than a year on from the BBC Blue Planet II production, Mintel reveals that plastic pollution is the nation’s most important environmental issue (47%), followed by animal welfare and climate change (both at 37%).

The importance of plastic pollution is also highlighted by strong customer demand for plastic-free stores (51%) and packaging-free stores (43%).

The nation’s love of animals is confirmed by the quarter (26%) of Brits who say they are more influenced to buy products that are animal friendly.

‘Mintel highlighted ocean pollution as a key trend to influence British consumers last October, with the issue really chiming with the public following the Blue Planet II episode on ocean plastic. And given the subsequent stream of media coverage about rising levels of plastic waste and contamination, it is little surprise that plastic pollution is the leading environmental concern. This high level of consumer concern has been met by a surge in the number of initiatives designed to cut the amount of plastic entering the environment, while a number of brands are finding new ways to upcycle existing plastic waste.’

While recycling has been revealed as the nation’s top eco habit, 44% of Brits admit it’s hard to know what can and can’t be recycled.

The sentiment rises among Britain’s young consumers; half (52%) of 16 to 24s acknowledge this predicament, compared with just 36% of over-65s

A quarter (25%) of Brits say they don’t have space at home to recycle effectively.

Younger adults are also typically less consistent when it comes to recycling; just 54% of 16 to 24s recycle all the time, compared with an average of 72% of all Brits and 89% of over-65s.

‘Despite the high proportion of young adults who say that they are trying to live more ethically today than a year ago, young people’s food waste levels and recycling habits undoubtedly leave much to be desired’, Jack says. ‘This can be partly tied to the young still finding their feet as independent adults. However, more fundamentally, it could also reflect that they’ve grown up in a ‘disposable culture’, where, until recently, little has been thought of food waste, while extensive plastic packaging has been the norm. Therefore, it is perhaps unsurprising that this cohort are struggling to adopt better habits.’

Click here for more about the environmental podcast series about the women who are fighting climate change – and winning.