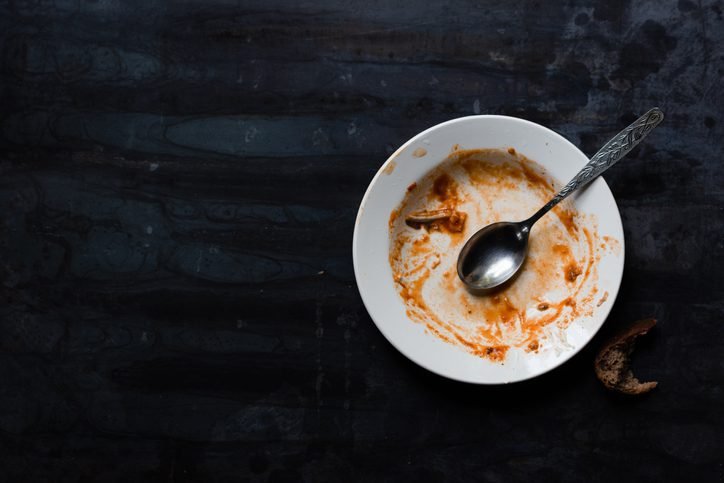 The most comprehensive analysis of greenhouse gas (GHG) emissions linked to UK food and drink production and consumption ever undertaken shows the urgent need to slash the carbon footprint of food if we are to achieve the UK’s net zero ambitions.

It also shows the need to consider the full, global, footprint of the food and drink we consume, if we are to avoid reducing our own emissions at the expense of increasing emissions in other countries.

The report, UK Food System GHG Emissions, estimates that the UK food system was responsible for nearly 160 MtCO2e emissions in the UK and overseas in 2019 – equivalent to around 35% of UK territorial emissions.

This landmark mapping was made possible by the development of a new Food System GHG model to pinpoint carbon hotspots across the food system and investigate the reductions possible through different types of action.

The ground-breaking work shows that a 50% reduction in food-related emissions by 2030 (in line with a 1.5ºC trajectory) is possible, but only if we take urgent action.

The findings come at a key time as world leaders gather next month for the crucial COP26 meeting in Glasgow, to accelerate action towards the goals of the Paris Agreement and the UN Framework Convention on Climate Change.

The report’s author, UK charity WRAP, is now urging politicians from around the world to consider the contribution food and drink makes to climate change and put food system emissions on the table at talks in Glasgow.

‘Much attention will rightly be paid to energy generation and transport at COP26, but we ignore the food system at our peril. There is little talk about the contribution that strategies around food and drink can have to climate action, and it is vital we raise awareness and drive action among policymakers and businesses at COP26. That is why WRAP has set out the tangible reductions that can be made simply by focussing on food and drink as key part of climate action.

‘A 50% reduction by 2030 is possible, but we need action as much as talk. And the benefits go far beyond the environment as a more sustainable food system is crucial to feed our expanding global population against a backdrop of changing climate and less predictable weather patterns. Policymakers must pay attention to the critical role food has in helping deliver Net Zero, and I intend to have those conversations at COP.’

The food system is a global network requiring a worldwide perspective. GHG emissions associated with overseas production of food and drink imported, sold and consumed in the UK are more than one-third of the UK’s food and drink consumption footprint.

WRAP’s work details this connectivity to imported food and outlines the need for wide-scale action to prevent the positive actions by one nation inadvertently increasing emissions in another.

At a special briefing in partnership with the United Nations Environment Programme (UNEP) and the World Resources Institute, WRAP today (06 October) outlined how a net-zero food system can benefit the planet and its inhabitants.

It highlighted the scale of GHG emissions reductions that could come from different types of interventions across the food system, such as zero deforestation, decarbonising energy, decarbonising transport and preventing food waste.

It proposed five key actions for UK industry, which will help meet environmental goals such as the UK’s Courtauld Commitment 2030 GHG target (50% absolute reduction in emissions associated with food and drink consumed by 2030 from 2015).

The Courtauld 2030 target is aligned to a 1.5ºC pathway and is a milestone to meeting wider food sector targets for net zero by 2040, including those managed by the British Retail Consortium (BRC) and Food & Drink Federation (FDF).

A food model for other countries

WRAP’s work allows for a full investigation of the implications of actions across the whole food system, to aid policy decisions and focus action by businesses.

The Food System GHG model has been designed to help quantify the scale of potential emissions reduction that could be achieved through a range of actions aligned to existing commitments, such as renewable energy targets, zero deforestation commitments and targets to halve food waste.

The model provides a robust means of monitoring the UK’s total food system emissions (including both domestic production and imports), which is an important metric highlighted in the National Food Strategy. Monitoring progress over time will ensure actions taken are having the right effect.
WRAP believes the model could be replicated in other countries.

As well as the most comprehensive mapping of GHG food emissions to date, WRAP’s report also highlights where food system emissions originated and details the changes between 2015 and 2019, during which time an 8% reduction was achieved by the UK.

It builds on the National Food Strategy and recent Courtauld 2030 progress report, both of which highlighted the significance of the food system for both territorial emissions and our wider global footprint.

Crucially, the report highlights a pathway to achieving a 50% reduction in the GHG emissions linked to production and consumption of food and drink in the UK. This can be achieved mainly by ensuring that existing policy, business and sector-level commitments and targets are delivered.
But warns WRAP, they must be delivered at pace.