The impact of weather on British wildlife 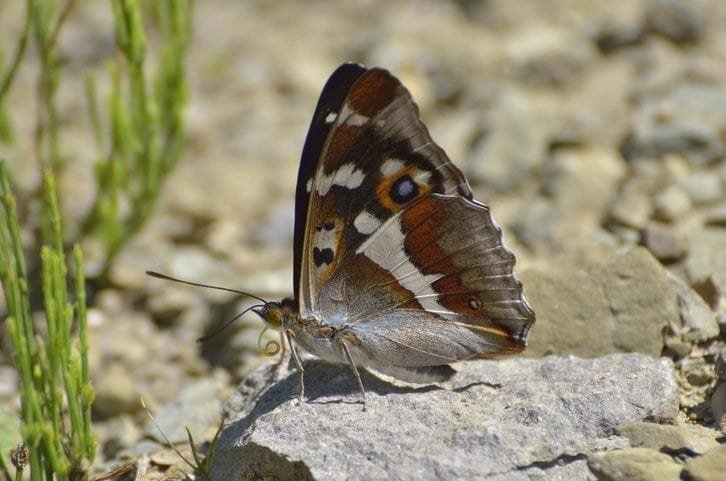 Traditional British seasons were plunged into chaos in 2017 as one of the hottest years on record sparked a ‘freak’ year for Nature, the National Trust’s annual wildlife and weather review reveals.

Spring flowers blooming in autumn, unprecedented numbers of hawfinch and an invasion of the unnerving Portuguese Man O’ War are among peculiar findings in the review for 2017.

The Trust said its ambitious plans to reverse alarming declines in UK wildlife are more urgent than ever amid changing climates and rising temperatures.

For once, winter stayed within its usual parameters, although there were few extended periods of cold or frost. The mild start to the year – combined with a damp summer – contributed to rampant vegetation growth across the country.

This recurring trend – one of the main expressions of climate change – can be damaging for small annual plants, many insects and reptiles.

The dry and mild winter also caused a low spawn count among some amphibians. At Sandscale Haws in Cumbria, rangers reported low numbers of natterjack toads, attributed to a lack of suitable breeding pools.

The premature spring weather prompted many flowers to arrive earlier than usual. Wild daffodils appeared in the Teign Valley in February while elder and dog rose, which usually flower in June, were blooming by April.

Both continued to experience an odd year, flowering into the autumn months at sites from Cornwall to Dorking. Unfortunately, 2017 wasn’t great for orchids, which had done well in recent years.

Balmy weather in May led to a good nesting season for birds – the little tern doing well at Blakeney Point in Norfolk – and a positive flight period for insects. The heather colletes bee thrived on the Purbeck heaths in Dorset, while the elusive purple emperor, the UK’s second-largest butterfly, was spotted at Bookham Common, Surrey on June 11 – its earliest appearance for over 120 years.

A colony of emperors was also discovered at the Trust’s Sheringham Park – they haven’t been seen in Norfolk for 40 years.

There were other instances of warmer temperatures encouraging species to colonise new areas. In the summer, the rare willow emerald damselfly was discovered by Trust volunteers along the Royal Military Canal in Kent, while Atlantic bluefin tuna have been drawn back to UK waters.

Previously common on our shores, the bluefin, recently spotted off Watch Point in Cornwall, vanished in the 1950s after the herring and mackerel they eat was overfished. Now, rising sea temperatures have brought back their food source, and the bluefin has followed.

Warmer waters have also caused squid and anchovies to return to UK seas, and are cited as a reason why several minke whales were found dead off the Suffolk coast.

Overall, it was a good year for bumblebees, with record numbers reported on parts of the Lytes Cary Manor estate in Somerset. Wasps endured mixed fortunes and, despite the warm spring, continue to be scarce in many places.

For a time, it looked like the best summer for a decade was on the cards. Then the schools broke up, the clouds assembled and the UK endured one of the wettest August’s on record. This killed off many winged creatures, though it benefited farmers with livestock as grasses grew rapidly once more.

‘Looking at the bigger picture, 2017 has been one of – if not the – hottest years ever, and that’s led to more unusual occurrences in the natural world, globally and here in the UK. At times, it feels like the seasons are becoming less distinctive, and that makes it extremely difficult to predict how Nature will react. Certain species are good at adapting, which is great, whereas others are struggling – some of them badly. We need to give wildlife the space, time and where necessary, the support it needs, not only to survive, but to thrive.’

The UK experienced its first wet September since 2008. Storm Ophelia, which swept across parts of the UK in October, brought with it an invasion of the beautiful – and venomous – Portuguese Man O’ War. Thousands washed up on UK beaches in what was the biggest infestation of the jellyfish-like creatures since 2003.

Huge spikes in sightings were recorded at Rhossili on the Gower Peninsula and along the Golden Cap, Dorset, while they were noted as far north as Cumbria and on beaches in West Sussex. The storms also caused higher mortality rates among grey seal populations, especially those in Wales and the South West.

In addition to negotiating changing weather patterns, Nature is up against a host of other challenges. The threat of pests and diseases on the nation’s trees snowballed in 2017, spearheaded by the ominous ash dieback. The disease is rampant in the Sussex downs with a report from Nyman’s suggesting there are now more infected trees than healthy ones.

Rangers at the Crom Estate in County Fermanagh and Arnside in Cumbria also reported their ongoing battle to save their ash trees. At some of its places, including White Peak in the Peak District, the Trust is diversifying locally native trees species and thinning ash to increase the chance of some specimens becoming resistant.

The latter months of the year saw an explosion of berries, nuts and seeds, while there was a good apple harvest and reports of a bumper year for acorns. The heavily laden boughs were the legacy of a fine spring, which also meant crops were harvested earlier than usual.

While the UK’s autumn fruits were out in force, the same can’t be said for other parts of Europe, many of which endured a poor tree seed crop. On the upside, this was good news for birders in the UK, who witnessed a remarkable influx of the mythical hawfinch – the largest, rarest and most elusive finch. Flocks in excess of 50 were reported – more than the most dedicated ornithologist could hope to see in a lifetime.

The late summer rains contributed to a prolific year for fungi. The nationally rare powdercap stranger was found at Clumber Park in Nottinghamshire in October while rangers on the Malham estate in Yorkshire discovered an array of extremely rare waxcaps.

‘These days, there are huge discrepancies between the winners and losers in the natural world. I’m extremely worried about some species – especially some of our insects and our native ash trees – but also buoyed by success stories that emerge at our places each year.

‘Successes happen thanks to the toil and diligence of our rangers, gardeners and volunteers, their innovation and experimentation, and the awe-inspiring ability of Nature to bounce back. It’s these special moments that we need to keep sharing to inspire others and encourage them to play their part in the restoration and protection of our natural world.’

Click here to find out how to plant trees, keep them in the ground and help avert climate change.