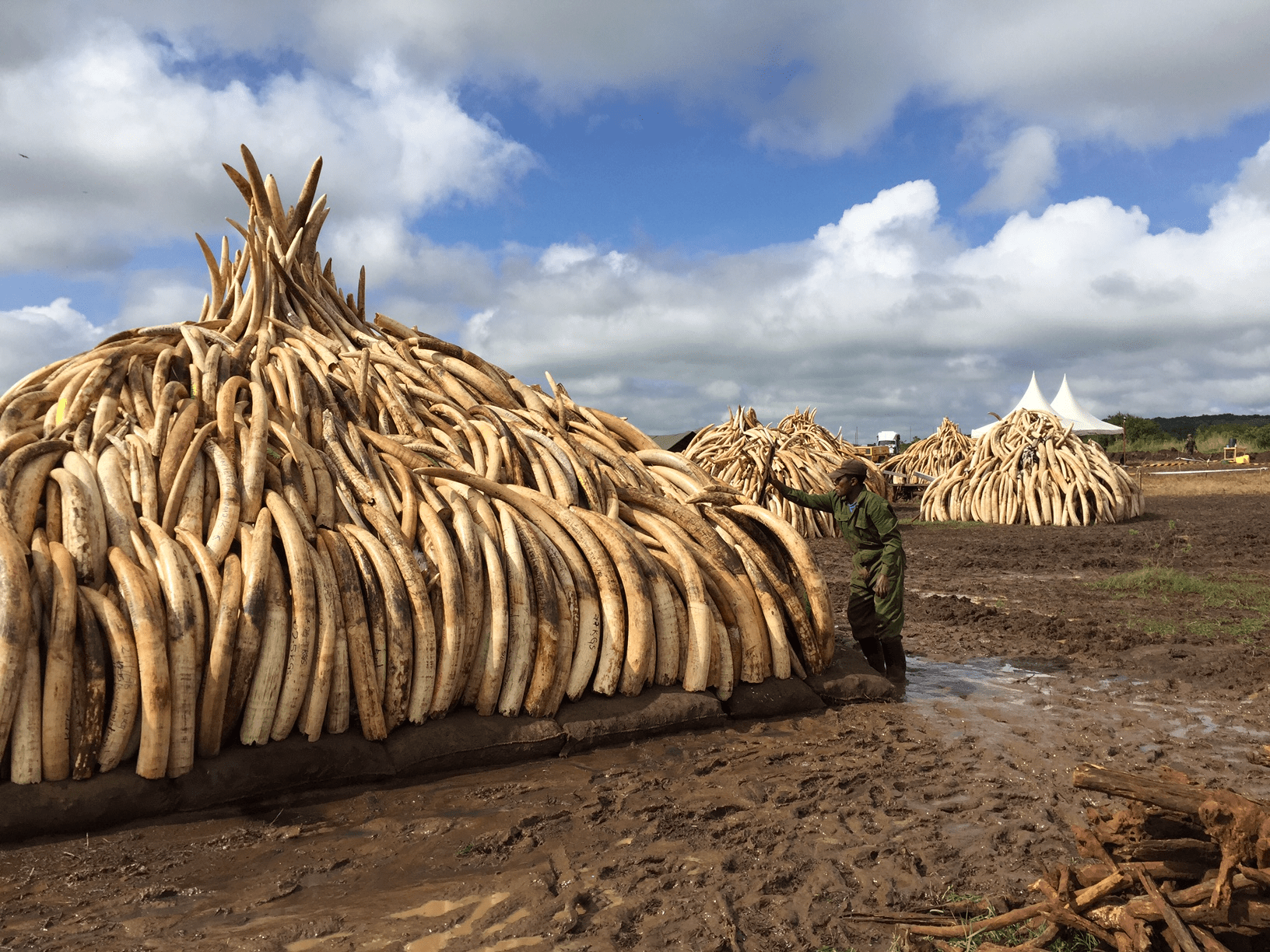 As African leaders soundly rejected ‘those who think our natural heritage can be sold for money’, senior United Nations officials expressed support for Kenyan-led efforts to end illegal wildlife trade during a weekend ceremony in Nairobi where tonnes of elephant tusks and rhino horns were burned to protest poaching, which is pushing several iconic species to the brink of extinction.

A message to poachers

The burning of the 11 massive piles of ivory, which took place Saturday at Nairobi National Park, was organised by Kenya Wildlife Service and partners, and attended by the presidents of Kenya, Gabon and Uganda, as well as high-level UN officials including Ibrahim Thiaw, Deputy Executive Director of the UN Environment Programme (UNEP) and Helen Clark, Administrator of the UN Development Programme (UNDP).

‘This multi-billion dollar worldwide trade is a security issue, an environmental issue, and a development issue.

‘It is pushing vulnerable and endangered species toward extinction. The illicit trade is also fuelling corruption and conflict, destroying lives, and deepening poverty and inequality.’

In the ceremony, 105 tonnes of ivory – worth more than $300 billion – and 1.3 tonnes of rhino horns, nearly all of Kenya’s elephant ivory and rhino horn stockpiles, were burned. It was the largest stock of ivory in the world, and its destruction underlined Kenya’s commitment to ending the poaching of rhinos and elephants and act as a symbolic marker in the fight to end the ivory trade.

It is estimated that between 2010 and 2012, 100,000 elephants were killed for their ivory, out of a population of less than 500,000. The population of Forest Elephants has plummeted by two-thirds between 2002 and 2011 due to poaching, while reports released in 2015 show that African Savannah Elephants have declined by 60% in Tanzania and by 50% in Mozambique since 2009.

Finding ways to curb the illegal trade in wildlife, including elephant ivory, will be one of the top priorities for the second UN Environment Assembly (UNAE) the world’s de facto parliament of environment, which will convene in Nairobi from 23 to 27 May to set the stage for early action on implementing the 2030 Agenda for Sustainable Development.

‘We must also remember that wildlife has more value alive than dead and that wildlife can generate sustainable revenues to fund the education, healthcare and infrastructure that will lift people out of poverty and drive economic growth.’

Speaking at the ivory burning event, Kenyan President Uhuru Kenyatta stated that by killing elephants the continent risked losing its heritage in addition to destroying the highly beneficial tourism industry which has faced numerous threats in the recent past. He urged all stakeholders to become custodians of the planet and its wildlife.

‘No one has any business trading in ivory, for this trade means death of our elephants and death of our national heritage. In destroying the ivory, we reject once and for all, those who think our natural heritage can be sold for money. Ivory is worthless unless it is on a living elephant.’