2013's PEA WINNERS, AND THEIR CRUCIAL CONTRIBUTIONS TO THE FUTURE OF OUR PLANET

The PEAs were a roaring success, with Laurence Kemball-Cook cleaning up with three awards. ‘You will be hearing more about him as he walks it and talks it’, said PEA Awards founder, Jarvis Smith.

‘Congratulations to all our winners this year — and thanks to Jo Wood, Phaldut Sharma and Oliver Heath for helping to give the night a lighter touch.’

Speaking to PQ, Kemball-Cook, 2013’s PEA Champion said, ‘Ideas in the area of sustainability and clean tech have had a hard time in the past three years. Validation of the idea from independent groups, such as the PEA Awards, goes hand-in-hand with commercial traction. Pavegen could play a key role in the smart cities of the future. Imagine if people walking, running and jumping could help power the lights and applications in our cities. This is the first step towards Pavegen’s vision of a more sustainable tomorrow.

‘Winning the PEA Awards has helped put Pavegen in the spotlight as a driver towards a greener planet, and the three awards we won were great recognition for our hard work. However, the work does not end here – it’s only just begun! We have a lot of growing to do as a business and a lot of value to create over the next 24 months of our business cycle. ‘We will be installing our largest installation ever in one of Europe’s largest transport hubs in Q2, alongside a number of other exciting world firsts.’ 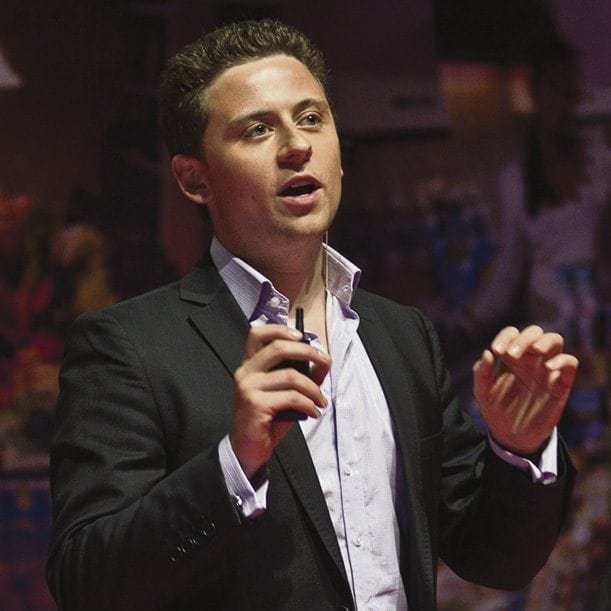 Laurence Kemball-Cook, winner of the Best Energy-Saving Idea and Business Person of the Year PEA Awards, was also crowned overall PEA Champion, 2013, for his work as the founder and CEO of Pavegen Systems. This innovative clean-tech company has designed, built and demonstrated a pioneering flexible paving slab that generates electricity using the wasted kinetic energy from people’s footsteps. An unnoticeable downward movement of 5mm generates up to 7W over the duration of a footstep, enough to power low-voltage local applications such as street-lighting, advertising displays and ticket machines. Since the company’s inception, Pavegen has become the market leader in the footfall energy-harvesting sector, and a series of commercial installations is underway. 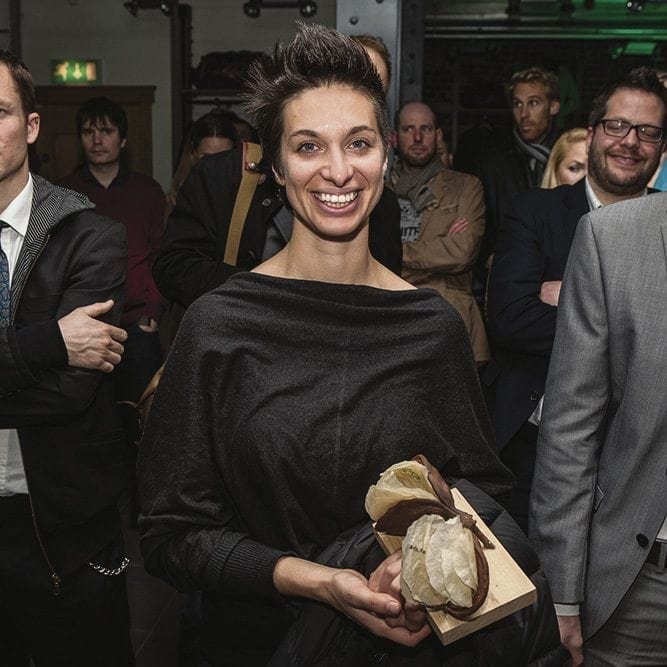 Situated on a formerly derelict plot of land in the heart of the Bristol Temple Quarter Enterprise Zone, Creative Common is a temporary use project that has transformed the area into a bright and vibrant hub for creativity and culture, with environmental sustainability at its heart. It’s on target to attract over 100,000 visitors, creating the equivalent of 58 full-time, local jobs, with a programme featuring 250 individual artists and performers.

O’Callaghan told PQ, ‘I don’t consider myself to be a game-changer – yet! I am just embarking on this journey. You can make events sustainable without beating people over the head about the “green agenda”. I believe it is important to be able to offer a viable alternative that is mainstream, accessible and fun.’ 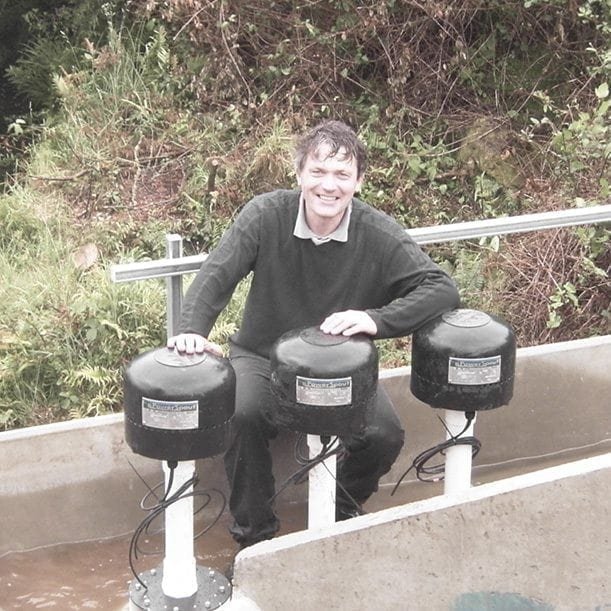 PowerSpout provides micro-hydro turbines for domestic and commercial markets. They are among the most cost-effective and efficient renewable energy generators, achieving up to 60% efficiency, and a single turbine can generate up to 1.6 kW and produce 10,000 kWh per year. Some sites install multiple units to generate up to 16 kW. PowerSpout turbines are manufactured using 68% recycled materials and 77% can be recycled.

Speaking to PQ, Michael Lawley said, ‘Since my teenage years I have been aware of the pressure on our resources. At some point the planet will become sustainable and I hope my work brings this day a little closer.’ 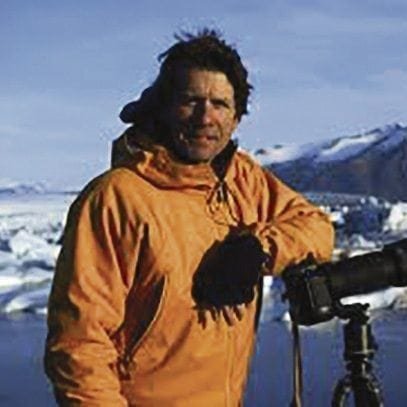 In the spring of 2005, acclaimed environmental photographer James Balog headed to the Arctic on a National Geographic assignment to capture images that would help tell the story of the Earth’s changing climate. Even with a scientific upbringing, Balog had been a sceptic about climate change.

Chasing Ice is the story of one man’s mission to change the tide of history by gathering undeniable evidence of our changing planet. Balog battled untested technology in sub-zero conditions, deploying revolutionary time-lapse cameras across the brutal Arctic to capture a multi-year record of the world’s changing glaciers. His hauntingly beautiful videos compress years into seconds and capture ancient mountains of ice in motion as they disappear at a breathtaking rate.

Campaigner of the Year (sponsored by VegFest) 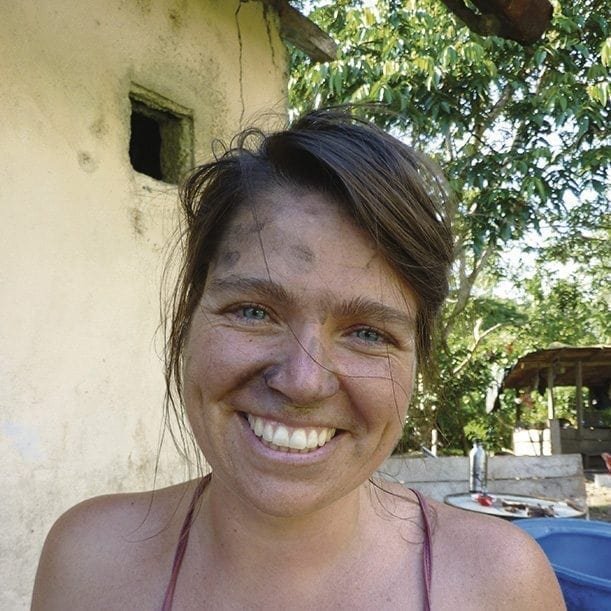 Since starting work in the Ecuadorean Amazon in 2000, Peel has travelled from the headwaters in Ecuador down the Amazon River to Brazil, researching the effects of the oil industry on the environment and its indigenous people. She has produced a number of short films as well as the feature documentary Blood of the Amazon.

Peel co-founded The Amazon Mycorenewal Project, which researches the use of fungi to clean up contaminated sites. She also used 3,200 eco-bricks (empty plastic bottles filled with rubbish) to build the first restaurant in the Amazon that serves local coffee and food wrapped in banana leaves. Peel speaks on Ecuadorian radio and TV about the threats of genetically modified seeds and the dangers of corporate control (namely Coca-Cola and Nestlé) preventing local business from thriving. 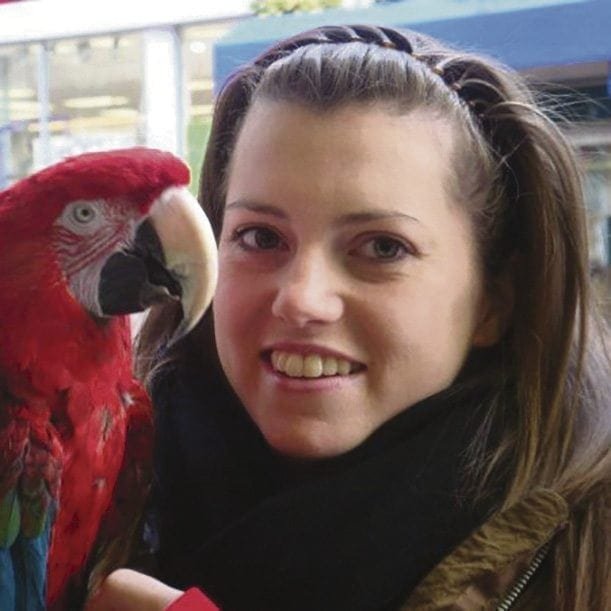 The Conserve me charity aims to advance young people’s understanding of science, biodiversity and wildlife conservation. Working with primary and secondary schools, it designs and delivers a series of interactive and educational science projects, using a wide range of mechanisms to deliver different messages. Since 2010, its projects have supported over 7,500 students from 150 UK schools.

‘Funding our work is the greatest challenge we face,’ Rowley tells PQ, ‘but with a small amount of money and a lot of determination, you can deliver meaningful educational programmes. Receiving a PEA Award has raised my profile with my corporate clients; it it has also been rewarding to know others acknowledge and value the work we do.’

Entrepreneur of the Year (sponsored by Gaeia) 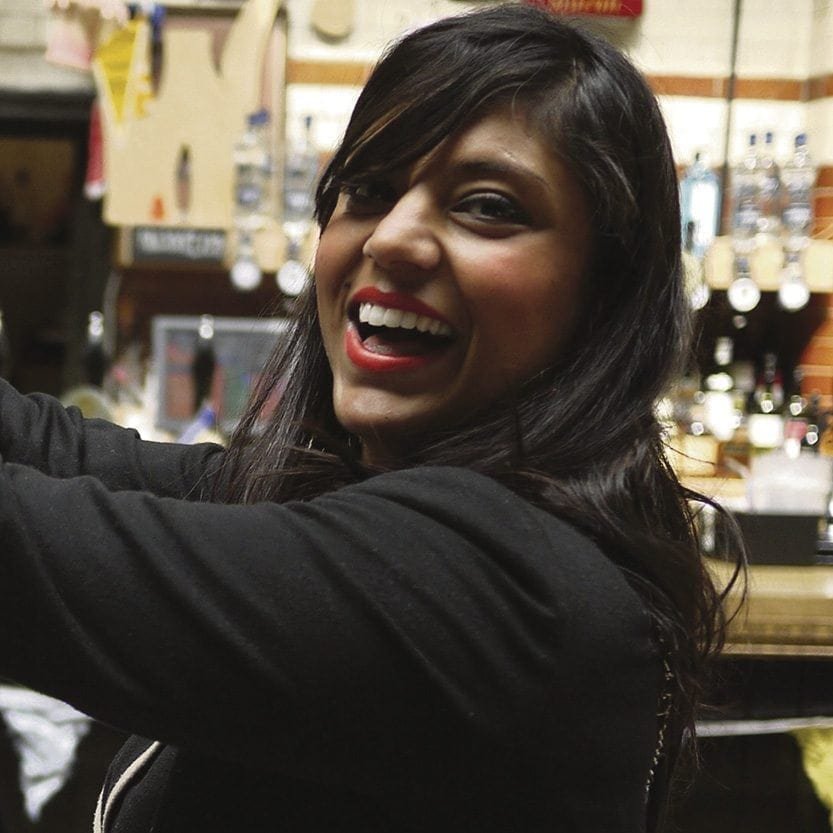 A trip to Columbia Road Flower Market originally inspired Barton to come up with a way to help reduce the cut flower industry’s reliance on disposable packaging. She noticed people universally carried flowers awkwardly and, since there wasn’t a green or easy-to-use solution, she set out to create a contemporary range of designs made from natural fabrics.

Encouraging people to change the way they buy and carry flowers has been Barton’s biggest challenge. ‘I’ve tried to create a range that will appeal to the more style conscious,’ she tells PQ, ‘and I’ve loved being a bit more creative with the online marketing of my brand, Easthetic, to get the product noticed.’ 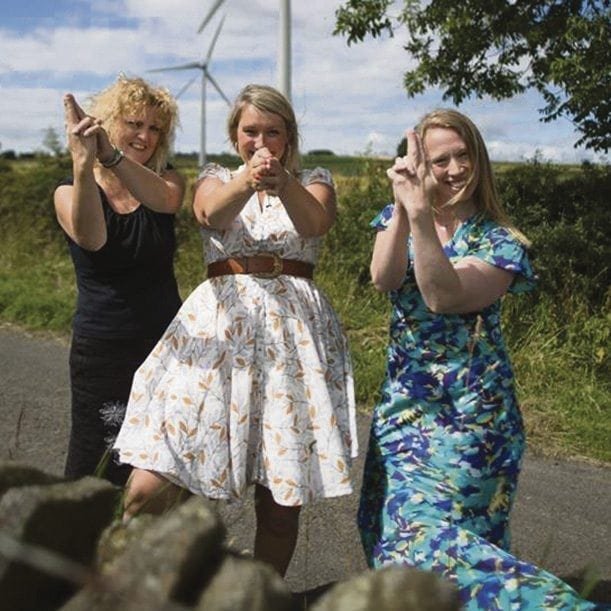 Launched to showcase ethical, British and locally made products alongside motivational stories to inspire like-minded people. The team has organised multiple events, including handmade markets, fashion shows, clothes swaps and business-to-business events the Big Eco Show and Show Your Mussel.

‘Daisy Green was born from the fact that there was little, if anything, in the mainstream to inspire myself or Nicola Alexander, the founder of Daisy Green, to be “greener”’, Suzanne tells PQ. ‘We are both women who like to take care of ourselves, family, people and the planet around us — but we have never been ‘campaigners’ in the traditional sense. Our greatest achievements are getting people to listen and act. To date we have saved at least 10,000 items of clothing from landfill — simply through clothes swaps and then getting people to consider their future purchases.’ 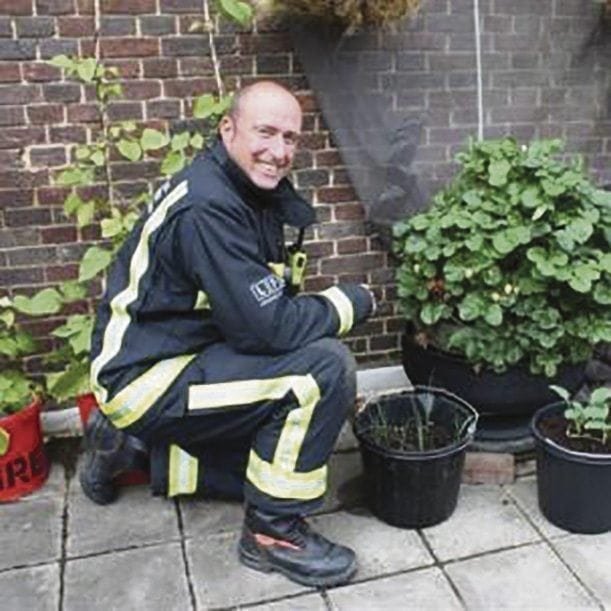 Over nearly 20 years as a firefighter, Jakeman has evacuated flooded homes by boat, chased wildfires through woods and picked up the pieces during storms. A changing climate seems personal to him, and he feels he has to do his bit to change attitudes.

‘Fire and water is my profession, but Earth and sky is my passion’, he tells PQ. ‘The greatest challenge is swimming against the tide; many attitudes are hard to change, but as a firefighter it’s not in my nature to walk away. ‘I hope my PEA Award will give others a nudge to do their bit, too. I may be just a small seed in the wilderness, but if we could all start greening the grey of our cities together, things may eventually change.’ 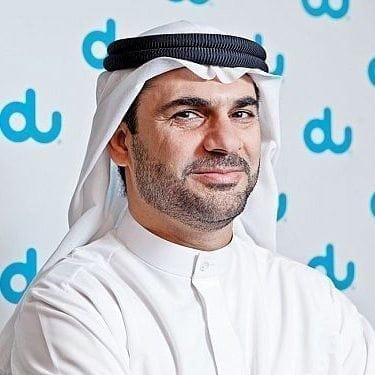 ‘In our desire to become more green, we applied leading techniques and technologies to reduce the environmental impact of this shop’, says Alalyak. ‘Achieving Platinum certification from LEED is a testament to our efforts, however the true reward is in demonstrating that it is possible to open and run a successful, conscious retail outlet in the UAE.’ 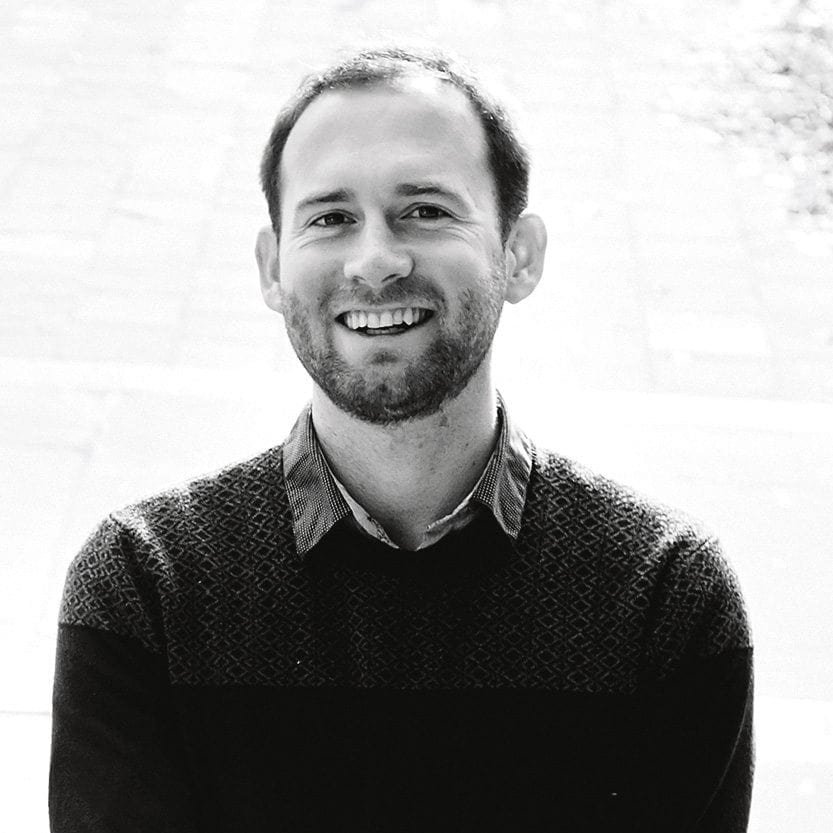 With ‘ex-hippies turned eco-entrepreneurs’ for parents, Jamie Andrews and his sister Kate, co-founders of Loco2, have been green-minded since childhood. ‘Family holidays took us around the world,’ Jamie tells PQ, ‘but it soon became clear that carbon offsetting wasn’t a viable solution to the challenge posed by flights.

‘When planning her post-university travels, Kate hit on the idea for Loco2 (meaning “low CO2” as well as locomotives), and I jumped at the opportunity to get involved. While Kate was on her gap year(s) circumnavigating the globe by land and sea, I set about learning how to build websites. Our greatest achievement is making trains as easy to book as flights at loco2.com — and, of course, winning a PEA Award so I can tell our story here.

In 1995, Blanco began working for the Conservation Association of the Southern Rainforest (now Peru Verde Association), preserving the unique and intact tropical rainforests of south-east Peru — biologically one of the most diverse areas in the world.

‘At the beginning, we developed only conservation projects’, explains Blanco. ‘However, in 1996 we began to work with ecotourism as a sustainability tool. The Cock of the Rock Lodge is one of these projects and is verified by Rainforest Alliance.

‘One of the best achievements for Peru Verde was the creation of the Private Cloud Forest Reserve, which was recognised in 2008 by the entity of the government in charge of the Natural Protected Areas. The main difficulty was in making our staff understand why it is important to use sustainable methods during our activities.’ 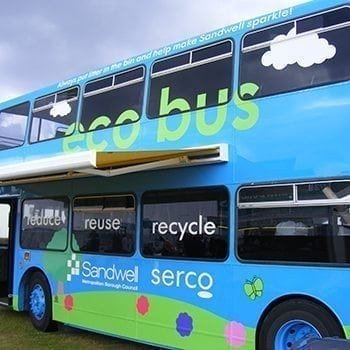 The Eco Bus is a refurbished double decker that offers environmental education with a difference. It provides a fun and interactive classroom where young people and the local community can learn about environmental responsibilities and the importance of reducing, reusing and recycling domestic waste.

The Eco Bus has organised 205 school events and 78 community events within the borough of Sandwell, engaging over 25,000 people. The workshops range from saving water to recycling; each is tailored to the school’s needs.

‘We aim for young people to build skills and knowledge into their everyday education and learning environment, by identifying the problems and coming up with solutions’, says Wingfield. ‘This project also aims to dispel the myth that young people create all the negative issues within the environment; we encourage them to become active participants in their own community and build the values of good citizenship.’

For more information, photos, or to nominate people for the 2014 awards, visit the website.