Otter smuggling is being fuelled by ‘Japanese craze for cute animals’ 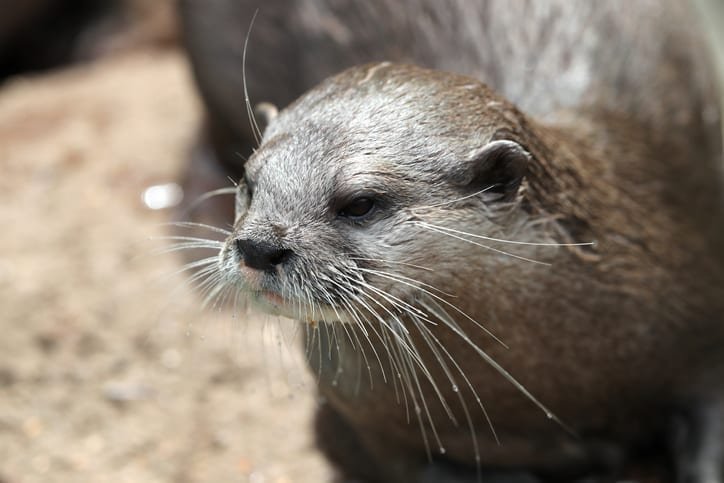 Campaigners have warned of a ‘ dramatic and troubling  surge’ in exotic pets across Southeast Asia, identifying a current ‘otter craze’ – fuelled by social media influencers and interactive otter cafés in Japan – that’s driving the cruel demand to keep otters as pets.

An undercover investigation by World Animal Protection reveals the illegal hunting, trafficking and  increased attempts to captive-breed otters across Japan, Thailand and Indonesia to satisfy a growing international demand for the animal.

The investigation also raises concerns that otter cubs are snatched from their parents in the wild. Their fiercely protective parents are shot or electrocuted, or their nests are smoked out, so poachers can take their cubs.

It reveals an organised network of farmers, hunters, collectors, dealers and exporters who source otter cubs from the wild and export them through their networks – plus evidence of laundering through captive-breeding facilities.

Evidence from the charity also suggests complicity on behalf of law enforcement and government agencies in facilitating the trade. One report from Indonesia stated that a government worker requested operations on otters to remove the gland that causes them to smell, to make them more appealing as pets.

Three out of four otters found in Southeast Asia, including the Asian small-clawed otter, are considered at risk of extinction in the wild by the International Union for Conservation of Nature and Natural Resources (IUCN).

In Japan, where more than a dozen animal cafés feature otters, it was found that the wild animal’s welfare is severely compromised for the entertainment of customers. The otters are sadly heard whimpering, shrieking and making distress calls while customers are interacting with them.

Some are kept in solitary conditions with no natural light, while others are seen biting their claws and exhibiting traumatised behaviour. Some of the worst housing conditions included small cages with no access to water.

With long, sleek, streamlined bodies and webbed feet, otters are born swimmers. They are found in waterways and often seen floating on their backs.  Otters are charismatic, highly social  and  live  in large family groups of up to 20  individuals. This is a far cry from their captive existence as pets.

‘Just because a wild animal is cute, it does not mean you should take it home with you. Unfortunately, this fact appears to be lost on many people as they are influenced by social media, and influencers showing them off as fun and cool pets.

‘Once  otters are in people’s homes,  there  is  no  realistic  way to replicate the space and freedom these animals  would have in the wild.  Many  animals  are kept in spaces vastly smaller than their natural habitats  and  they don’t have  the  correct nutrition, even if owners  have their best intentions  to feed them properly.’

With otters being assessed as ‘risk of extinction in the wild’, urgent attention is needed to address illegal trade concerns and fraudulent captive breeding operations in Southeast Asia.

World Animal Protection is also urging people to not buy, own or breed a wild animal as a pet. A life in captivity is a world away from a life in the wild. Wild animals are not pets, they belong in the wild.