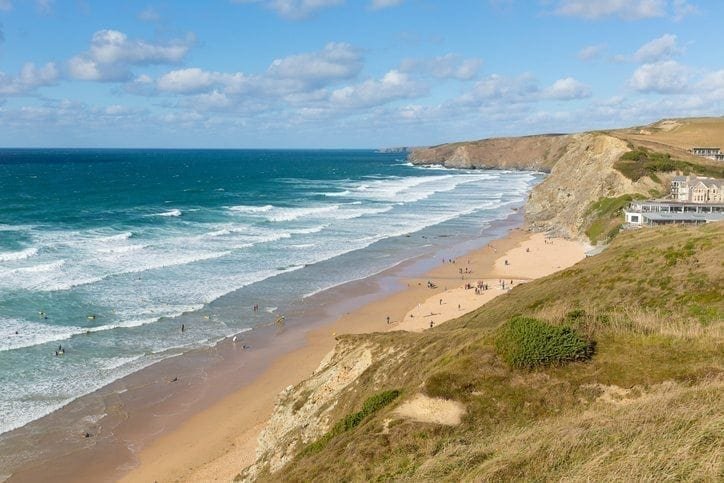 A Cornish beach will become a trading station where beach cleaners will be able to swap tokens for pre-loved items donated by the public to help bring the concept of the circular economy to life.

The UK’s leading marine charity, the Marine Conservation Society (MCS), is running a beach clean with a difference from an idea adopted from Australia.

Lauren Eyles, MCS Beachwatch manager, first saw a Seaside Scavenge in action when she visited the MCS’s opposite number down under – the Australian Marine Conservation Society (AMCS).

‘The idea is to use trash as cash’, Lauren says. ‘People collect beach litter (10 items minimum) and in return receive a token which they can then use to purchase second hand items at the beach market, after they’ve finished their clean.’

Lauren added that the Seaside Scavenge at Coogee Beach, near Sydney, ‘was incredibly popular and drew people’s attention not just to the issue of beach and marine litter overall, but also highlighted the importance of recycling and cutting back on single-use consumption.’

She says she’s confident it can have the same effect at Watergate Bay; the Seaside Scavenge will take place during half-term in the hope it will start conversations within families who will be visiting the coast.

MCS has been collecting good-quality second-hand goods from staff and the wider public and this will be available for people to ‘buy’ with their tokens at the Watergate Bay Seaside Scavenge.

Among the items people will be able to swap their litter for are good quality second-hand clothes, books, belts and accessories, jewellery, vases, pots and pans and a number of toilet roll holders!

Lauren Eyles says the key thing about a Seaside Scavenge is its informality and the fact that it opens up the concept of beach cleaning to a new audience.

‘People can just turn up and clean anywhere along the beach for as long they want, going as far as they want’, she says. ‘We’re not asking them to fill in a survey form – we do all that when they give us their rubbish. Our staff will be on hand to answer any questions about beach litter, the current problems facing our oceans particularly in relation to plastic and how recycling and looking towards a circular economy are the steps we need to take.’

In September 2017, during the MCS Great British Beach Clean, volunteers cleaned up 10% more beach rubbish than in 2016 – a staggering 718 litter items for every 100m cleaned.

20% of all litter found was classified as ‘on the go’ by MCS – and 138 items of this type of rubbish was found over every 100m cleaned. ‘On the go’ litter includes drinks cups, plastic cutlery, foil wrappers, straws, sandwich packets, lolly sticks, plastic bottles, drinks cans, glass bottles, plastic cups, lids and stirrers.

As well as swapping tokens for goods, all beach cleaners are in with a chance to win some fabulous prizes for what they pick up – the biggest haul, most cigarette butts, the oddest item and the largest number of small plastic pieces will all receive prizes donated by local businesses.

The prizes include afternoon tea and a spa treatment at the Headland Hotel, Fistral, a three course lunch at the Watergate Bay Hotel, which has also offered a surf lesson and equipment hire, a meal for four at Rick Stein’s fish and chips, Fistral, re-usable bottles and bags from the Newquay Marine Group, and coffee and cake for two at the Fistral’s Sea Spray café.

The Watergate Bay volunteer beach cleaners will be serenaded by Cornwall- based musician, James Dixon. James is a blues roots and folk guitarist singer songwriter from Bude, who plays a blend of slide guitar, stompbox, tambourine and harmonica.

One reviewer said of James, ‘You can’t help smiling or foot tapping during his performance and his energy commands the attention of the crowd. There is a genuine love of music and performing that radiates from him.’

There’s no need to register in advance for the Watergate Bay Seaside Scavenge, just turn up on the day, find the base on the beach, say who you are, collect kit and get cleaning! You’ll be doing one of Cornwall’s favourite beaches a big favour and you could come away with some real treasure!

Click here to read more about the children’s authors and illustrators who have joined the call to ditch plastic.