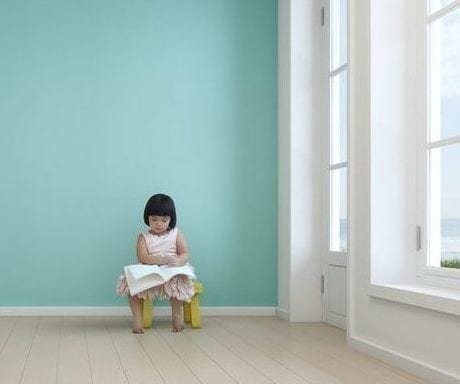 50 of the UK’s best-known children’s authors and illustrators have joined forces to launch Authors-4-Oceans, a campaign to encourage both the book industry and young readers to ditch plastic.

Wonder in a world under threat

The campaign brings booksellers, publishers, literary festivals and young readers together to find eco alternatives to the bags, straws, bottles and single-use cutlery destroying our seas.

Sir Michael Morpurgo, the best-selling author of War Horse and Why the Whales Came, said, ‘The greatest weakness we have, the greatest mistake we make is to take the world about us for granted. We use up the earth we live in at our peril. It is a finite source and we have to remember that. Destroy it, and we destroy ourselves. It is that simple.’

‘As children’s writers we aim to offer young people a sense of the vast wonder of the world, that world is under threat as never before, and with this campaign we’re saying: we can still save the oceans, if we act now. Not soon, but now.’

Authors-4-Oceans is the brainchild of Lauren St John, the Blue Peter Award-winning author of eco-adventures such as Dolphin Song and seaside mystery Kat Wolfe Investigates.

Lauren came up with the idea for the campaign when she ordered a drink in a bookstore and it arrived with a plastic straw. She says, ‘There are hundreds of bookshops across the UK, many of which hand out plastic bags, straws and bottles daily. It occurred to me that an alliance of children’s authors, particularly those who write about Nature and are passionate about the environment, might have a voice together. And if publishers, literary festivals and some of our young readers joined us, well – together, we could make a real difference.’

’a new army of plastic activists’

Publishers Head of Zeus and Knights Of are among those already backing the campaign, alongside independent bookshop Octavia’s Bookshop.

David Stevens, one of the co-founders of Knights Of, said, ‘As a new publisher we have an opportunity to rethink how we tackle plastic use and make it core to our planning around campaigns, packaging and publishing. Publishing can do better and we are proud to be supporting Authors-4-Oceans campaign with our in-house teams and partners across all of our business.’

On the Authors-4-Oceans website, individuals can sign a pledge to commit to 16 easy-to-follow steps to stop the wave of plastic, from ditching single-use plastics such as disposable coffee cups and water bottles to using reusable bags.

‘We are over the moon that this amazing group of authors has taken up the challenge of tackling pointless plastics. In our experience young people are quick to grasp the problem of ocean plastics and come up with innovative solutions, so the Authors-4-Oceans initiative could inspire a new army of plastic activists, which is fantastic!’

The race to halt plastic pollution has accelerated since the broadcast of the BBC’s TV series Planet Earth II. Harrowing scenes of a hawksbill turtle entangled in a plastic bag and albatross parents unknowingly choking their young by feeding them plastic pellets caused widespread shock and dismay.

Last year, a study by the Ellen MacArthur Foundation found that over 12.7 million tonnes of plastic is dumped in our oceans every year, the equivalent of a truckload a minute.

A million seabirds and over 100,000 marine mammals die every year, over 60 million sharks are slaughtered annually and most turtle and tuna fish species are endangered or edging towards extinction.

Oceans are NOT Rubbish

Authors-4-Oceans has teamed up with the Marine Conservation Society, Action for Conservation, the Born Free Foundation and weekly children’s magazine The Week Junior to launch a new competition, Oceans are NOT Rubbish.

The UK-wide schools competition will see children getting creative by designing and building models of endangered sea creatures out of plastic rubbish.

Born Free star Virginia McKenna and her son, Dan Travers, an underwater media specialist who has worked on films such as Paddington 2, will be among the judges, along with environmental campaigner 15-year-old Bella Lack, author Lauren St John and the editor of The Week Junior, Anna Bassi.

The campaign will also include events such as beach cleans and special Authors-4-Oceans festival events, beginning with the Hay Festival on 29 May, to raise awareness of plastic pollution and tackle other marine conservation issues, such as the devastation of tuna and shark species.

Click here to find out more about the campaign, sign the pledge or find out how to enter the Oceans are NOT Rubbish competition.