The first thing to get straight is that sugar is the main culprit when looking for a causative factor in many diseases, especially those diseases referred to as the diseases of civilisation (cancers, heart disease, iatrogenics, diabetes, depression, dementia, obesity and many more).

If processed sugar were not in our diet, there is exceedingly strong historical epidemiological evidence to suggest that many diseases would either never occur, or that their severity would be considerably diminished.

What’s in a name?

It’s not actually called ‘the sugar tax’ – it’s The Soft Drinks Industry Levy (SDIL). As the name suggests, it only applies to soft drinks – not sweets, cakes, biscuits or other sugar-heavy ‘food’ items.

For drinks with more than 5g of added sugar per 100g of drink, the levy will be 18p per litre; for those with 8g or more per 100ml it will be 24p per litre.
A standard can of coke contains over 10% sugar, as do all popular soft drinks. This means the highest levy will apply, which is why producers are making new formulations of their popular drinks.

By reformulating and swapping sugar for calorie-free sweeteners, the producers will be allowed to label their drinks as healthier and low calorie – they’ll even earn tax breaks for making the transition.

The government claims that the producers needn’t pass on the levy to their customers by raising prices, but they probably will.

If it’s the sugar making the public fatter, then will removing it – and increasing exercise – be the answer? Yes. But will replacing sugar with calorie-light sweeteners be the healthiest option? No.

Reams of scientific evidence and numerous personal accounts point to the dangers and side-effects of just one of the main artificial sweeteners, aspartame. Aspartame is so controversial that it will have to have its own column soon.

It truly is a conspiracy theorist’s dream, but the bottom line is that it’s legal and it appears throughout the food chain, even though it is extremely dangerous.

The same goes for saccharine, with repeated links to neurological damage, cancer and hyperactivity. If sugar is replaced with these alternatives, there will be a health calamity in five years’ time.

Some of the other sweeteners include acesulphame K, erythritol, glycerol, HFCS, isomalt, lactitol, maltitol, mannitol, neotame, sorbitol, sucralose, tagatose and xylitol. The science around the safety of these artificial sweeteners is flimsy – to say the least – and the human trials limited, especially when looking at constant consumption. Still, there are links to cancer, diabetes, neurological dysfunctions, obesity, liver and pancreas damage.

It seems a population-wide experiment is currently underway to see the side-effects from this further desecration of the food chain. 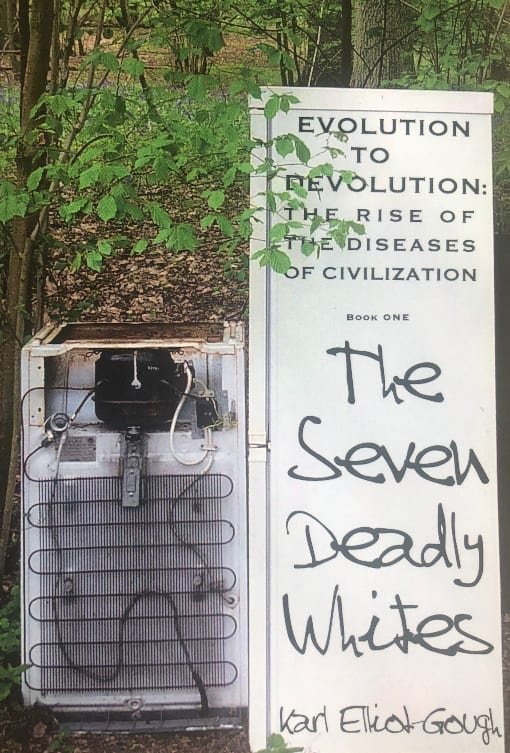 The Seven Deadly Whites is available from Foyles and online book stores.

A tax on the poor

Just like the National Lottery, the sugar tax is ultimately going to be little more than a tax on the poor. The body craves calories; only through education will the population understand that calories from fresh vegetables and fruits is what Hippocrates (the father of modern medicine) meant when he said ‘let food be thy medicine’.

Today, the diet of most people means it’s more true to say food is your poison.
The bottom line is that I don’t want my kids consuming chemical substitutes for sweetness, particularly ones I’ve read are detrimental to their health and development.

As much as I’m aware of the dangers of sugar (it was the first deadly white in my last book, The Seven Deadly Whites, after all), I’d still much rather my kids had some sugar than aspartic acid, 0-sulphobenzimide, neohesperidin, dihydrochalcone, methanol, formaldehyde and a whole cauldron of other chemicals in their guts.

Click here to learn more about the Culinary Caveman.