In a year already marked by heatwaves and new daily temperature records, the United Nations weather agency and television weather anchors have joined forces to create video forecasts that explore how climate change would make future summers even hotter in major cities of the world.

The impact of climate change

The World Meteorological Organization (WMO) and Climate Central, a research and communications organisation based in the United States, invited weather presenters from a dozen countries to work with meteorological services and other national experts to explore the implications.

‘What the weather presenters have created are only possible scenarios, and not true forecasts. Nevertheless, they are based on the most up-to-date climate science, and they paint a compelling picture of how climate change may impact daily life in cities where most of the world’s population lives.’

If greenhouse gas emissions continue to increase, the Earth’s average global surface temperature could rise more than 4°C by the end of this century, according to WMO.

Climate Central has posted an interactive map to visualise these match-ups (see right). It shows many of the assessed cities could see their maximum daily temperatures in summer rise by as much as 6-9°C. 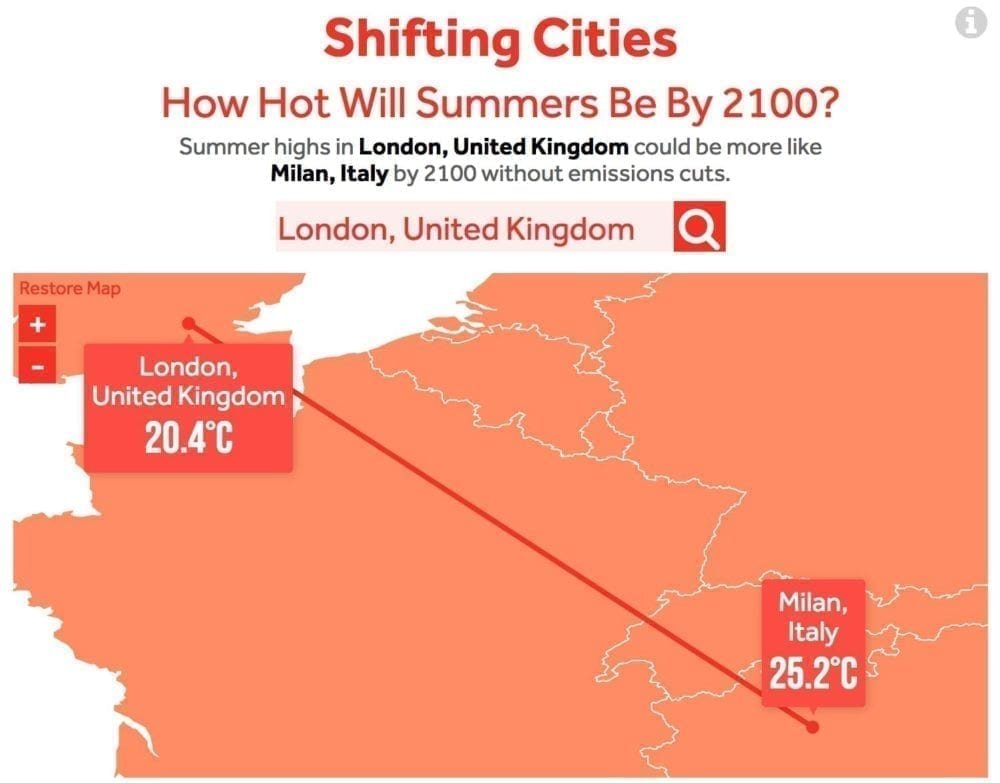 ‘Urban warming could be double that of surrounding areas due to the presence of stone materials and paved roads. This would lead in particular to higher night-time temperatures.

‘The enhanced heat – and an expected increase in associated extreme weather like summer storms – will have major implications for energy and water supplies, public health and transportation. More intense heatwaves would also often lead to poorer air quality, which can even be lethal.’

‘Nature is on its knees’

‘Who voted for this?’

The People’s Plan for Nature

Marching for the oceans