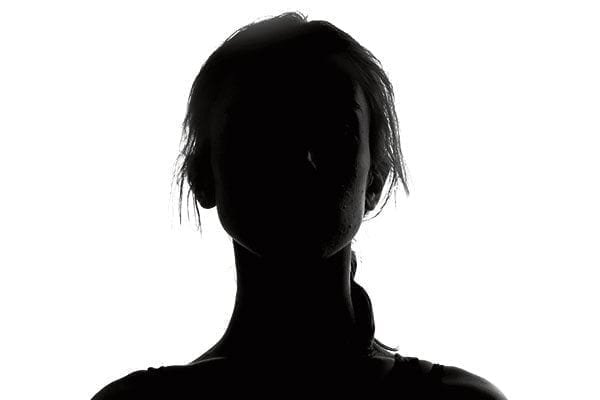 Theresa May has taken the helm at Number 10 and Hillary Clinton was the first female nominee of any major political party in the USA. But what looks like a triumph for gender equality may actually mask a disaster for democracy.

Clinton was one of the two least-liked presidential nominees in modern history. The other was President-elect Donald Trump, who was heard legitimising sexual assault on tape recordings of what he dismisses as ‘locker room’ banter.

In ABC News/Washington Post polls, the two candidates had nearly identical ‘unfavourable’ ratings among registered voters: 59% for Clinton versus 60% for Trump.

It’s almost inconceivable that just before the elections, Clinton – a woman who should represent a beacon of hope for females all over the world – was shoulder-to-shoulder in the popularity stakes with Trump, a man who has been accused of rape and heard sharing day-to-day strategies for abusing women and getting away with it.

On this side of the Atlantic, Britain’s second female prime minister came to power without winning an election and has forged ahead with policies that question her respect for democracy. The nuclear power plant at Hinkley was given the green light despite rock-bottom public support and fracking will go ahead in Little Plumpton, Lancashire despite enormous local opposition and Lancashire County Council’s decision to reject Cuadrilla’s planning application.

It’s not the most convincing prologue to a revolution in rights and equality; is this a false start, or will other changes be necessary before female leaders can flourish in a truly representative democracy?

‘We know that having a woman in charge doesn’t always change things for the better’, says Caroline Lucas, co-leader of the Green party and MP for Brighton Pavilion. ‘Theresa May’s government is masterful in the art of saying one thing while doing another.’

The government’s duplicity is most clearly underlined by its decisions on fracking, nuclear power and the future of the UK’s energy supply. They fly in the face of public opinion and, as a result, directly contradict May’s promise to ‘hand back control’ to the British public.

There is one area in which May appears to be listening: there will be no second referendum, she insists. The people have spoken – and ‘Brexit means Brexit’. But does this reflect genuine respect for public opinion, or is a referendum in which 33 million people were moved to cast their vote – and which was dubbed the largest exercise of democracy in modern British history – simply too big to ignore?

The proof will be in the way exit negotiations are handled, and the degree to which public opinion is canvassed and considered. It’s not looking great so far.

‘Conservatives are treating the referendum result as a carte blanche for remodelling Britain in the way they see fit, rather than using this as the springboard for the democratic revolution we so desperately need’, Caroline Lucas says. ‘Instead of taking the opportunity to negotiate the future with the British public, May looks set to impose her own ideologically driven ‘hard Brexit’ – and that means Britain leaving the single market.’

As well as severing the relationship with our biggest trading partner, leaving the single market would also risk tearing up crucial environmental and social protections that come as part of the package. Moreover, May’s timetable means we also face the seemingly impossible task of completing what are usually seven-year trade deal negotiations in just two years.

‘It’s clearly deeply hypocritical for the government to plough ahead with such radical plans without any proper consultation with the public on the terms of the deal, and without a vote in parliament before triggering Article 50’, Caroline says.

A DIFFERENT KIND OF LEADERSHIP

Irrespective of whether our governments decide to listen, there is a hunger for change pulsing through the UK – and the USA – that will not be ignored. With that comes a real opportunity to advance a different kind of politics that engages with communities and reflects modern Britain. And we’re ready for it.

Individuals and groups up and down the UK are standing up to banks, energy companies and politicians, demonstrating alternative, sustainable solutions to old systems – from community energy projects to financial investments that also consider social and environmental currencies.

Local communities are opposing drilling for gas beneath their homes and the Labour Party has joined the Greens in opposition to fracking. The cost of Hinkley, and the fact that similar projects around the world have been beset with delays, means it’s not too late to avoid throwing billions of pounds of billpayers’ money at the project when we should be investing in renewables. The public hunger for change is far from over.

‘We now also have a chance to demonstrate a different kind of leadership – one that creates other leaders, not followers’, Caroline tells us. ‘That’s what feels exciting about the current swing shift and what can help ensure women political leaders become the new normal.’

While we’ve made some progress towards gender equality in Britain, we still have a long way to go. Up to three million women and girls across the UK experience rape, domestic violence, stalking or other violence each year. 70% of people earning the minimum wage are women and, at the current rate of progress, we would have to wait more than 150 years before seeing an equal number of women and men elected to England’s local councils.

‘I’m particularly concerned about the challenges and discrimination faced by the trans community in Britain; a shocking 48% of trans people under 26 say they have attempted suicide’, Caroline tells us. ‘Whether it’s in politics, the world of work or safety when walking the street, gender inequality is still pervasive in Britain.’

The culture in parliament – which Caroline reveals is often aggressive and unwelcoming – is just one example of where barriers to equality exist and need to be actively broken down. ‘Parliament needs to be held to the same equality standards we demand of other workplaces’, Caroline says, ‘and the way in which women in particular are targeted, threatened and objectified if they are in the public eye needs to change urgently. We all have a responsibility to call that out when we see it and support one another across political divides.’

So what would a truly democratic, equal and representative parliament look like? For Caroline, free childcare would be made available (for politicians’ children, not the MPs themselves) and the rules would be changed to accommodate job-sharing MPs. ‘This would open up parliament to more people’, Caroline says, ‘and give those with disabilities and caring responsibilities a better opportunity to stand for election.’

When it comes to the day-to-day running of the country, Caroline is clear about what she would do as a leader. ‘When a prime minister takes office they are asked to write four ‘letters of last resort’ to instruct commanders on Britain’s nuclear-armed submarine fleet on what they should do in case on an attack’, Caroline explains.

‘Since Britain has been a nuclear state every prime minister has been elected promising to use those weapons if Britain suffered an attack. I would be different – and my first act as PM would be to begin the dismantling of Britain’s nuclear arsenal and a reconfiguring our place on the world stage. If we’re serious about peace-building and ridding the world of nuclear weapons then we need to take a lead by ending our membership of the nuclear arms club.’

With the money saved from scrapping Trident, Caroline would invest in ‘the most important piece of security infrastructure’ we have: our NHS. ‘The crisis in our health service is acute – and I would make it a priority to boost NHS finances and end the failed marketisation experiment that’s doing so much harm.’

Caroline’s top priority as prime minister would be to tackle the greatest threat we face: climate change. ‘I would immediately invest in a nationwide ‘warm homes’ scheme to provide insulation to everyone’, she explains. ‘Such a project would not only create jobs in every part of the country, but it would cut winter deaths, reduce bills and crucially lower the amount of energy we use – thus contributing to the fight against catastrophic climate change.’

It’s fair to say that having a woman in charge doesn’t necessarily change things for the better – because clearly, it depends on the woman.