The world’s most powerful wind turbine 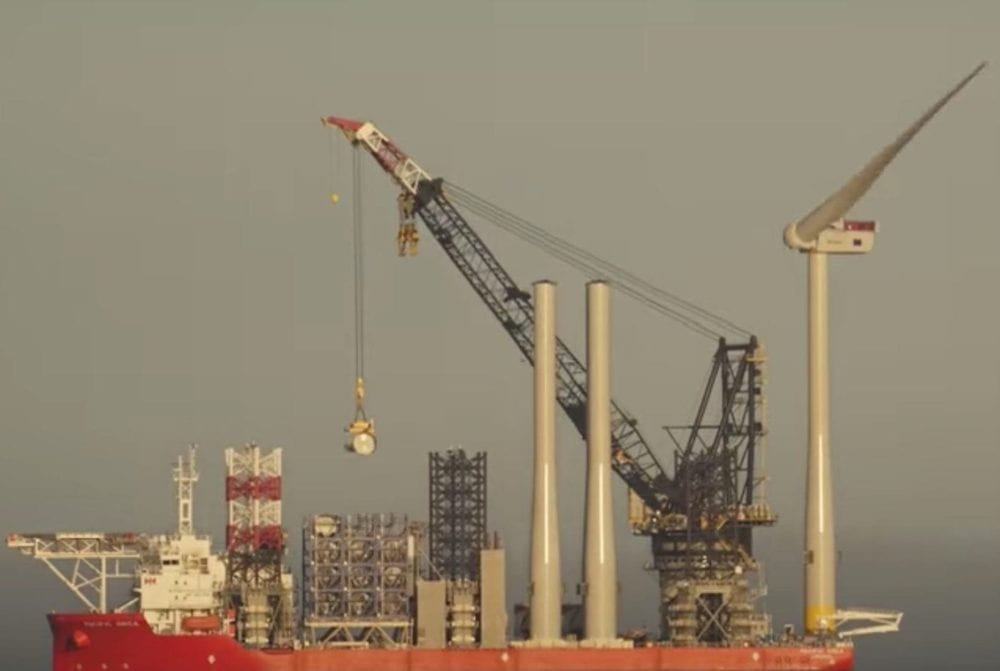 A hat-trick of offshore wind industry firsts has been achieved within a fortnight in North-east Scotland after the world’s most powerful single turbine was successfully installed last week at Vattenfall’s ground-breaking European Offshore Wind Deployment Centre (EOWDC).

The turbine is the first of 11 to be deployed at the ground-breaking facility in Aberdeen Bay. Vattenfall has also confirmed that it is one of two turbines that have been significantly enhanced with further internal power modes to generate more clean energy from the EOWDC.

‘The installation of the first of these powerful turbines at Aberdeen Bay is another milestone in Scotland’s renewables story. Offshore wind, which has halved in cost in recent years, is critical in the fight against climate change, helping to reduce emissions, keep the lights on and create thousands of jobs across the Scotland and the UK.

‘Developments like this have an important role to play in securing the Scottish Government’s target to meet half of all Scotland’s energy demand from renewables by 2030.’

The turbines have a tip height of 191 metres and each blade is 80m long – slightly taller than Aberdeen’s Marischal College. The 164m rotor has a circumference larger than that of the London Eye.

Fossil free in one generation?

The two turbines have each increased from 8.4MW to 8.8MW, and last week’s installation is the first time an 8.8MW model has been deployed commercially in the offshore wind industry.

Together with the nine 8.4MW turbines, this substantially boosts the EOWDC’s output to 93.2MW. This allows the facility to produce the equivalent of more than 70% of Aberdeen’s domestic electricity demand and annually displace 134,128 tonnes of CO2.

The feat of engineering came less than two weeks after the first of the EOWDC’s game-changing suction bucket jacket foundations was successfully installed. The EOWDC is the first offshore wind project to deploy the foundations at commercial scale and pairing them with the world’s most powerful turbines represents another industry first.

‘The turbines for the EOWDC, Scotland’s largest offshore wind test and demonstration facility, help secure Vattenfall’s vision to be fossil fuel free within one generation. The EOWDC, through its innovative approach to cost reduction and pioneering technologies, leads the industry drive towards generating clean and competitive wind energy power – one that will reinforce Scotland’s global energy status.’