Time to switch on renewables 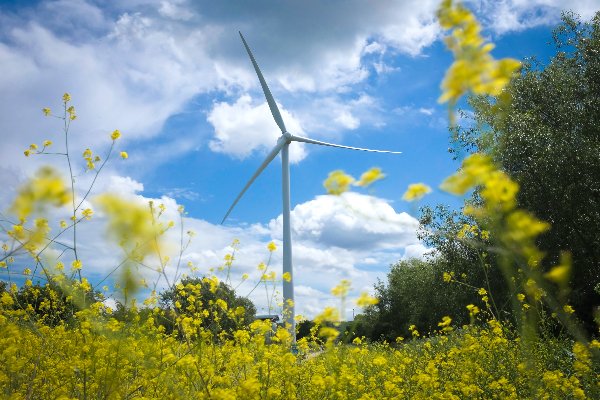 Soaring energy bills continue to dominate the headlines as we brace ourselves for the full shock of the record rise in wholesale gas prices, which have quadrupled in the last year.

The global price of gas is hitting us so hard because gas accounts for one-third of the energy we use in the UK.

From 01 April this year the energy price cap was increased for approximately 22 million customers; those on default tariffs paying by direct debit will see £693 added to their annual energy bill, which will rise from £1,277 to £1,971.

On 06 April the government set out its Energy Security Strategy, a framework for reducing the financial burden of rocketing bills while boosting Britain’s production of ‘cleaner and more affordable energy’ to improve energy independence.

Campaigners were disappointed to see nuclear power’s role in reducing the UK’s reliance on oil and gas, and the plan to build up to eight new nuclear reactors.

This summer the government will also open a licensing round for North Sea projects, despite the International Energy Agency (IEA)’s warning that we must develop no new oil, gas or coal projects if we want to reach net zero by 2050.

Energy experts were also dismayed by the absence of plans to reduce energy use and improve the efficiency of our homes, with many noting that the cheapest energy is the energy we don’t use.

The role of renewables

With onshore wind and solar currently the cheapest way to generate electricity, homegrown clean power is the most obvious solution to both energy security and prices; the strategy sets out a plan to speed up the planning process for offshore wind farms and cheaper energy bills for communities that host onshore wind projects.

‘It’s good to see the government recognising the role of renewables in reducing the UK’s reliance on gas in its Energy Security Strategy’, said Matthew Clayton, managing director at Thrive Renewables. ‘However, deploying onshore wind is the cheapest way to produce more homegrown electricity and the government appears to have missed a huge opportunity to unleash its power. It is more positive to hear that targets for solar are increasing with a focus on commercial rooftops, which enable businesses to reduce energy bills and decrease their carbon footprint.’

The government recently announced a positive step forward in the roll-out of renewables in the UK when it revealed its main renewable energy support scheme – the Contracts for Difference auctions (CfDs) – will take place annually from next year.

The scheme works by providing clean energy generators with a stable, pre-agreed price for 15 years, which ultimately provides the revenue certainty required to kickstart the development of renewable energy projects while protecting bill payers from price shocks.

The importance of storage

The UK’s electricity demand is projected to increase by almost 40% by 2035 as heating and transport transitions from fossil fuels to electricity.

This creates an opportunity to deliver 60-80GW of renewable electricity generation, but in order to replace gas we will also need to see substantial growth in the UK’s storage capacity.

Thrive Renewables is currently entering the construction phase of a 20MW storage project at Feeder Road in Bristol, its biggest battery
investment to date.

The site has the capacity to deliver 1.5 hours (or 30MWh) of electricity to the national and local grid, connecting enough capacity to power 14,771 typical UK homes, and will help to balance out the variability of natural power sources such as wind and solar.

Storage projects like Feeder Road have a huge role to play in our future energy system; they work by storing electricity when it’s at its cheapest and most abundant – when the wind is blowing or sun is shining – and releasing it when consumer demand peaks.

There is also a strong business case for companies to generate renewable energy on site; while adding to the UK’s renewables infrastructure and improving its environmental footprint, the host company benefits from the clean electricity it produces and is better placed to manage costs.

Ultimately, the way to avoid future energy price shocks for businesses and households is to keep supporting the roll-out of renewables and storage and to implement stronger policies on energy efficiency to reduce the amount of energy we need.

In doing so, we not only reduce consumer bills but build a solid path towards net zero.