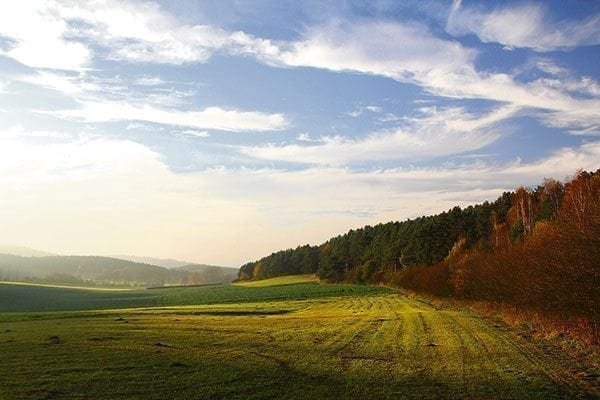 Most of us can download a high-definition film in minutes and stream online content without a hitch – but the internet service you receive is determined more by where you live than by which broadband package you sign up to.

While 83% of premises can receive ‘superfast’ broadband, with download speeds of over 30 megabits per second (Mbps), 2.4 million can’t even get 10Mbps – the bare minimum required for what Ofcom considers an acceptable broadband experience.

‘What other industry would get away with providing differing levels of service – in this case speed – and be able to charge people the same?’, fumes Evan Wienburg, CEO of TrueSpeed Communications Ltd. ‘It’s madness,and maddening!’

Fibre to the Cabinet (FTTC) broadband connects fibre optic wires to each customer’s closest roadside cabinet. For the last stretch from the cabinet to the property, the service is reliant on an outdated infrastructure of copper phone lines.

The length of a property’s phone line – and therefore its distance from the cabinet – is one of the factors that will affect the broadband speed experienced in the home.

‘The problem is that the majority of internet service providers are reselling connectivity over BT OpenReach’, Evan explains, ‘so they’re ostensibly hamstrung by the infrastructure and equipment they can use.’

Somerset is just one of the areas with a dramatic range of broadband speeds. ‘The reality for many people living and working in Somerset is an internet experience that is unstable and varies wildly’, Evan says. ‘In some areas it can take more than ten times longer to upload material. Our average download speed here in Chew Valley is just 3.8Mbps, so we know first-hand how frustrating it can be.’

It’s a frustration that has been on Ofcom’s radar for some time; the communications regulator has warned of a ‘persistent digital divide between those who have access to the latest technologies, and those who do not’, stating that those left behind ‘risk social and economic exclusion’.

The government has pledged to provide superfast broadband coverage to 95% of UK premises by the end of 2017 – but as yet there’s no silver bullet for extending the service to the hardest to reach – often rural – parts of the UK, dubbed ‘the final 5%’.

Nearly 5 million are still waiting for superfast broadband to be rolled out to their area, but major internet service providers (ISPs) would argue it’s simply not economically viable to invest in the infrastructure required to deliver the service to every UK doorstep.

‘It’s not that the ISPs have failed,’ Evan tells us, ‘they just haven’t tried.’ In the meantime, customers continue to pay for speeds they in many cases have no hope of receiving. ‘People have got used to being short-changed’, he says.

There was only one thing for it: in 2014 Evan set up TrueSpeed and started to build a brand new network that would provide an alternative – and superior – broadband service across the South West. ‘We have a different philosophy’, Evan says. ‘Tell people what you are going to deliver then deliver it.’

TrueSpeed broadband is a technologically brilliant Fibre to the Premise (FTTP) service. It delivers broadband to each customer’s home – rather than their closest cabinet – so it’s not at the mercy of old copper wires and there’s no risk of the service deteriorating on its way to the front door.

It’s capable of delivering eye-watering speeds that Evan believes will ‘future-proof communities for generations to come’ – a vital consideration as home tech capabilities continue to advance and our lives get more and more data-rich. 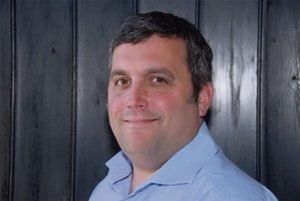 ‘My only view regarding how government money has been spent is that perhaps it would have been better to start with the hardest to reach first and work back from there. We are proving there is investment appetite to deliver networks where demand is high enough, and that’s just about everywhere.’

‘With TrueSpeed broadband, when we need to up the speed we simply apply a software update taking it from 100Mbs to 1Gbps, or whatever is required’, Evan explains. ‘This means no interruptions in service, no disruption to property and a transparency in technology that some of our counterparts cannot put their names to.’

A NEW KIND OF SERVICE

TrueSpeed broadband provides download and upload speeds of 100Mbps in a symmetrical service that isn’t affected by the number of people streaming, working or gaming on different devices at the same time. ‘Currently to get a service that compares would cost you many hundreds of pounds per month for what’s called a leased line’, Evan explains. ‘The excess construction charges would also normally be many thousands of pounds. If you don’t believe me go and get a quote to see what you’d get charged to have a 100Mbps symmetrical line installed.’

A TrueSpeed connection costs £47.50 per month, which includes the line rental most of us have got used to paying plus a brilliantly clear telephone service. ‘It compares in price with what I pay BT for my 2Mbps and telephone, so I think it’s very good value – a lease line capability for the price of what you are getting right now.’

The value for money is hard to ignore, but Evan acknowledges that this is a new technology in a market rife with false promises. Awareness and education will be paramount in the drive to acquire new customers – and it will need to take place at scale: minimum uptake from a given community needs to be around 30% before TrueSpeed can start to build the infrastructure to service it.

Beneath all the super-duper technology and future-proof kit is a very simple guiding philosophy that seems to resonate with residents in the South West – so much so that Evan has been ‘thrilled’ with the level of interest to date.

Evan firmly believes that those who want – and pay for – superfast broadband should get it, and that the service should be as reliable as any other domestic utility. Like the water piped into your home, it should always be available when you need or want it.

‘We want to offer a true choice, allowing people to move away from the monopolistic providers and from services that are intended to trap and confuse. We pride ourselves on transparency, fairness and delivering a service that will be able to cope with future demand.’

As a demand-led business, TrueSpeed can in theory deliver ultrafast ‘point-to-point’ fibre broadband to any community, city or conurbation that wants the service, though the current focus is on connecting the South West of England. This isn’t, Evan assures us, just because the team lives and works there, but because he feels it’s a beautiful area with a great quality of life that shouldn’t be hampered by a poor internet service.

‘We believe you shouldn’t need to sacrifice your connectivity because you choose to live and work in rural areas, which ultimately enhance our lives – and those of our families – in so many other ways’, Evan says.

Still, the goal is to expand into communities further afield; with significant private investment already secured, Evan sees a ‘momentous opportunity’ to deliver connectivity to a broader market – perhaps even the entire final 5%.