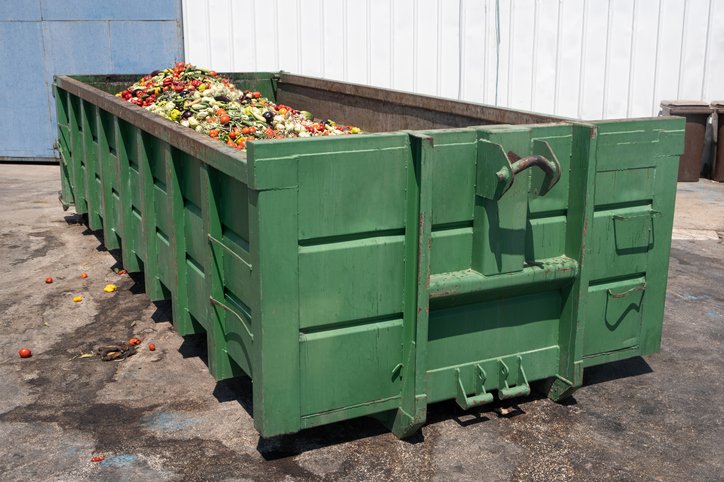 The latest figures for surplus food redistribution in the UK show that the amount of food saved from becoming waste continues to rise significantly.

But WRAP, which monitors UK surplus food as part of its food waste prevention work, warns that each year nearly 200,000 tonnes of perfectly good food still go to waste in the supply chain.

Against a backdrop of rising food prices and impacts on the supply chain, the collective efforts of the UK’s retailers, food manufacturers, hospitality and food service businesses and voluntary sector managed a 16% increase in surplus food redistribution in 2021.

In that year alone, more than 106,000 tonnes of surplus food – the equivalent of 253 million meals – were redistributed via charitable and commercial outlets, with a value of more than £330 million.
In 2021, charities handled six times more surplus food than in 2015.

The commercial sector took the bulk of surplus food from manufacturers in 2021, with retail the largest supplier to the charitable sector.

The hospitality and food service sector continues to increase the tonnage of surplus food it redistributes.

The types of food redistributed remain similar, with the amount of fresh meat and fish, drinks and ambient food doubling between 2019 and 2021. Fresh produce, dairy, chilled pre-prepared and frozen food all fell in 2021, with bakery and chilled-prepared foods now lower than in 2019.

Today’s announcement of a sixth year-on-year rise in redistribution follows a Food Standards Agency report highlighting the need to increase the amount of food redistributed, to ensure that as much surplus food is redistributed to people rather than going to waste.

The NGO continues to work with businesses to implement this best practice across supply chains, but warns that uptake could be faster.

‘It’s devastating to see how much food continues to be wasted from supply chains when so many people are struggling to afford the basics, and food redistributors say they can take more.

‘Whilst we welcome the increased amount of food being redistributed in the UK, we know there is a huge amount of good food – 200,000 tonnes of it every year – that could be feeding people.

‘Wasting food also feeds climate change, as all the resources taken to produce the food are thrown in the bin with it.

‘We urge all food businesses and their suppliers to adopt our guidance on redistribution as a priority and help more food get to the people who need it. The surplus food is there, and there is so much more that could be saved at this difficult time for UK families.’

Work through the Courtauld 2030 Redistribution Working Group has been instrumental in increasing redistribution, with grant-funding by government helping to expand capacity and capabilities within the sector.

Grant support of more than £12 million in Defra grants was awarded to around 250 projects, with funding and donations awarded from other UK governments and businesses.

‘The UK’s network of food charities provides a lifeline for many people, and while they serve a crucial function in supporting families, they are also a key environmental tool preventing food waste.

‘Grant support has significantly helped to speed up redistribution, not least during lockdown when we funded 230 not-for-profits with more than £3.8 million. Though the Resource Action Fund alone, a total of 17 small and large-scale organisations have been able to feed people and prevent nearly 30,500 tonnes of food from going to waste, saving around 122,600 tonnes of GHG emissions linked to food. This created 27 new jobs and meant help could be given to more than 200,000 users of those organisations.’

Today’s figures were announced as Defra Minister for Food, Victoria Prentis, attended the one-year anniversary of the opening of London-based food redistribution charity The Felix Project’s depot in Poplar.

This received an £800,000 government grant under the Resource Action Fund, administered by WRAP on behalf of Defra, which enabled the charity to develop and furnish a new depot beside its existing kitchen and expand the amount of food it handles.

‘Nobody wants to see good food go to waste. As a country, we waste enough food to fill up Wembley Stadium eight times every year. That is why the work of groups like WRAP and the Felix Project are so important.

‘With a 16% increase in surplus food redistribution in 2021 and more than 106,000 tonnes of surplus food redistributed, reducing food waste is a great example of what we can achieve when we all come together. Our Food Waste Prevention Programme has provided 300 grants totalling almost £12 million since 2018. Food is a personal and political priority for me, and I am delighted to be able to support WRAP and the Felix Project today.’

Redistribution has more than tripled since WRAP first reported figures in 2015. An estimated 426,000 tonnes of surplus food worth more than £1.3 billion has been saved from wastage – the equivalent of more than a billion meals in six years.